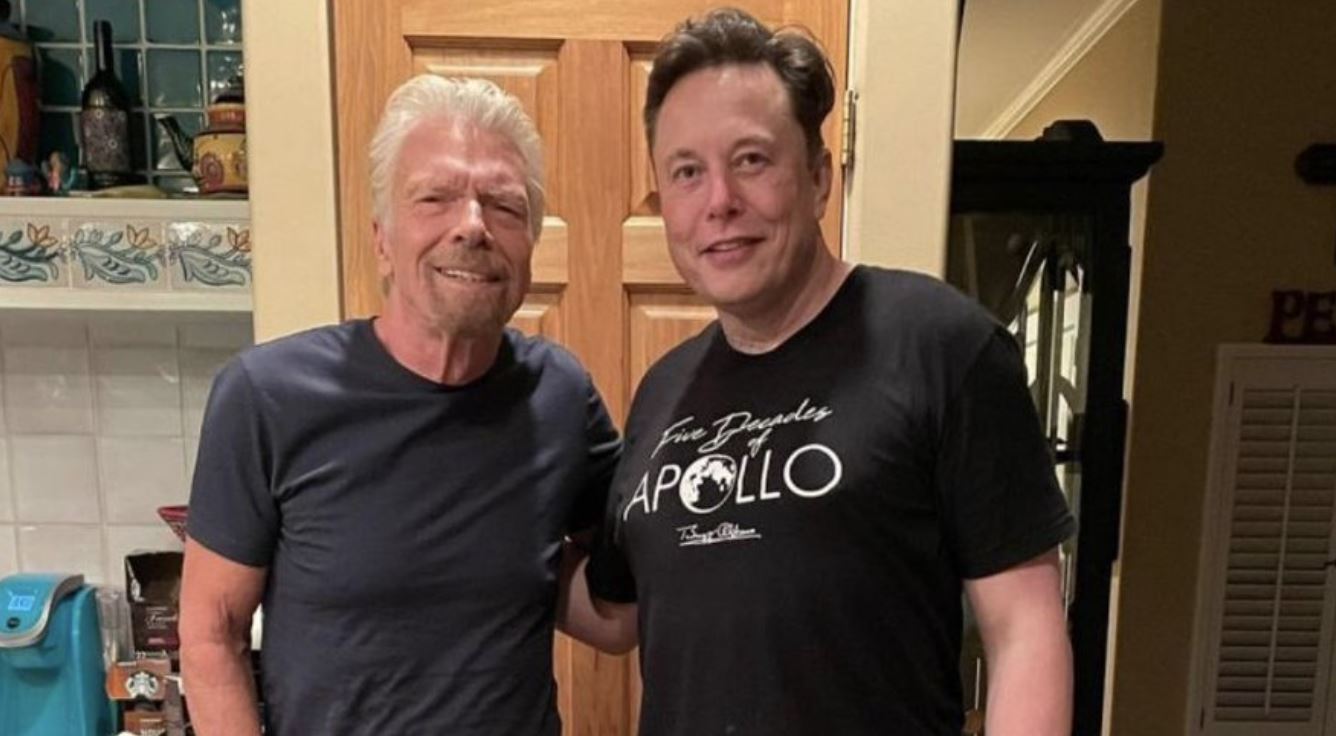 We all know that Elon Musk is kind of a big-shot on Twitter, but he doesn’t only use it to talk supernerd stuff, post memes, and spend time after blazing a few spliffs. Yeah, nah, he also uses it to stick up for his mates, and you really can’t hold that against a bloke. Obviously, Sir Richard Branson probably doesn’t really need Musk’s help, but he’ll be thankful for it nonetheless. After all, that’s how Space-Bros roll.

Anyway, as you’re probably aware, Branson successfully completed the world’s fully crewed flight into space. Now, with Musk being a competitor in the tycoon space race, you might think this would leave him a bit butthurt.

Apparently not, though. Yeah, nah, he was hanging out with Branson before the flight. Branson, the founder of Virgin Galactic – and a million other things – posted a tweet in which he was pictured with Musk.

One can be a billionaire but still have an ugly kitchen.

It didn’t take long for people to start hanging s**t on Branson’s kitchen cabinets, eventually forcing Musk to get involved. Right after people claimed, that “Luann was right – money doesn’t buy you class,” Musk added his own thoughts.

to have billions of dollars and THOSE cabinets? what's the point. pic.twitter.com/OvLhSt9Uxm

He replied by saying, “It was Richard’s rental house, which overall is great, but I agree regarding the cabinets haha. This was 3am, day of flight. Wasn’t expecting this brutal pic of me to be posted, but oh well.”

As we mentioned before, you can’t blame Musk for sticking up for his mate, especially when it’s been reported that he’s purchased a seat on a Virgin Galactic rocket.

It was Richard’s rental house, which overall is great, but I agree regarding the cabinets haha. This was 3am, day of flight. Wasn’t expecting this brutal pic of me to be posted, but oh well.

Final thought: Yeah, nah, regardless of your thoughts on Musk, he’s done the right thing here. It’s only right and proper that you stick up for your mates when they cop s**t from strangers. Especially when you still get in a bit of a dig yourself. Top work, Elon. Top work, mate.