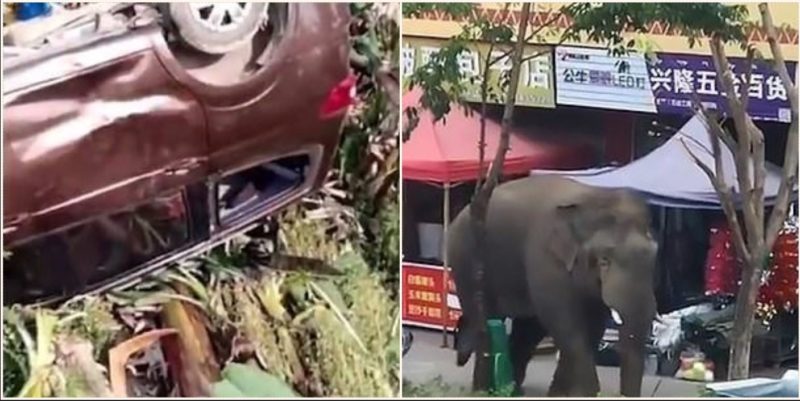 If you’ve ever come across a group of toey incels online, you’ll know all too well that some people don’t cope well when they can’t get no satisfaction. Unfortunately, people aren’t the only ones who don’t know what to do when they’ve got a mad case of blue balls and nowhere to spunk their gunk. Yeah, nah, elephants apparently get pretty worked up when they can’t work it out. Unlike incels, though, they don’t direct their rage at the girls who give them a wide berth, they take it out on cars and s**t… 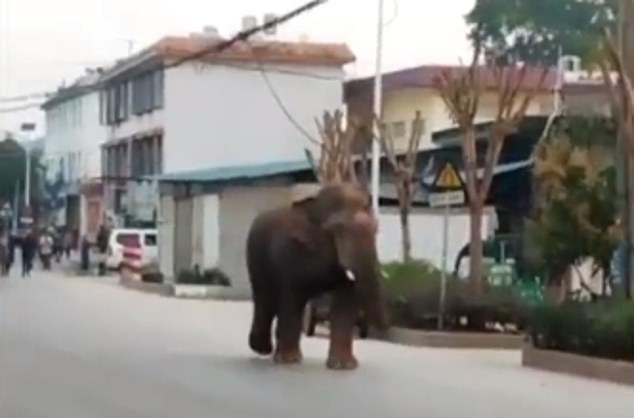 As you know, elephants are pretty f**ken big. That’s precisely why you don’t want to f**k with them if you can help it. In this video – filmed in Menghai in China’s Yunnan province – an elephant who found himself rejected by the ladies passes through town while officials try to evacuate the public. 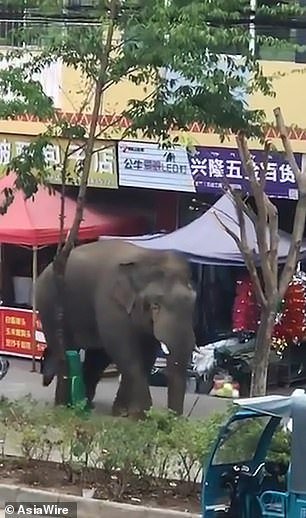 Apparently, the cranky pachyderm, who probably should have sorted himself out with a bit of a wankyderm, had some frustrations to air. Short of a Wifi connection, and more than likely unable to manipulate the keys on a laptop without cracking the screen, the thirsty bugger decided to just smash some s**t instead. 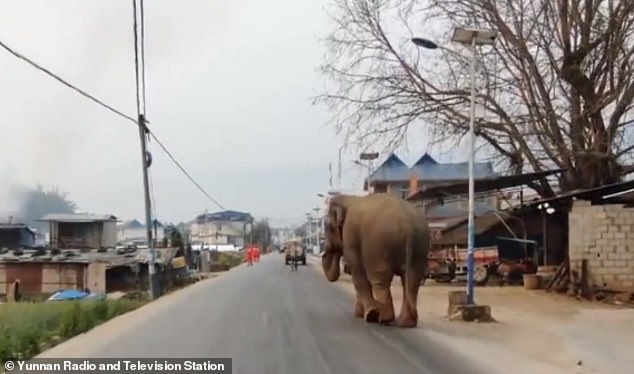 In the footage below, you’ll see the loveless bugger mosey on through town. Now, there’s a fair whack of posturing from the elephant here. As local forestry police try to evacuate the curious locals, it does a bit of shaping up. It’s looking at people like, “What? You don’t think I’m handsome either? You don’t think this trunk is big enough? You think my tusks are puny? You’re just like all the others – unable to handle my majesty!” 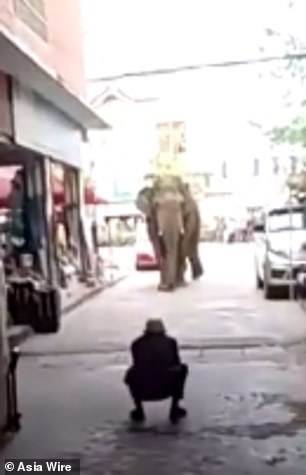 And, er, yeah, according to reports, it smashed up nine vehicles on Sunday morning. Li Wen, a wild elephant observer in Menghai County said the animal failed to find a mate on its Saturday night out and was ‘in a bad mood.’ 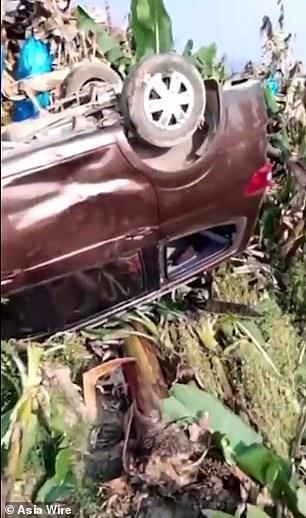 Final thought: If there’s anything this shows us, it’s that elephants can be just like people too. They have emotions and sometimes they need to vent. Of course, just as the Simpsons taught us, some elephants – like some people – are jerks, and they clearly don’t deserve the love they crave so badly.