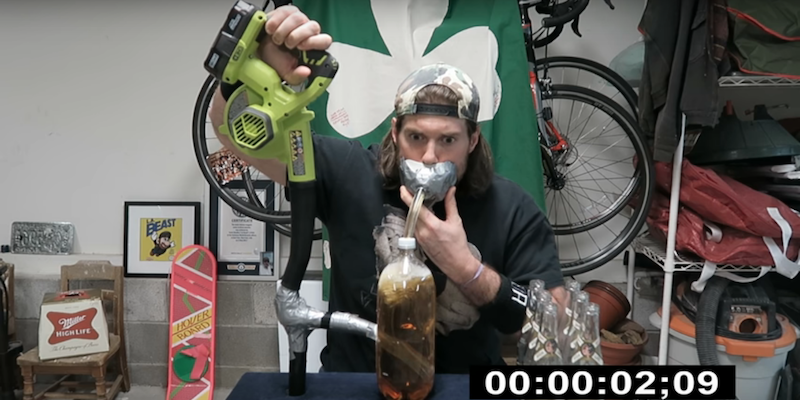 In the following clip, a fella going by the name of L.A. Beast (real name Kevin Strahle) attempts to chug six beers in under 40 seconds, using a goddamn leaf blower.

When it comes to people doing crazy sh*t on YouTube, there are plenty of videos out there but what I like about this lad is the inventiveness of his beer-chugging contraption: he’s clearly thought this through.

An abbreviated version of the YouTube video caption reads:

“When it comes to consuming food and liquid, the L.A. BEAST is always trying to think of NEW & INNOVATIVE ways to improve his Competitive Eating Speed & Agility to allow himself to consume at a faster rate than his competition…After studying the Physics behind Air Flow & Gravity & Finding a Mini High Powered Leaf Blower, this is what the L.A. BEAST has created…” 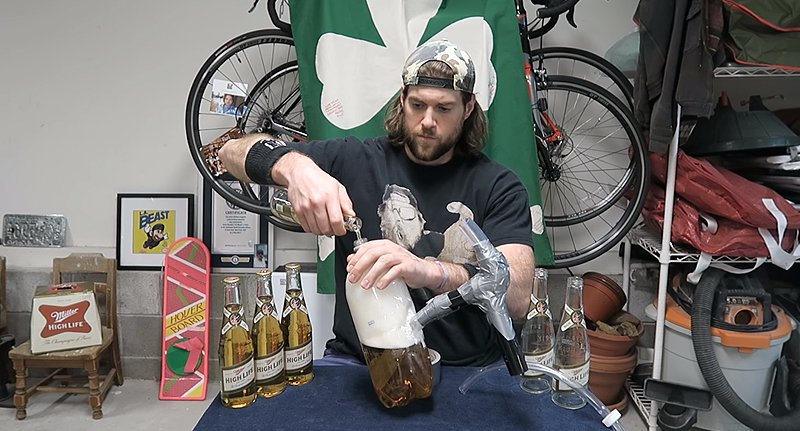 Strahle hits the power button on the leaf blower and in a little under 40 seconds, all six beers have been rocketed down his throat at full speed.

He follows that up with a bit of congrasturbation and burp that would make Booger from Revenge of the Nerds proud. 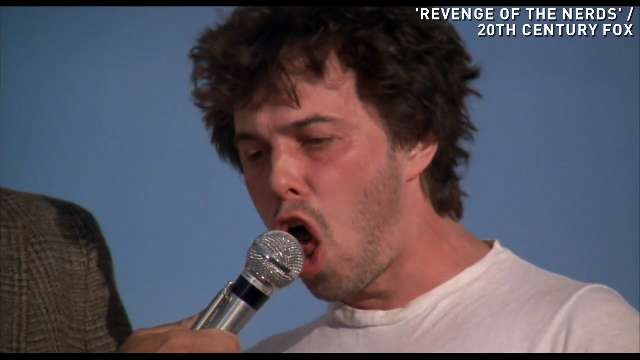 The man, the legend

He then takes the opportunity to put his name forward for a job at NASA.

“I’m the L.A. Beast…and if anybody from NASA needs any more scientists, don’t hesitate to give me a call. I’ll let everybody know when the leaf blower, 72oz liquid annihilator, is available in my merch store. Have a good day.”

This isn’t the first time that Strahle’s done something insane on his YouTube channel: in the past, he’s eaten a three pound ostrich egg, munched on a box of crayons, drunk a gallon of Tabasco sauce, and even eaten a bloody cactus.

Obviously, don’t try this at home: it simply can’t be a healthy way to consume alcohol (although I guess it’s one way to get Miller High Life past your tastebuds). 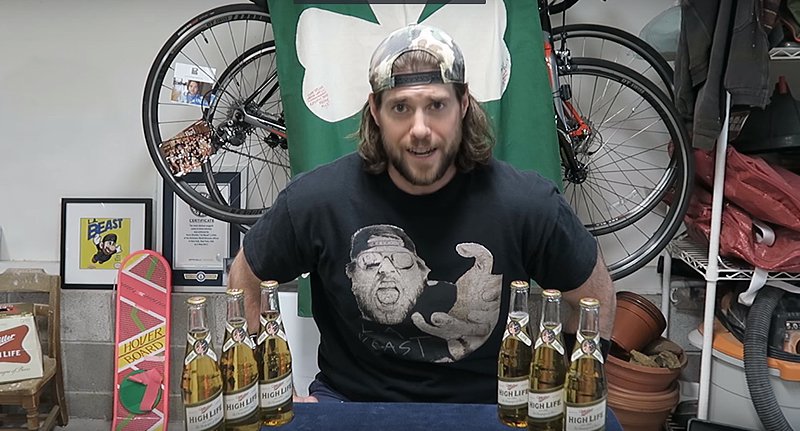 CHECK OUT THIS ABSOLUTE MANIAC ON THE PLAYER BELOW: