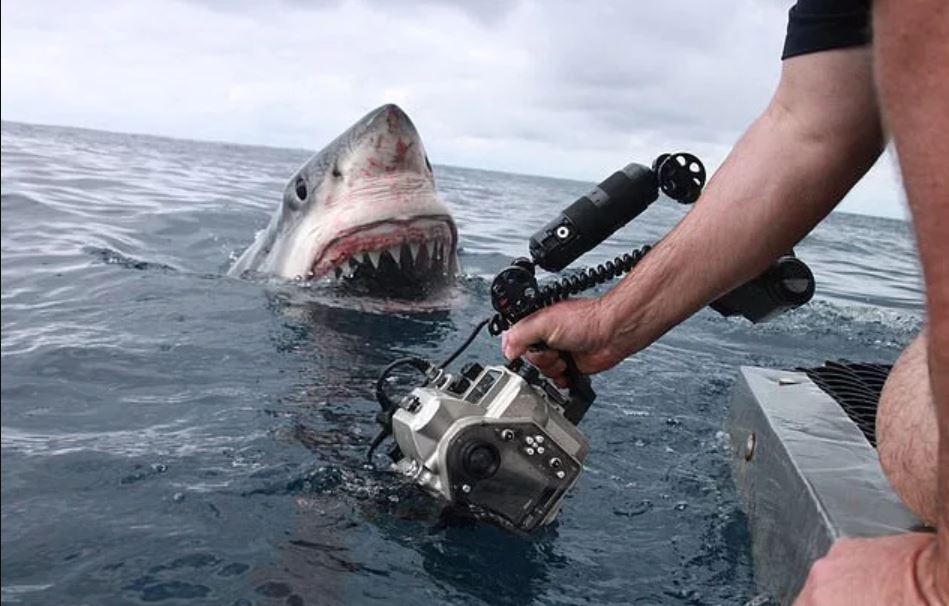 Let’s talk f**ken sharks for a moment. Everyone knows what they are and just how badly they can f**k you up, but despite our love of wildlife, we don’t talk enough about the b**tards on this website. Having said that, here’s all you need to know about sharks like the white pointer. They’re scary as f**k, they can get f**ked and swimming in the ocean is a fool’s game. Still, we like to look at pictures of them. Especially when they’re as awesome as this one. 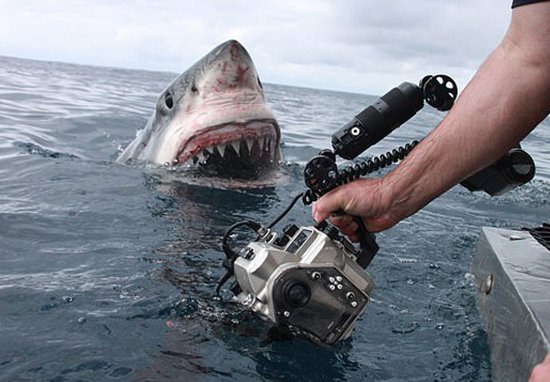 So, obviously, while sharks make me want to s**t in my grundies, I don’t wish them any ill-will. They’re bloody majestic, and they can have as much of the ocean as they want if you ask me. The West-Australian shark cull was bulls**t and anyone who reckons it was a good thing, can suck a fat d**k. But, they are bloody scary. 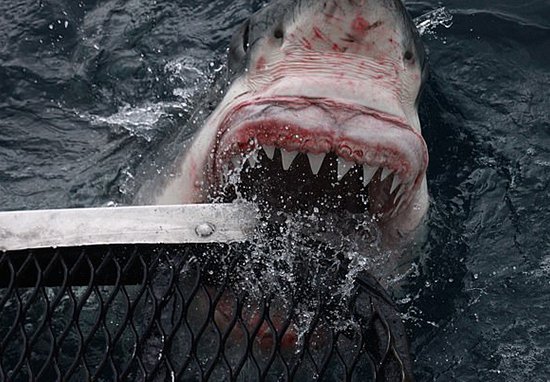 Anyway, when commercial Abalone diver Luke Thom was taking photos above a shark cage, he was lucky enough to get the exact moment a shark f**ken went for him. Clearly still chagrined by Mick Fanning’s victory over a hungry shark a while back, this one saw a human and decided to have a crack.

I was watching Andrew Fox taking these incredible photos of great white sharks so I thought I’d try to get a shot of him getting his photo because of how close he gets to them with the fish-eye camera.

Holy s**t is probably the most common reaction. I see a story and a moment in the photo. It’s not like watching a video. You can look at a photo and imagine what is going on.

These sharks are pretty incredible animals and they need protection and minimal human impact. 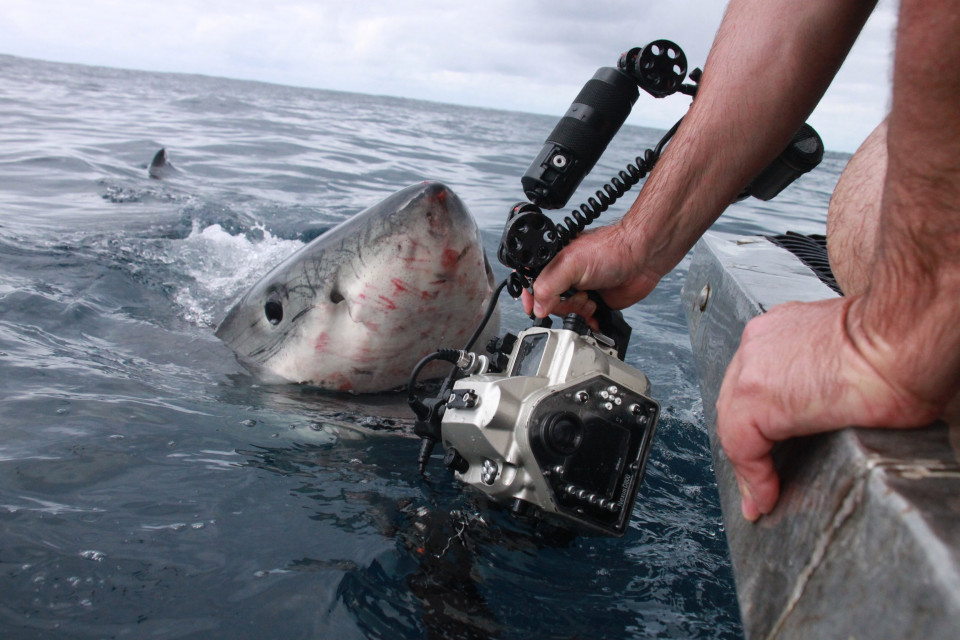 Let’s get something straight right now. Thom is f**ken spot on when he says these big scary pricks need protection. They might chow down on a few people every year, humans kill bloody thousands of them every year, and that’s bulls**t.

All jokes aside, the ocean needs these apex predators. Yeah, no s**t, they’re frighteningly large and evolution has made them perfect killing machines, but that’s a good thing. We should celebrate these legendary creatures. 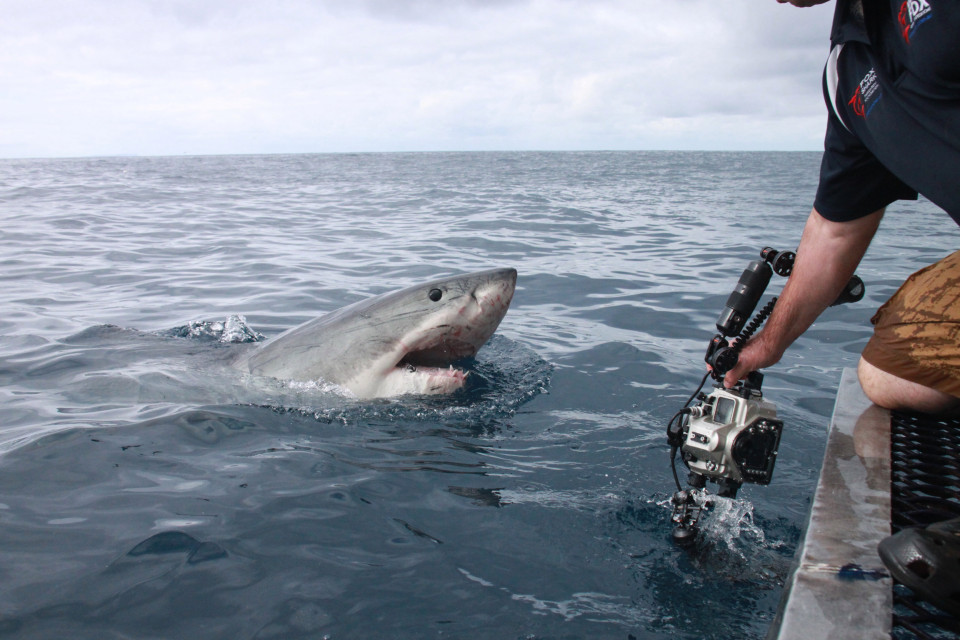 Final thought: Just don’t expect me to ever get in a shark cage. They might be able to smell blood from miles away, but I don’t want to be smelling s**t from the short distance between my nostrils and my pants.