Here at Ozzy Man Reviews, we’re acutely aware of the fact that most people have to live with neighbours. That can be good or bad depending on the neighbour. Sometimes your neighbours are d**kheads, sometimes they’re your best mates. Sometimes, you don’t even know them. But, there’s like an unspoken rule that says you still do neighbourly s**t like looking after the post while they’re away, putting the bins in when they’re on holidays and loaning them a cup of sugar every now and then. That s**t allows plenty of room for funny – and awkward-as-f**k – exchanges…

Rightio, what we’ll add to the mix is here is a young doggo. Anyone who’s ever had one knows they need to be trained out of bad habits like chewing s**t up.

Lee Edwards, a dog-trainer, and his partner Jenna Crozier, a dog groomer, were still in the process of training their Labrador pup when they accepted a parcel in their next door neighbour’s absence.

Obviously, s**t goes south right about here. The bloody dog got hold of the neighbour’s parcel and decided to have a f**ken play with the contents. If you haven’t already guessed what those contents were, just think of something pink, rubbery, six-inches long and shaped like a cock. 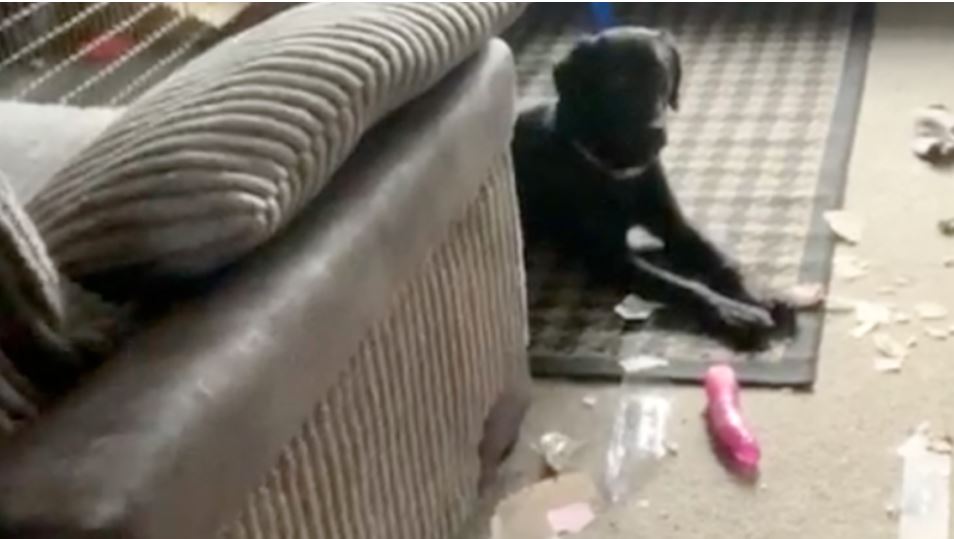 Talking about the incident, Lee said:

“I came downstairs and at first I thought it was a training toy. I train dogs for a living and we do have toys that are similar. Then I thought it might have been Jenna’s and was thinking, ‘Why has she bought that?’ It was just lying there on the floor… then I saw what had happened to the box. I didn’t want to touch it and didn’t want the neighbour to think I’d touched it so I cordoned it off like a crime scene. It’s embarrassing but you can see the funny side of it.” 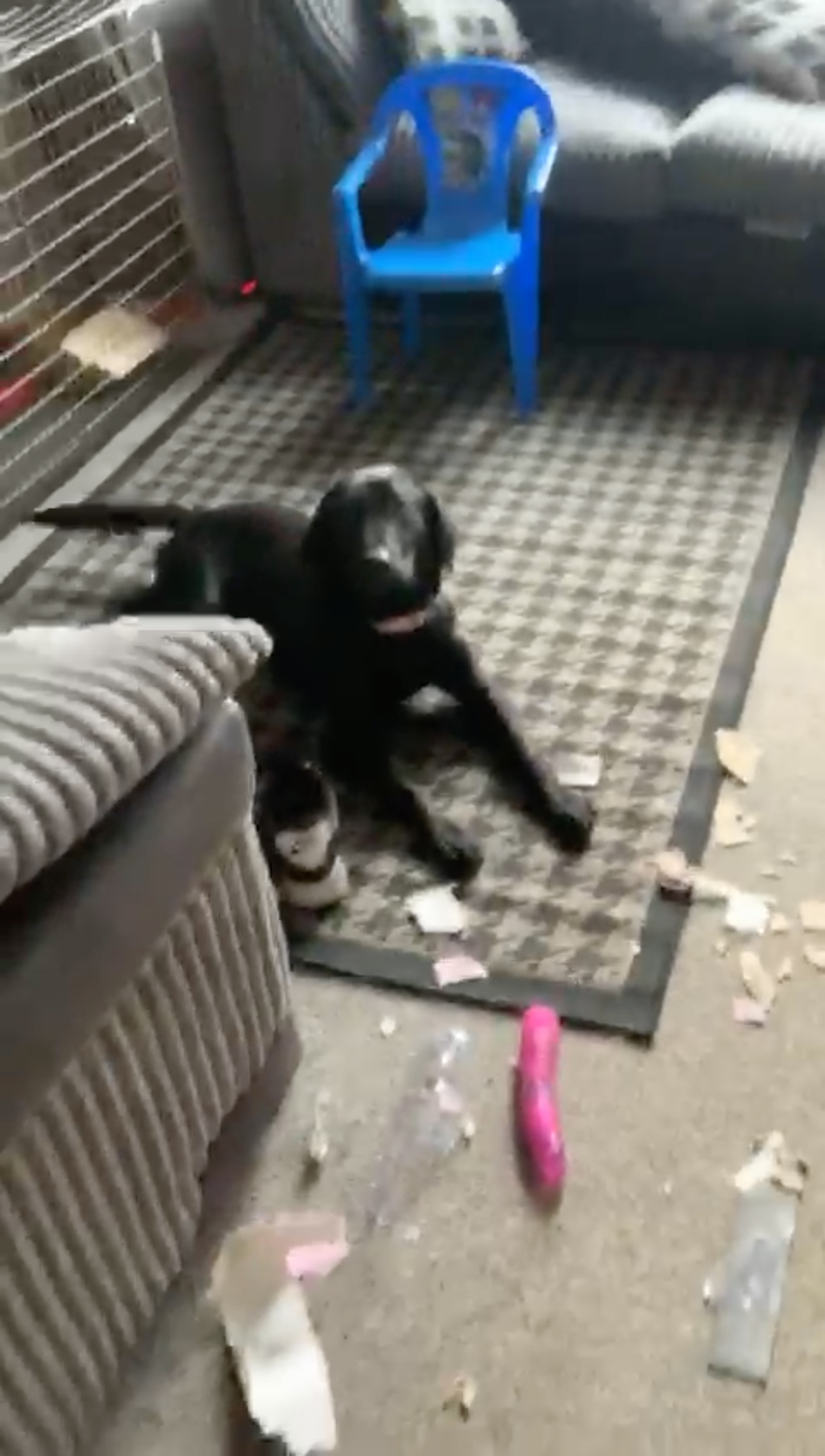 “The postman delivered it here and I’d hidden it behind the door and thought nothing of it. When I saw what it was, I thought it was so funny – of all the parcels she could have got hold of, it had to be the most secret thing you could have. Bonnie had it in her gob and was walking around with it. She played with it for about an hour. It was a pink Ann Summers toy – it wasn’t a huge one, just a standard size. She’s chewed it up. It’s chewable and rubber like a toy. She looked so proud of herself. She came over like, ‘Are you going to throw it for me?’

Obviously, this one ends with an awkward experience for the neighbour – who Lee and Jenna don’t even know that well.

“I apologised and told her the dog had got hold of it. She gave us a look. She knew what it was and then she ran off to her car. I’ve not seen her since. I don’t want to, I feel awful.” 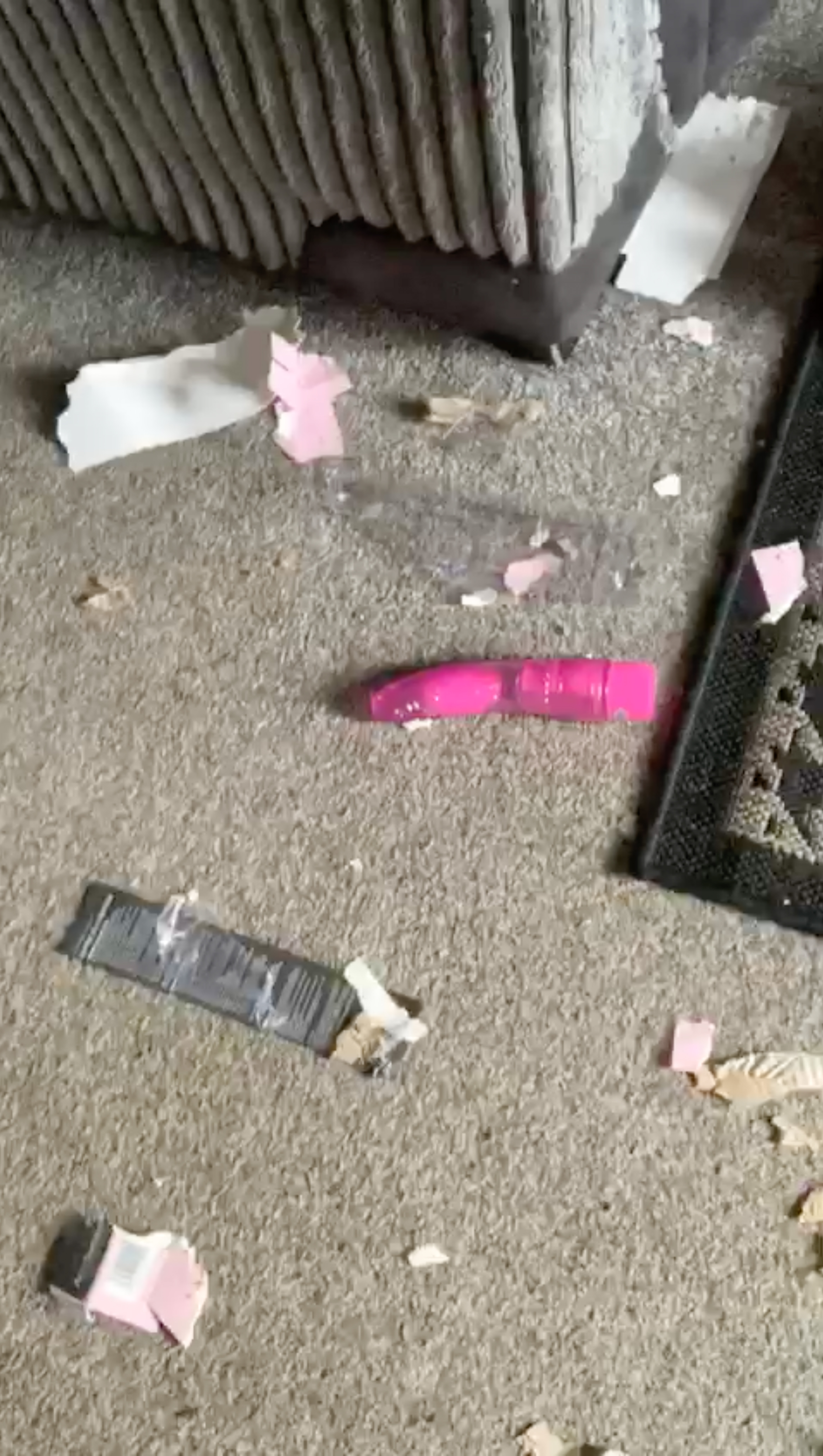