Bloody nature is full of weird and wonderful animals that will straight up ruin your f**ken day if you give them the opportunity. We should know, we’re bloody ‘Strayan. Now, the wolffish isn’t an antipodean creature, but with its deadly friggen bite fatality, it would fit right in with some of our less amicable critters.

The reason we’re telling you about the wolffish is because some footage of one absolutely annihilating a coke can – despite the fact it’s had its head chopped off – has surfaced online. 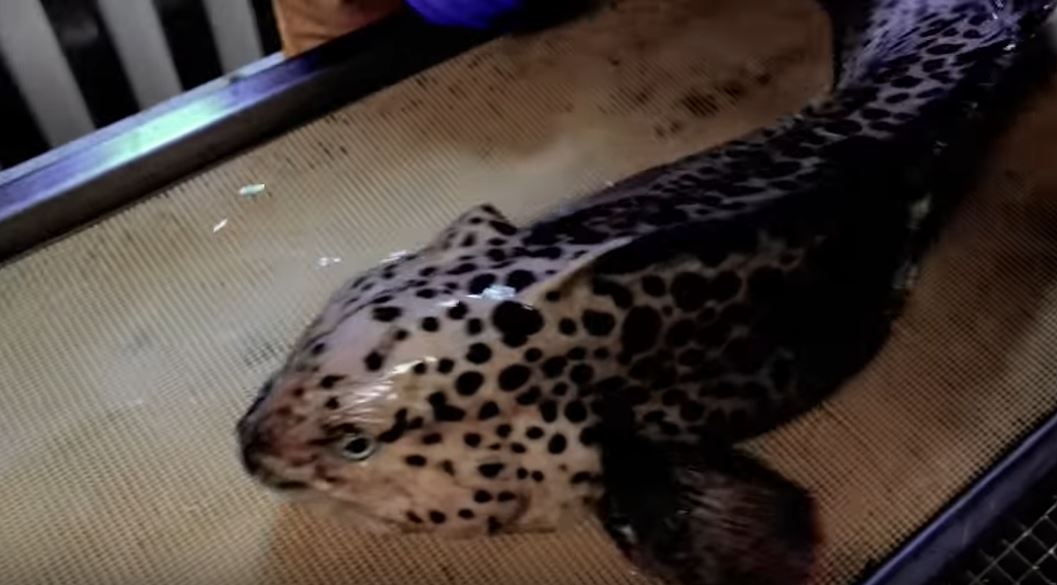 Now, before we go on, we’re going to get something off our chests. We reckon that the bite demonstration is one thing, but the blokes in this video are pretty f**ken disrespectful to that fish. You might think it doesn’t matter, but we reckon the way you treat wildlife – alive or dead – says a lot about you as a person and we can’t really get behind the way these blokes chuck this thing around. 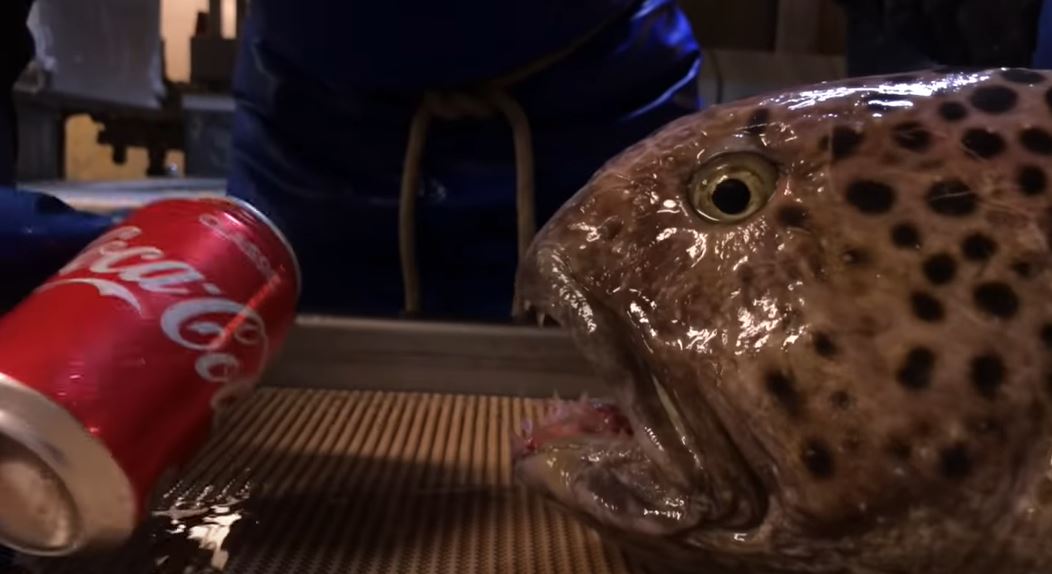 Anyway, we’ll let you watch the footage to see how it all pans out, but  Professor Björn Thrandur Björnsson, head of the fish endocrinology laboratory at the University of Gothenburg, reckons this particular species – the spotted wolffish can grow to almost 2 meters and “eats crustaceans as well as molluscs, smaller fishes, and worms.” 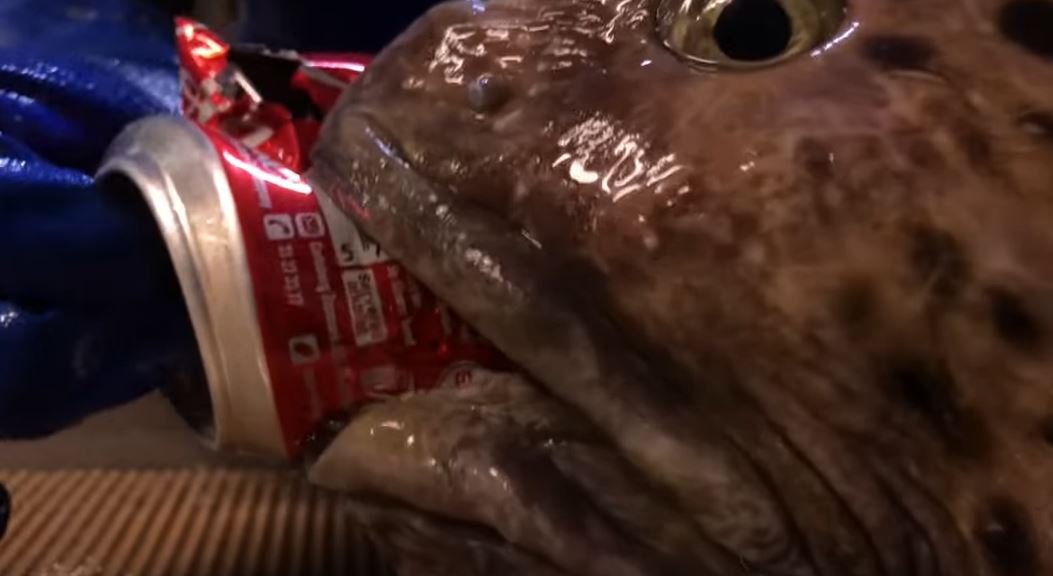 He says that they have a renowned biting reflex that fisherman are well aware of. “When fishermen stand knee-deep in various species of fish, an often-used routine is to stick a broom handle into their mouths, so nobody would be hurt by sticking a hand or a foot in their gaping jaws.”

Once you’ve seen this one shred the coke can to pieces, you might be wondering how it’s even possible. Well, Björnsson reckons, “These are cold-water species, and the cold temperature allows tissues, like the brain, nerves, and muscle to ‘stay alive’ longer, before they die from lack of oxygen, and that the reflex arch from the mouth to the brain and back is unharmed by the decapitation.”

Basically, he says that if you cut the heart out of this fish, it would probably continue to beat for an hour if kept in the correct solution.” 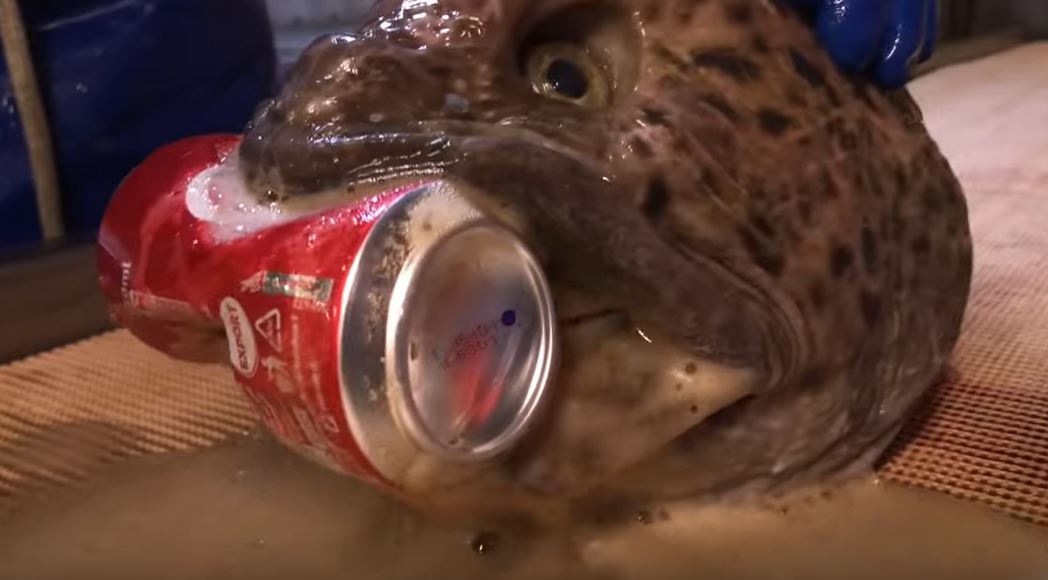 Apparently, Björnsson also reckons these guys should be treating the fish way better than they do. F**ken amen to that.

Final thought: We’ll bring it back to the wild and woolly ways of nature and the fact that there’s basically a critter for every role. Basically, there’s so much cool s**t out there, it’s great to get a good look at some of it. Of course, it’d be pretty nice to see one of these do its thing in its natural state, but this’ll have to do for now.