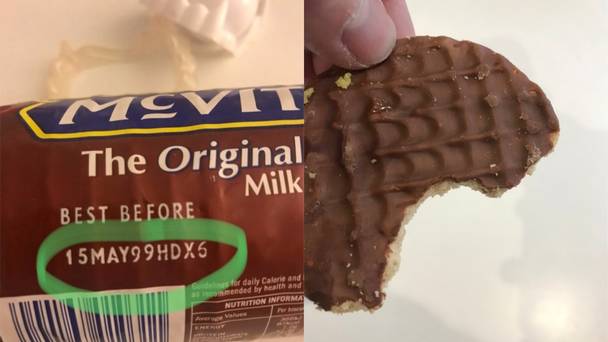 This Halloween one Dad learned the hard way not to trust his kids’ Halloween treats.  It turns out the biscuits he snuck once the kids went to bed were eighteen years out of date. Here’s what happened…

It was a Halloween night like any other in the Johnson household.

Adrian was busily working through his nightly ‘Dad’ routine. He’d taken an hour-long sh**, read a chapter of his Chris Ryan novel and slipped Mum a good one while the kids were out.

The only thing left to do now was put on his slippers, watch the news and wait for the kids to go to bed so he could hook into their Halloween treats. Good on ya, Dad! 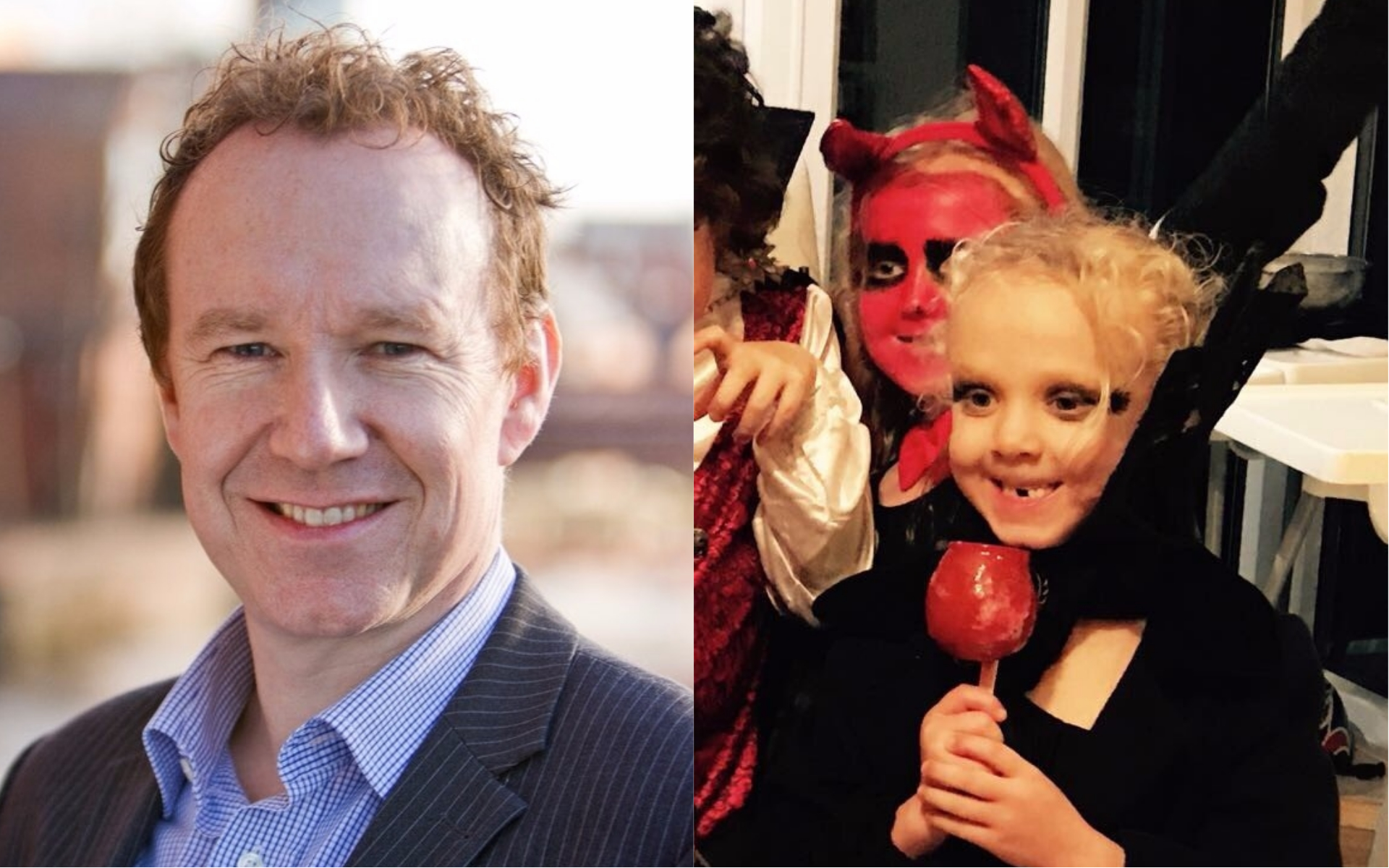 Adrian and his costumed kids. I reckon they planted the biscuits as part of their own prank: Credit: Adrian Johnson

Finally, his daughters went to bed, were tucked in and read stories and the Halloween pilfering could begin. Unfortunately for Adrian, there was one Halloween horror left in store for the night. He settled into his armchair with a packet of McVities biscuits his daughters had earned fair and square, and began to munch.

Something wasn’t quite right with this particular biscuit though. It tasted…wrong somehow.  Worried, Johnson checked the packet.  The use by date on the biscuits came as a bit of a shock to him.  So much so that he uploaded an image to Twitter. 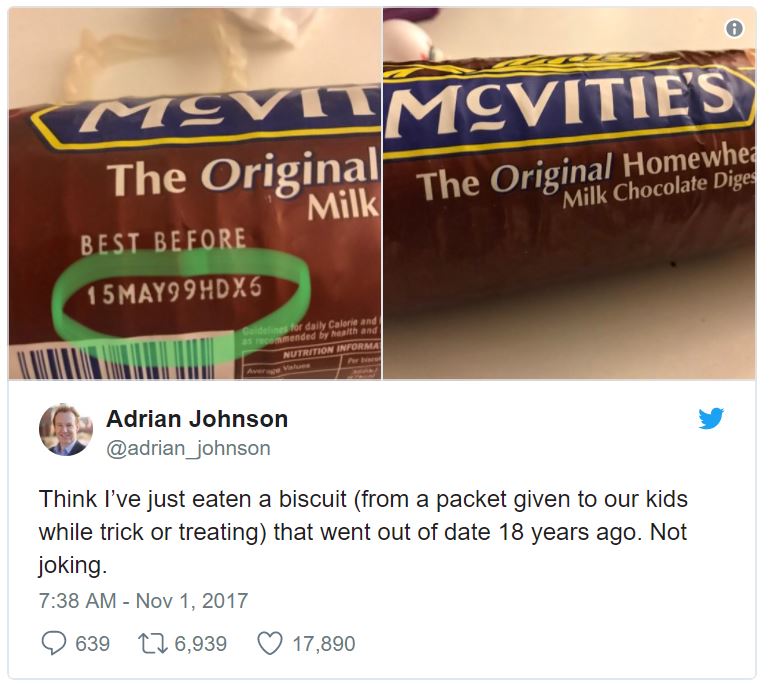 Johnson, who is the founder of PR agency UMPF, reported thinking that the first taste of the biscuit was a bit weird, but that it was on his second bite that it really tasted off.

“I sniffed them, looked at the biscuit side, which was quite white rather than the usual brown-ish colour, and it was then that I checked the sell-by date,” he told the HuffPost. 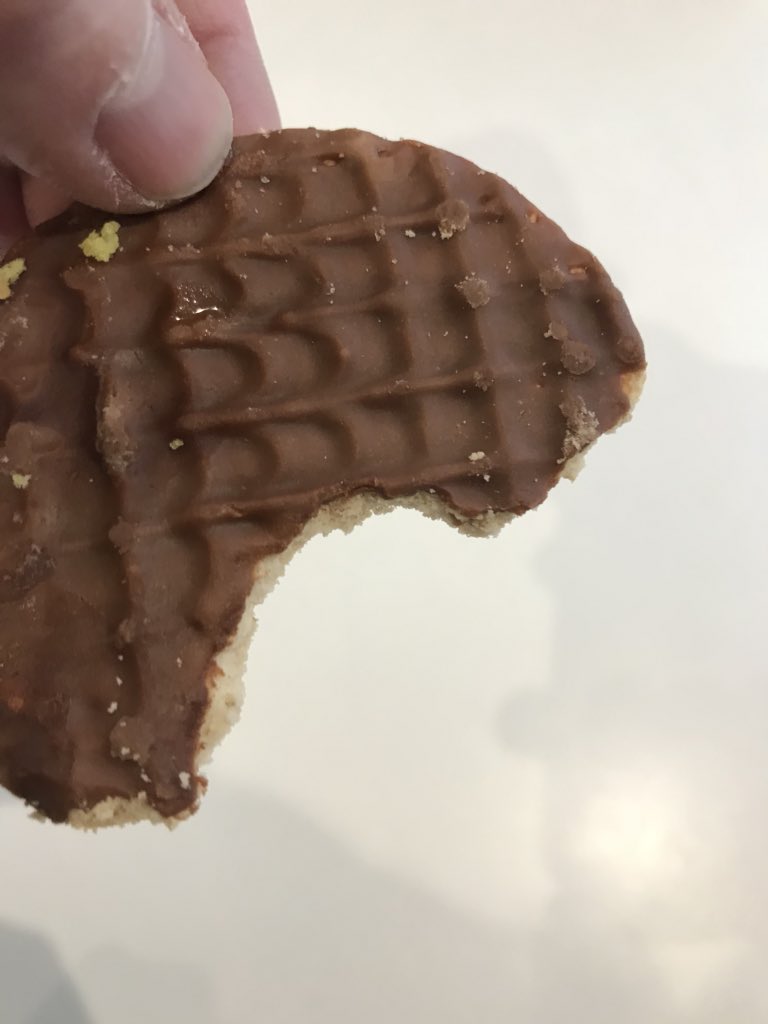 Johnson, no doubt chastened for his thievery, will certainly think twice before pulling the same stunt again. He said he’d catch up with the neighbours to let them know.

“I might pop round tonight when I get back home,” he said. “More for their sake, than to complain, as who knows what else they’re keeping in their cupboards.

The kids, naturally, found it hilarious. “They did point out that I shouldn’t have been pinching their Halloween treats in the first place!” he said.

Am I the only one who thinks they’ve stitched him up?