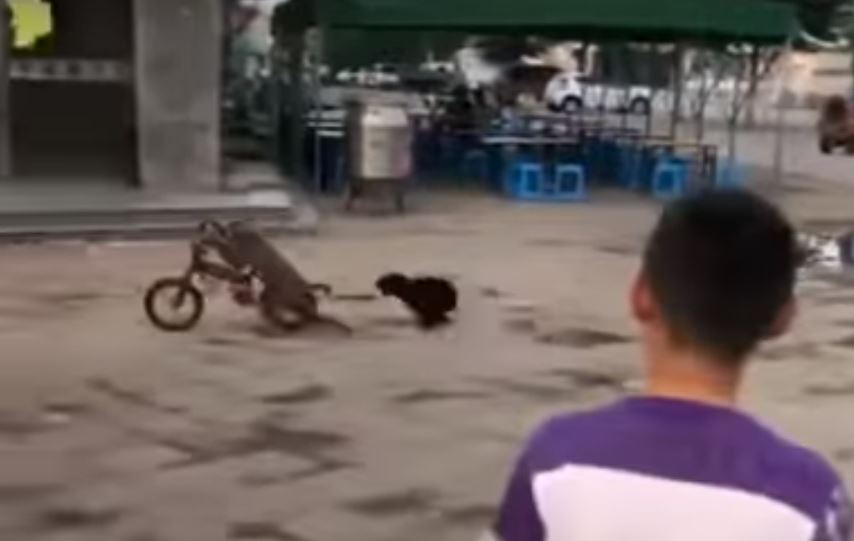 Monkey steals a bike, fends off a dog and rides off like a f*cken boss

Riding a bike is one of those things that everyone has to learn. It’s also one of the things that you really shouldn’t forget. But how would you manage riding your pushy around a tiny little area while an annoying-as-f**k dog yapped at your heels with every pedal? Probably not as good as this monkey, that’s for sure…

Blokes, blokettes, and anyone in-between (we take all-comers here at Ozzy Man Reviews), this little video has a monkey riding a bicycle. That already puts it right up there with the best things you’ll see on the internet today. 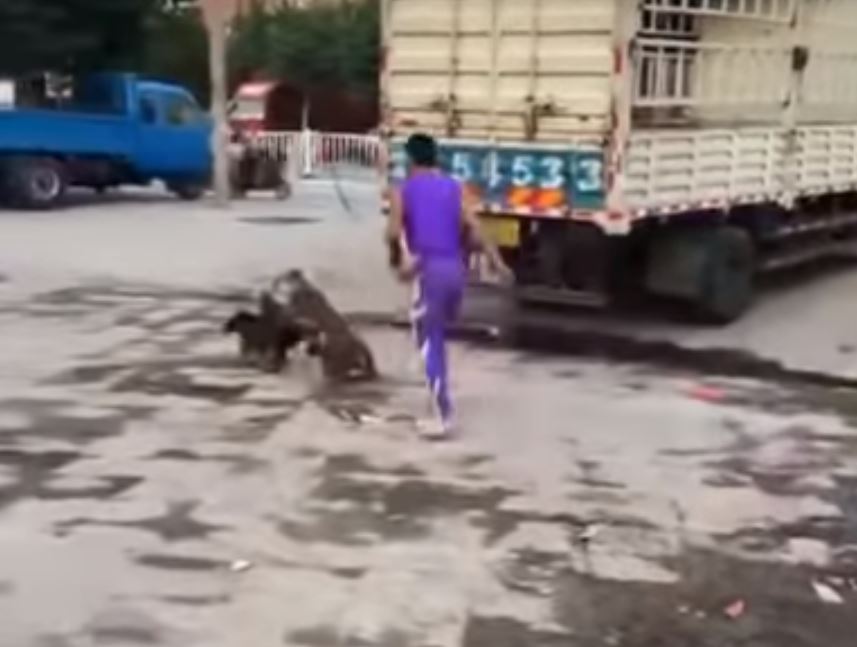 When the video opens, we can see a young fella standing with his own pushy and a man we’ll presume is his old boy in the foreground, but if you look behind them you can see something that has the locals running.

Now, I’m not sure if the monkey’s stealing the bike but we do know from past experience that monkeys are nasty little b*stards, so he probably is. Anyway, whatever he’s doing, the little black dog has taken umbrage with it.

The locals come running. They’re probably thinking oh sh*t, the dog thinks he’s being tough…the monkey’s probably going to f**k him up, but they needn’t have worried. The monkey has other ideas. He’s going to make like Freddie Mercury and ride his bicycle. Nah, yeah, he’s going to ride his bike. And you know what, ya legends? He’s going to ride it where he likes.

He gets a running start with the dog nipping at his heels, but eventually he’s on the pushy. He looks at the dog and he’s all like, “What you gonna do about that you big fluffy ball of sh*t?” 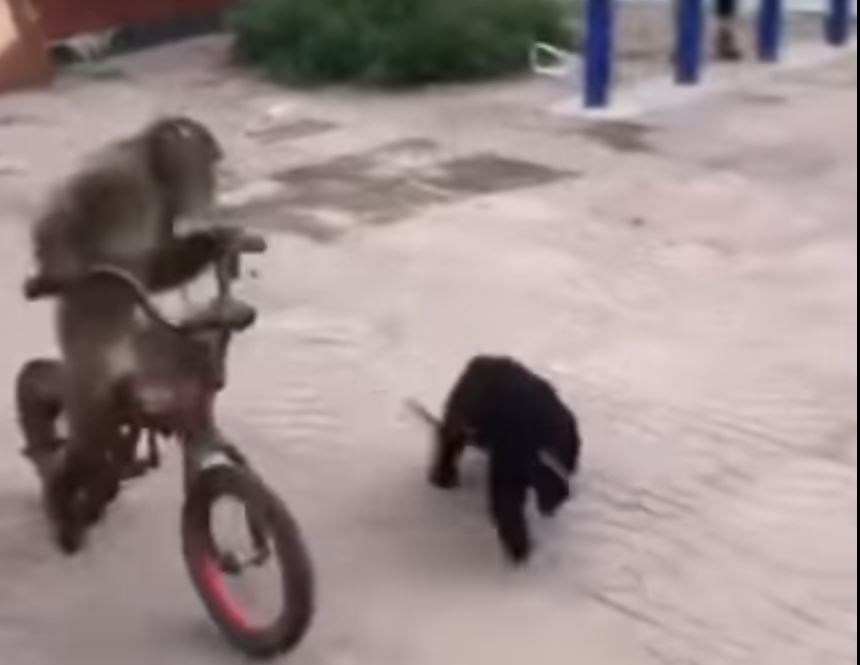 And this goes on and on and on. 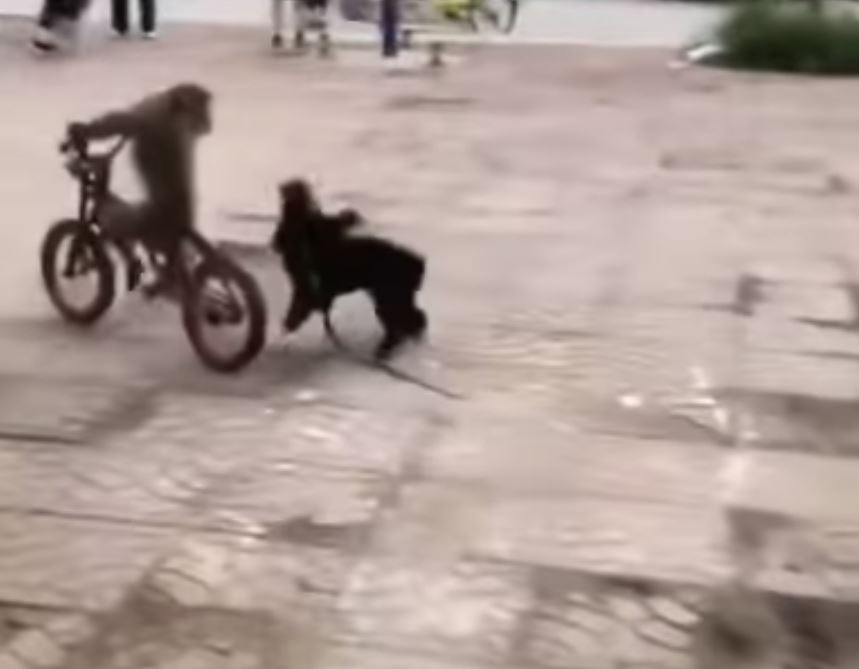 Final thought: You know, dogs might be man’s best friend, but I bet you they can’t ride pushbikes as good as that monkey. If anyone knows how this one actually ends, comment on the Facebook post. We’d love to know.

Everyone knows that there’s nothing quite as awesome as the type of epic pose musos need to strike for their album artwork. And, yeah, without being too clichéd, we’ve all seen some of the various parodies that are ou...