Bloody dads. If you’ve got one, you probably know they’re renowned for their comically buffoonish ways. Deadset, even when they mean well, they just always seem to bugger things up in ways that leave mums everywhere shaking their heads. Of course, it doesn’t end there. Somehow, silly little mistakes like accidentally ordering a nineteen foot dinosaur statue always seem to turn out for the best.

With that in mind, we’ll introduce you to Andre Bisson from Guernsey in the Channel Islands. Andre’s one of those dads we’re talking about.

Of course, that’s if you buy his story. Just quietly, listening to him talk, we reckon that saying it was ‘accident’ might just be his way to keep Mum sweet while spoiling his little tucker stupid. 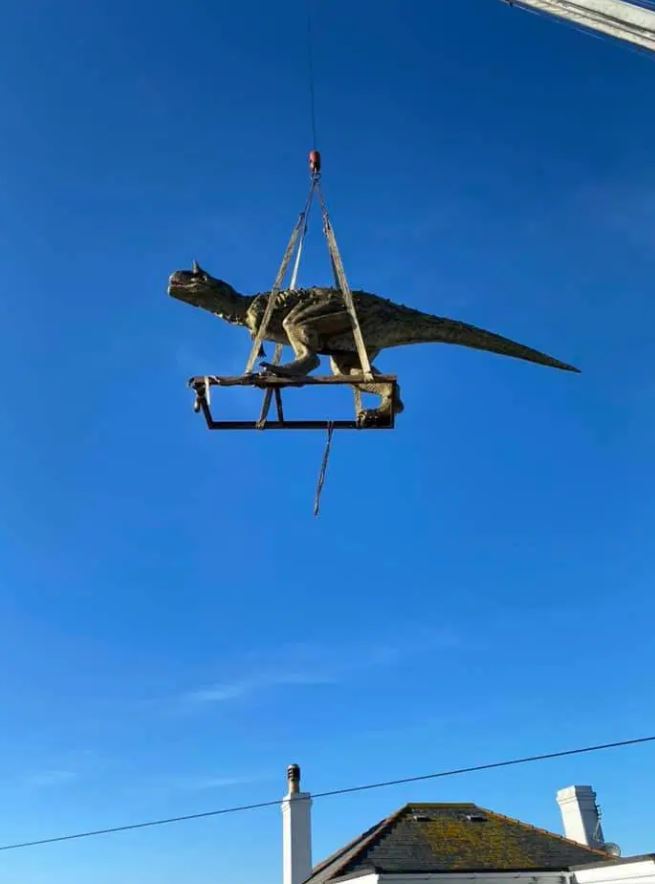 Either way, though, what’s clear is that Bisson’s bought a bloody huge dinosaur statue for his son Theo. After watching the Disney movie, Dinosaur, Theo hit his old man up for a toy Carnotaur.

“I searched and searched for the one that he saw, but couldn’t find it,” Bisson reckons. “Then his mum sent me a link on Facebook about Tamba Park in Jersey selling all their equipment which included their dinosaurs. I checked the website straight away, and to my absolute amazement they had a Carnotaur! Listed for £1,000.” 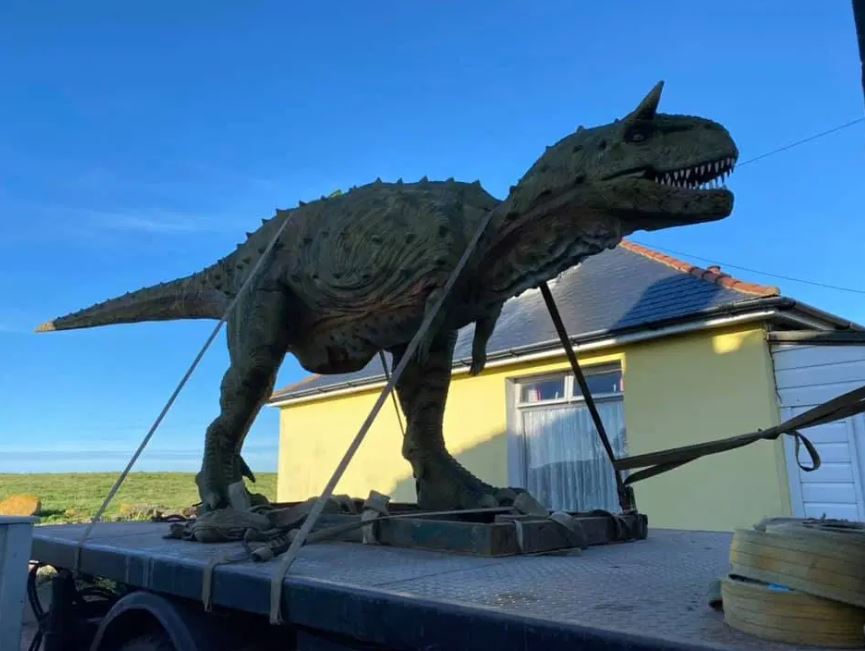 When explaining how he bought one that was so big, he says, “The issue was as this was being sold off online, there was only a thumbnail image to try and gauge the size, no details whatsoever and no one to ask, I didn’t care really! I knew he would be big. I estimated 3m long x 1.5m max. As it turns out, he was much bigger at 5m long x 2.3m high.”

Realisation really only settled on Andre’s face when he realised the company needed a crane to deliver it. “The delivery team literally took about 30/40 minutes from when they arrived along the coast to Chaz being dropped in. I was imagining the phone call to my insurance broker… ‘Ok sir, exactly how did a 20ft long hole appear in your roof?’… ‘Well, a fully grown Carnotaurus fell from the sky.’ Thankfully he was well strapped in, although when he was being lowered in a gust of wind started him spinning in the air. His tail missed my dormer window by less than an inch!” 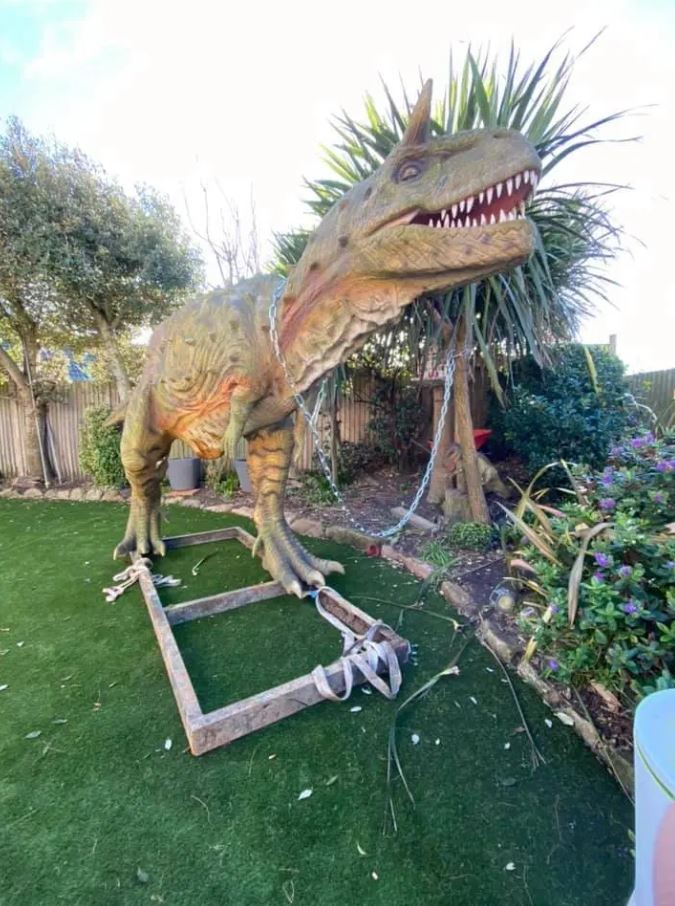 Final thought: All right, as you can see, Andre seems like a bit of a top bloke. Do you reckon it really was an accident, or did he know all along? Let us know in the comments section.