We’ve all heard the saying ‘the customer is always right,’ but unfortunately, it’s one of those things that just isn’t true. We don’t know when it got popularised as an idea, but it’s a crock of s**t when you think about it. Fair dinkum, though, if you work in retail, you’ll know all about it, but every now and then, even the best customer service staff can hit their breaking point. When it does, you get stories like these…

Yeah, nah, we don’t know which side of the exchange you’re usually on, but if you’ve ever stood there dumbly while some rude pr*ck roasted the workers, you’ll know exactly how awkward it can be. 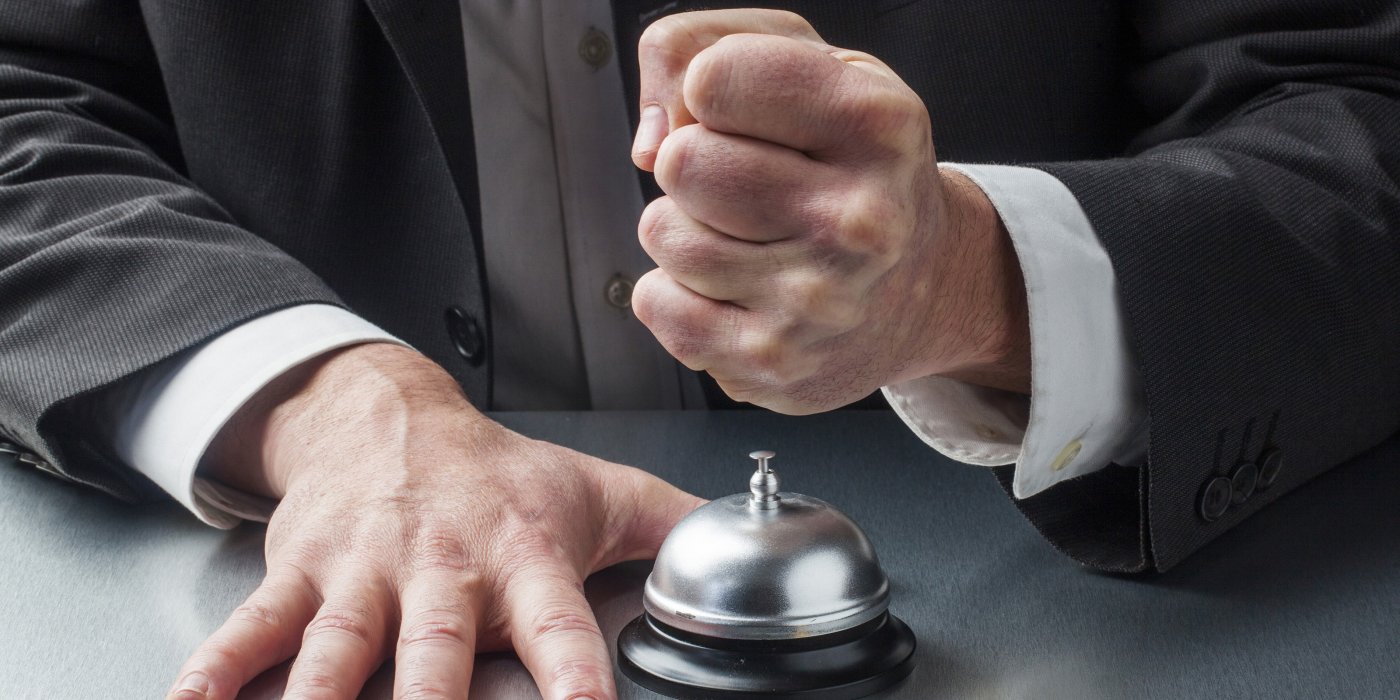 One of my coworkers was feeling under the weather about midway through her shift, so I was asked to move my till over to the register she was on so that she could go home. No biggie.

I grab my till, walk over, and quietly tell Coworker, “Hey, I’m here to relieve you so you can go home. Hope you feel better.”

She finishes up her transaction, pulls her till out, starts gathering her stuff up.

Next customer in line starts complaining about how long she’s going to have to wait.

I put my till into the register, (“It’ll just be a moment, ma’am”) sign on (“Just give me a minute and I’ll be with you”), and start scanning her stuff.

Customer complains about Coworker not ringing her up. “She should have rung me up! I’ve been waiting for ten minutes.” (A lie, since it had been slow, with multiple registers open, and coworker had taken maybe two minutes with her previous customer.)

(Still scanning) “I’m very sorry about that, ma’am. But Coworker was not feeling well, and I was asked to relieve her so she could go home.”

Customer was not satisfied. “Well, why didn’t she stay home, if she was sick?”

I don’t even look up at that point because I’m just seething. Still scanning her stuff, I respond, “Maybe she was feeling well at the start of her shift and only started feeling bad after she got here. Or maybe she tried to come in and work through feeling sick because maybe, just maybe, she relies on the money she makes here to have a roof over her head and food in her stomach and can’t afford to take a sick day.” (I finish ringing her up) “Your total is $XX.”

Not another word out of her. She grabbed her stuff and got out. – SugarSriracha

I worked retail when I was in college.
A customer came to my till and one of the products he had was a large version of a chocolate bar. I scanned it and he started giving me shit because the price was wrong.
I knew the price wasn’t wrong because I enjoy this particular chocolate and bought it all the time.
He walked me down to the shelf where it was and pointed out the price tag. I told him that’s the wrong price tag (it was for regular size, not large)
He asked me “are you fucking blind?” I responded with “yes actually, I’m blind in one eye, but I can still see that this price tag is for a regular size bar, and not large. Look at the small letters under the price”

He immediately turned nice and bought me a chocolate bar.
But screw retail. Never doing that again. – zeonova360

If you’ve ever copped it, you’ll undoubtedly be silently fist-pumping for the blokes and sheilas behind these stories. Deadset, it doesn’t matter how resilient the camel is, once it’s reached its quota, it only takes one straw to break its back. 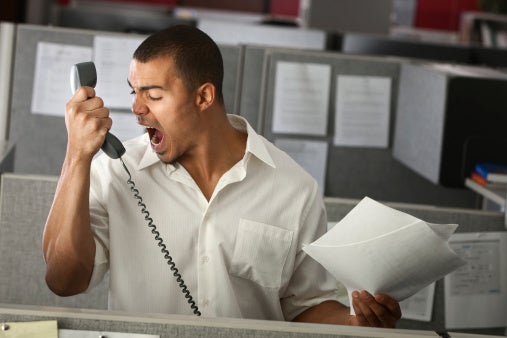 I used to be a shift supervisor at a pet store… I once had one of the girls come up to the front, crying… Immediately my big sister instincts kicked in and I ask her what’s wrong. Turns out there is some jerk back in the dog food section that she was trying to help and he was a total ass to her, arguing with her about something that she was entirely correct about. So I head back there. Dick head is back there throwing around bags of dog food. So I ask if he needs help and he goes off on me about the girl that was just back there and how useless she was… So I listen to him rant and then correct him and tell him he was out of line. He gives me the favourite “Haven’t you heard the phrase the customer is always right?” line. So I give him a flat look and respond with “Yeah, and in this case he’s also a horse’s ass.” He loses it and yells, saying he wants to speak to the manager. I give a shrug and say “I am the manager. If you want you can fill out a customer complaint card on your way out and I will make sure I get it. But you need to leave now.”

I have managed at so many different retail stores… I am not even fazed by people any more. I am so glad to be out of the industry. – Paperdawl

Had a woman come into my red themed department store asking about cameras. We aren’t trained in every individual camera so we usually just refer to the item cards on display near the device that list the basic specs and features. She wanted to know why one, which seemingly had better specs was priced lower than another.

Best we could give her was “uhh idk that’s just the way it is.” The entire time she’s berating my teammate who I had been called to assist and starts ripping into me, telling me she should have just gone to PC Richardsons instead of my store.

After finally deciding on one I ring her out, where she continues to bitch about the service and knowledge level. I asked if she wanted a replacement plan, which is standard practice on all electronics purchases. She was like “are you kidding me? I’ve never had a worse experience and there’s no way I’m giving you any more money.”

I smiled and told her “well next time ma’am, there’s always PC Richardsons.”

“What did you just say to me?”

“Well I should just go return this right now.”

“Sure thing, guest services at the from can definitely help you with that, just make sure you have your receipt handy.” – Dotforfun

These staff seem like they’ve well and truly reached their quota.

I used to work at a Starbucks in an area where NFL owners, professional athletes and the like lived. One of our regulars was some guy who had spent his life wallowing in orange spray tan, and had the whitest hair one could imagine.

Every day he would come in and order a green tea, literally a teabag with hot water. No matter what, there was always something wrong with it. Too hot, too cold, cup was weird, whatever.

Anyway, one day during my last two weeks this guy comes in when we’re being slammed. He orders and and I call out “Green tea latte for X.” Notice I did not say “green tea.”

He comes up and snaps “Excuse me, it was a green tea. It’s literally water, and a tea bag. How stupid can you be.”

I turn toward him, look him dead in the eye and loudly go “That’s not even your fucking order! Every time you come in here it’s something else, if we’re so stupid then go to another location.”

He stepped back and didn’t say anything after that. – Unknown

Final thought: If we’re neutral and fair, we have to admit that most of the people featured in the stories seem to completely deserve the comeuppance they receive. Anyway, let us know if you’ve got a similar story, ya legends.