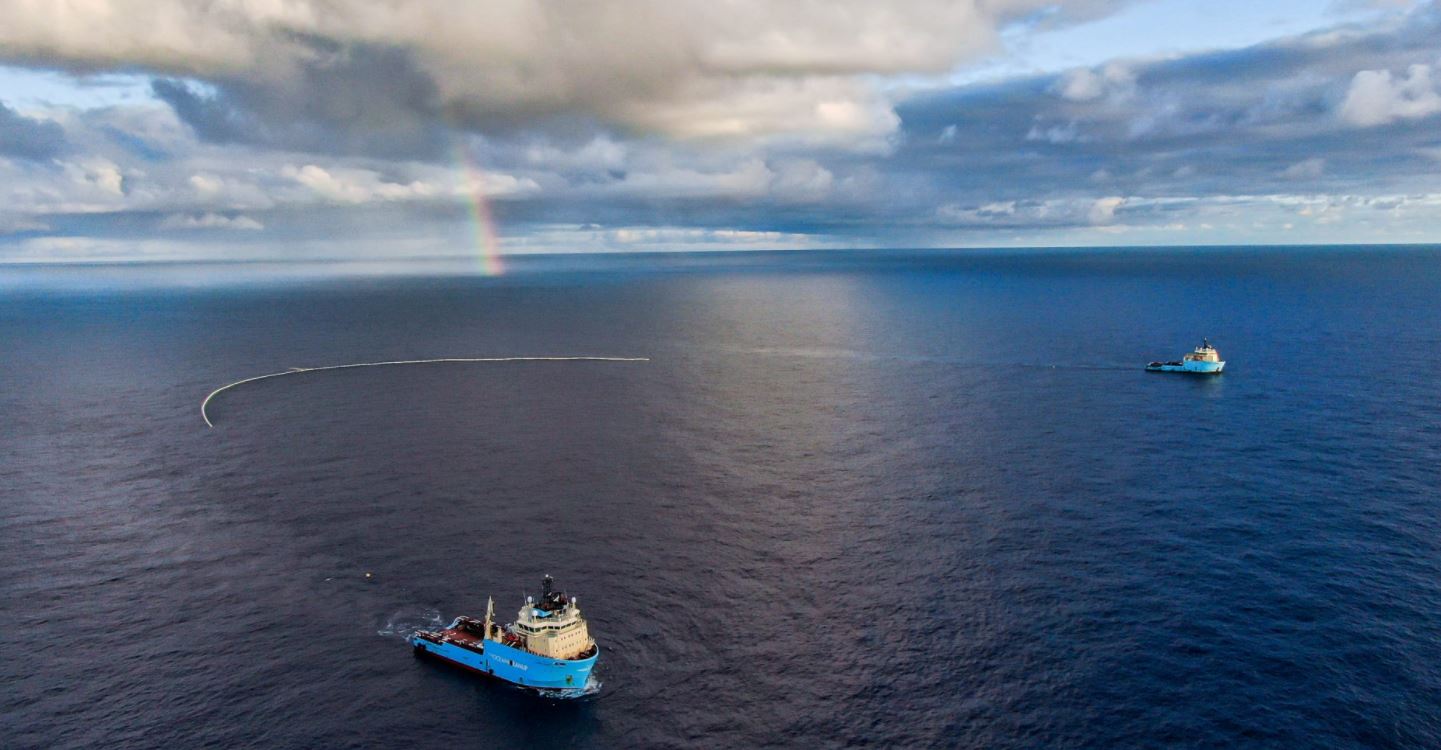 Clean-up of The Great Pacific Garbage Patch has started!

We’re gonna hazard a guess here and assume that most of you blokes and sheilas know exactly what the Great Pacific Garbage Patch is. Still, we’re not precious, and if you don’t, we can help. It’s basically the spot where all the plastic that flows into the ocean collects. People have been talking about it for f**ken years, but it’s only been recently that someone’s actually decided to do something about it. That someone is Boyan Slat and his organisation The Ocean Cleanup. Have a look at how they’re doing it down below…

Yeah, nah, as you’re no doubt aware, plastic’s been flowing out of rivers and into the ocean for years, and because of the tides and the way the ocean churns, it all ends up out in the Pacific – or something like that.

The beginning of the end of the Great Pacific Garbage Patch. pic.twitter.com/JNWIbpYJHa

Boyan Slat has made it his life’s mission to clean the s**t up, and just recently, he’s launched the latest version of his epic clean-up system into the ocean and set it to work. Fair dinkum, we’re impressed. Give this thing a squiz, and we reckon you might be too.

Boyan gives a 'trash tour' of the strangest objects we recovered from the Great Pacific Garbage Patch. pic.twitter.com/8VdslbCsmg

At a recent press event in Victoria, Canada, Slat announced that his technology was ready to go and clean-up would begin the next day. Obviously, we could rant on and on about how f**ken cool this is, but you don’t have to listen to us when you can go straight to the horse’s mouth.

Boyan has said in the past that he wants this technology to be ‘the beginning of the end for the Great Pacific Garbage Patch.’

The Ocean Cleanup and @OurOcean were chosen as the non-profit partners for cleaning up trash in rivers, oceans, and beaches. Every $1 donated = 1lb of trash removed. pic.twitter.com/X8T3RT3R2R

He’s also said he’s committed to getting it done because although the good news is that “if we stop plastic from entering the ocean, most of the ocean cleans itself. The bad news (is) this does not apply to the ocean garbage patches. This is why we need to clean them up.”

Seeing how dedicated he is, how efficient the technology already is, and how much else he’s putting into making it work (like fixing rivers that are providing a constant stream of plastic) we reckon he’s gonna leave behind a legacy that’s altruistic as f**k.

The good news: if we stop plastic from entering the ocean, most of the ocean cleans itself.

The bad news: this does not apply to the ocean garbage patches.

This is why we need to clean them up https://t.co/5TcKWuFnUs pic.twitter.com/dcxf09HXP6

Final thought: Yeah, nah, we’re impressed. This kind of drive to make the world a better place is f**ken grouse, and these top bloke and top sheila awards are for everyone involved in the project. If you meet any of these people, shout ‘em a mid-strength beer!

If you’re anything like most of the blokes and sheilas we know, you’re probably pretty f**ken happy that celebrities all over the shop are queuing up to fight each other. Yeah, nah, deadset, it’s bloody grouse to watc...

Car club members saw a video of a bullied kid, here’s how they responded:

As you probably know, we bloody love some good wholesome content here at Ozzy Man Reviews, and that’s exactly why this video made us so happy. Right after they saw a kid getting bullied online, the National Auto Sport...

A lot of our fans in the US might not know this, but here in Australia, we look at some of the expenses we see coming out of your health system and we find ourselves wondering just how the f**k they can be so ridiculo...

By Chuck Steinway 40 mins ago