Bloody shell! Talk about a monumental claim to fame. Diego is a type of Galapagos Tortoise known by scientific wankers everywhere as Chelonoidis hoodensis. Found only in the wild on the Island of Espanola, the species was in trouble before Diego came along to f**k them away from the brink of extinction!

Yes, ladies and wankers, this virile one-hundred year old tortoise has contributed some 800 mini Diegos and Diegettes to the world. Considering there were only fourteen other members of Diego’s species on Espanola when he arrived, he’s rooting a pretty impressive legacy into existence. Genghis Kahn is thought to be an ancestor of one in every 200 people on the planet, but Diego’s numbers should dwarf that. 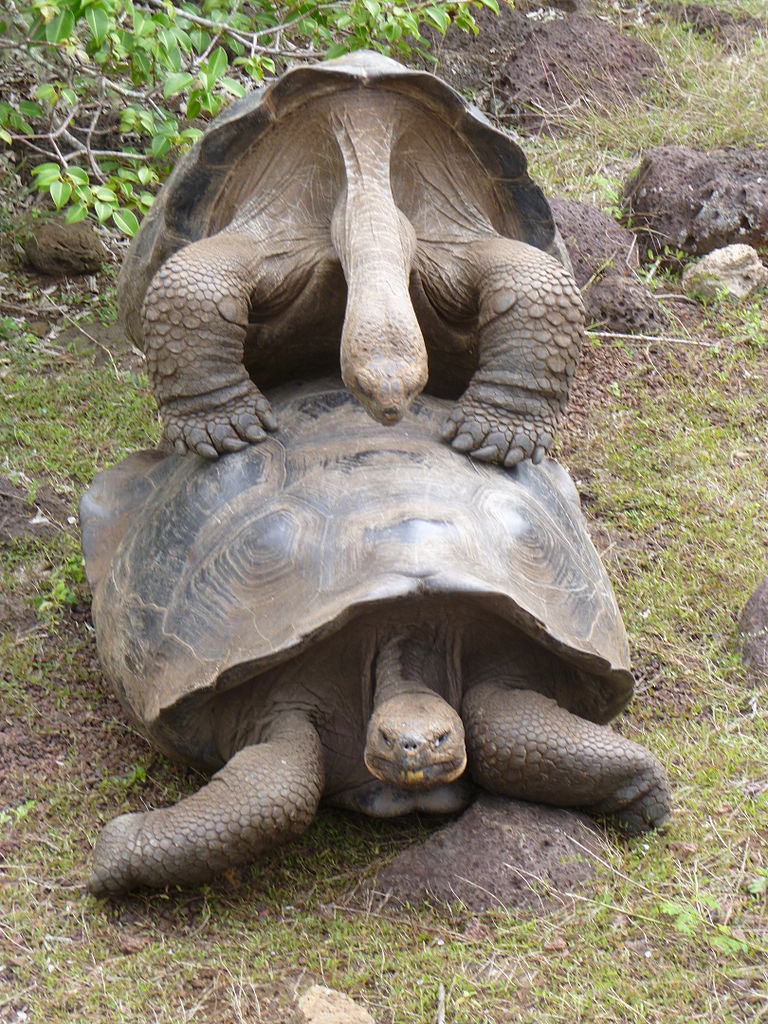 These are tortoises. They are f**king. Credit: San Diego Zoo

Diego was a mysterious resident at the San Diego Zoo in California when they realised exactly which species of Galapagos Tortoise he was. When the Chelonoidis hoodensis was first identified, a global search for other members of the species recognised Diego. He’d been taken from Espanola sometime between 1900 and 1959, and no one knew how he made it to San Diego.

Realising that this Casanova of a tortoise could bar up and do his bit for his species, he was sent back to Espanola in 1976 as part of the captive breeding program – which sounds like a pretty f**ken awesome way to spend half your life. 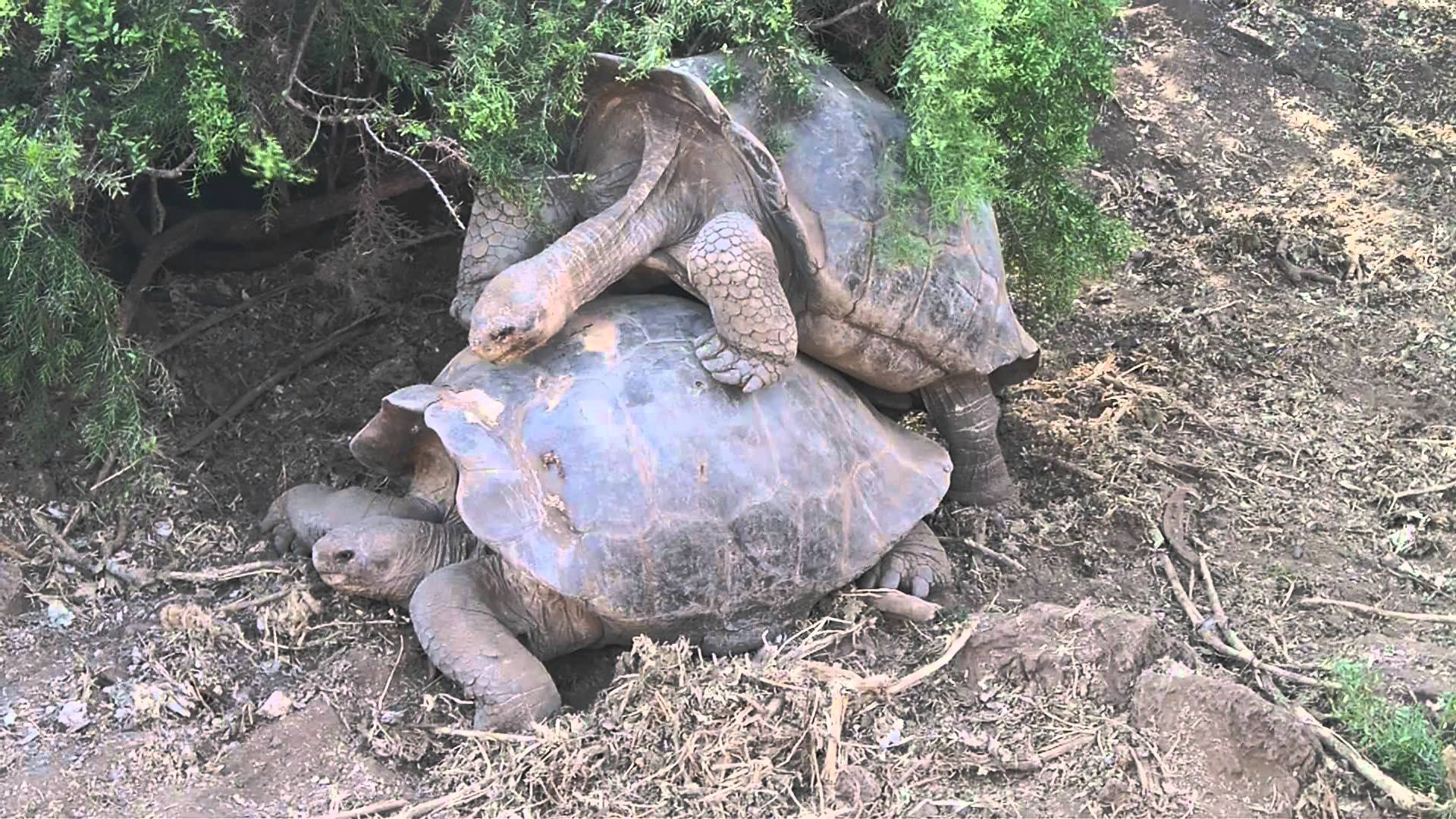 To put into perspective how bloody virile this legendary tortoise is, other captive breeding programs have failed. Lonesome George, a Chelonoidis abingdoni, could never rise to the challenge and refused to breed before he died as the last member of his species in 2012.

Diego though. Diego is a f**ken legend when it comes to f**king. Experts think there used to be a population of some 5000 on Espanola back in the day. There are now about 2000. Diego is responsible for 800 of them. 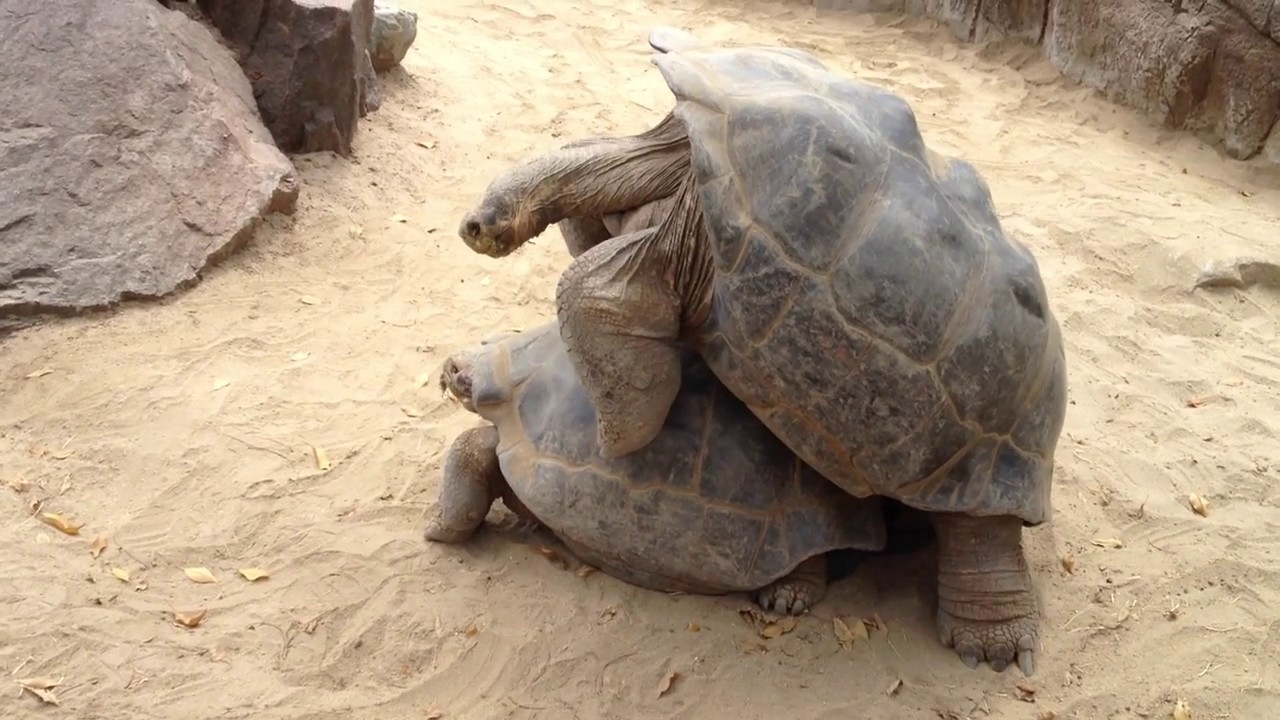 Final thought: No matter how you look at it, Diego’s work is pretty bloody impressive. He hasn’t just exceeded expectations, he’s slimed the banana so many times he’s saved his species. F**ken top work, Diego.