We all know that monkeys are pretty bloody smart animals. S**t, more than a few of them are probably smarter than people we know. Part of that intelligence, though, means that some of ‘em are using tools to try and achieve various goals. You might have seen orang-utans using handsaws in an Attenborough documentary, or you might have seen monkeys smashing nuts with rocks, but we reckon you might not have seen one smash the glass panel of his zoo enclosure before.

This is the kind of video we’re bloody glad we have. The fact that someone was filming this cheeky little bugger at the exact moment he shattered one of the glass panels of his enclosure is pretty bloody serendipitous. 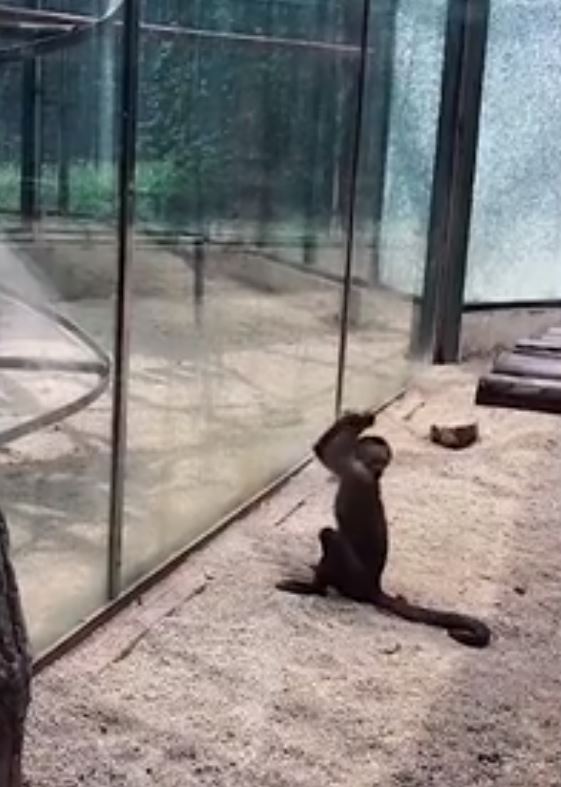 Now, let’s focus in on the monkey for a second. It looks like he might have been at it a little while, but it’s believed the legendary little capuchin had even sharpened his rock. Staff at his home zoo, the Zhengzhou Zoo in Central China’s Henan Province, reckon this one is a bit spesh. 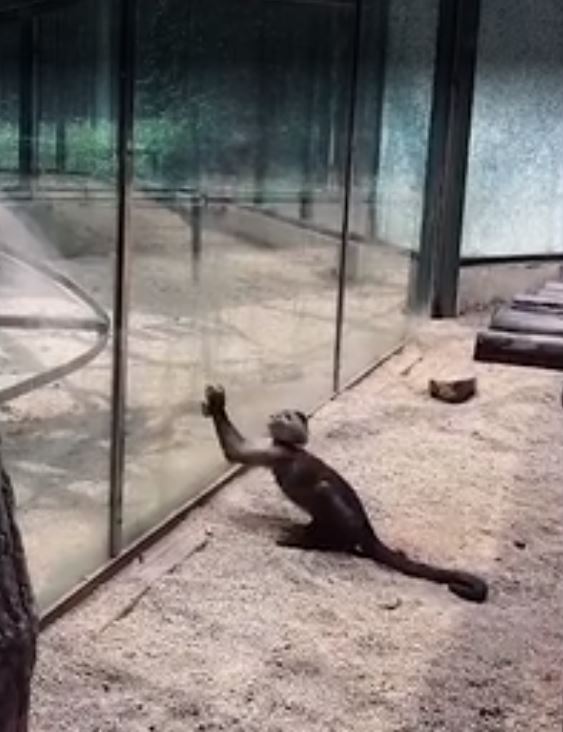 “This monkey is unlike other monkeys. This one knows how to use tools to break walnuts. When we feed walnuts to other monkeys, they only know to bite it. But it had never hit the glass before though. This is the first time. It’s toughened glass, so it would never have got out. After it happened, we picked up all the rocks and took away all its ‘weapons’.” 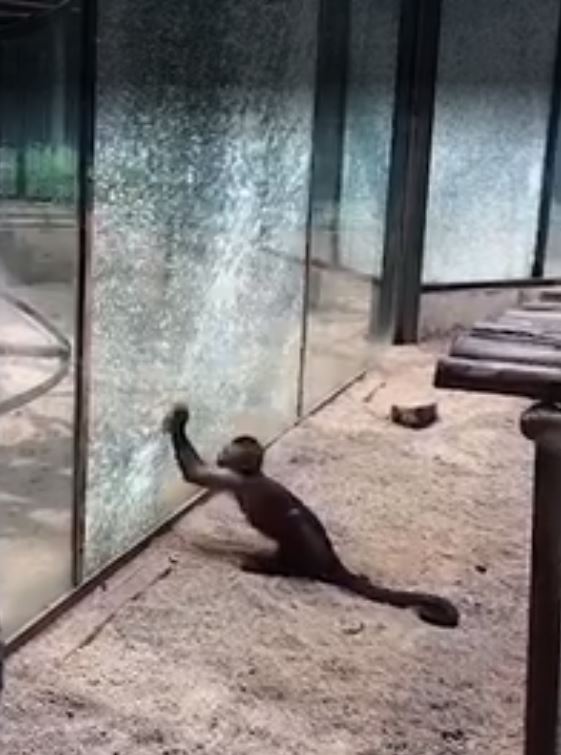 Still, it’s pretty evident from the monkey’s reaction to the sound that he didn’t expect things to go quite so well. If you’ve heard a glass panel like that one go, you’ll know that it sounds like a bloody shotgun blast. Deadset, if this happened here, you might be forgiven for thinking Uncle Barry’s dunny-door was backfiring again.

And, er, yeah, let’s just be grateful it didn’t happen in the States. 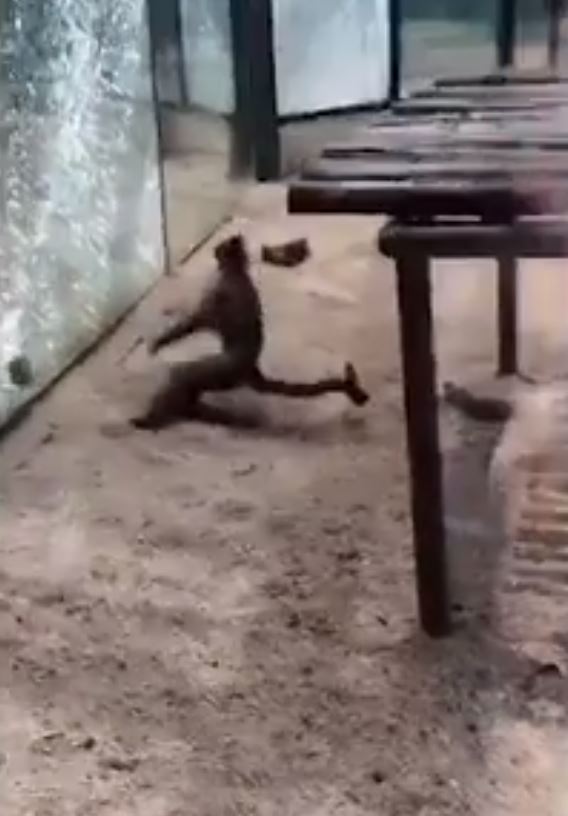 Final thought: We seem to be witnessing more and more monkeys using tools these days. Whether that’s just because there are more cameras or whether the monkeys are actually getting smarter, we’re not sure. But, as you’re probably aware, we’d love to know what you think.