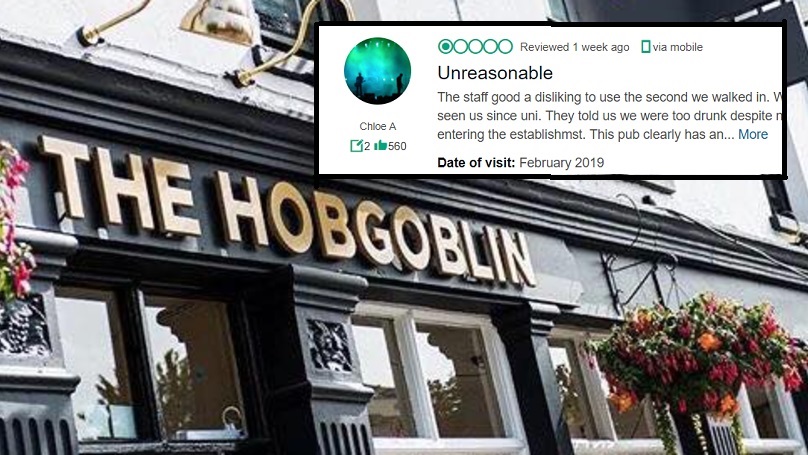 Maaate, if there’s one thing the internet has brought us, it’s the ability to fire off a rapid review or nasty text message when we’re feeling chagrined. And why wouldn’t you? You feel hard-done-by and you want to get that nasty restaurant, hotel or whatever bloody service you had, back. If you can slag them off online, the job’s a good’un. After all, people should know, dammit! People should know! The other bonus of this is that it gives the business a right of reply. Check this one out…

Yeah, look, obviously, it’s not ideal for business-owners to be defending themselves after every ‘honest’ review, but when one is cooked up by people who’ve already proven themselves to be more than a little troublesome, why should management remain tight-lipped? It’s not like difficult people don’t get righteous about their s**tty behaviour, is it? 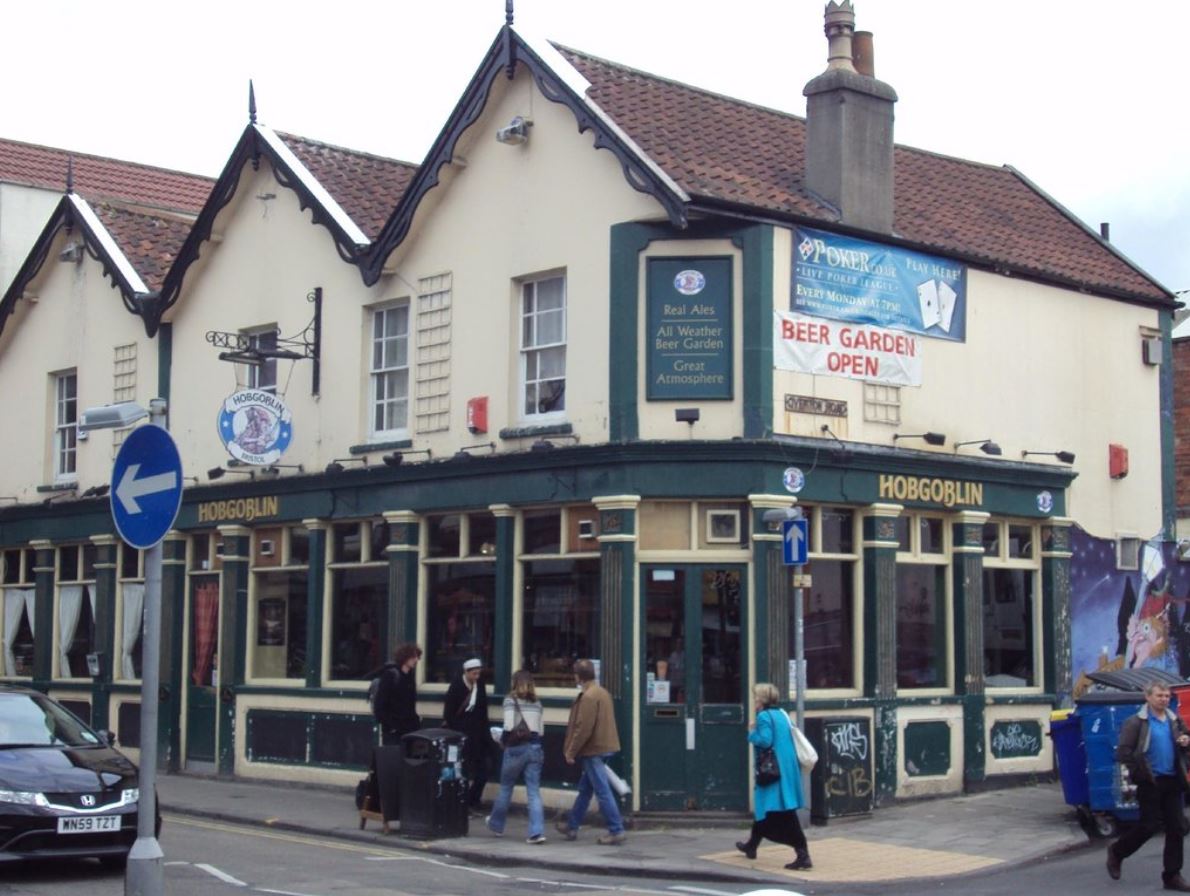 Anyway, in this particular instance, Chloe A visited the Hobgoblin in Bristol. (That’s in Pommyland, in case you were wondering). Anyway, she had a mare. The service was so bad and the staff were so rude, that she clearly couldn’t wait to write them off.

Ever sent a drunken SMS? Check this doozie – and its original spelling – out:

The staff good a disliking to use the second we walked in. We are a group of 5 who haven’t seen us since uni. They told us we were too drunk despite not having any alcohol before entering the establishmst. This pub clearly has an issue with happy people. – Chloe A

In response, James Ayliffe, the Hobgoblin’s landlord, spilled the beans about Chloe’s actual experience at the establishment:

How’s the head this morning?

I’d be surprised if you can actually remember your behaviour last night so, just in case it’s a little foggy, let’s have a recap, shall we?

Although you were initially served a round of drinks, after you stumbled away from the bar and barged into another customer, dropping your drinks on the floor, we began to realise that you weren’t *entirely* sober. This assessment was further strengthened when you returned to the bar, aggressively demanding that your spilt drinks be replaced for free. You were refused.

At this point you began threatening a member of bar staff. You claimed to be a police officer and that you could arrest the member of staff (bizarrely for failing to ID you – we operate a “challenge 25” policy which, let’s face it, doesn’t apply to you). You threatened to return the following day with senior officers to pursue this further and suggested that we were infringing on your human rights.

In the cold light of this morning these were rather obviously the angry ravings of someone well in their cups but as funny as it sounds now, you were extremely aggressive and intimidating at the time. A number of other customers commented that your behaviour was inappropriate, and you reduced the member of bar staff to tears.

Once we had discussed what had happened, we decided that frankly it would be best if you all moved on and we informed you that we wouldn’t be serving you any further. Instead of leaving quietly with your friends you continued to remonstrate aggressively with my assistant manager threatening all manner of consequences, demanding he hand over the full names of the staff who had refused to serve you so you could sue them for breaching your human rights.

So the thing is Chloe, if what you say is true and you really weren’t drunk when you arrived, then what you are asking us to accept is that these are the actions of you as a sober person.

As for where we go from here, I’ll leave that up to you. I’d suggest contrition and heartfelt apology as a bare minimum requirement to you being served here again (a decision that I’m leaving up to the targets of your unpleasantness) but you are, of course, free to seek to enforce your *ahem* human rights in the courts if you are so determined.

Final thought: To be fair, it sounds like Chloe had been having a pretty good night out up until this point. It’s just a shame it all went tits up not long after. Oh well, hopefully she follows through with an act of contrition. If James is spot-on in his assessment, it seems like the right thing to do.