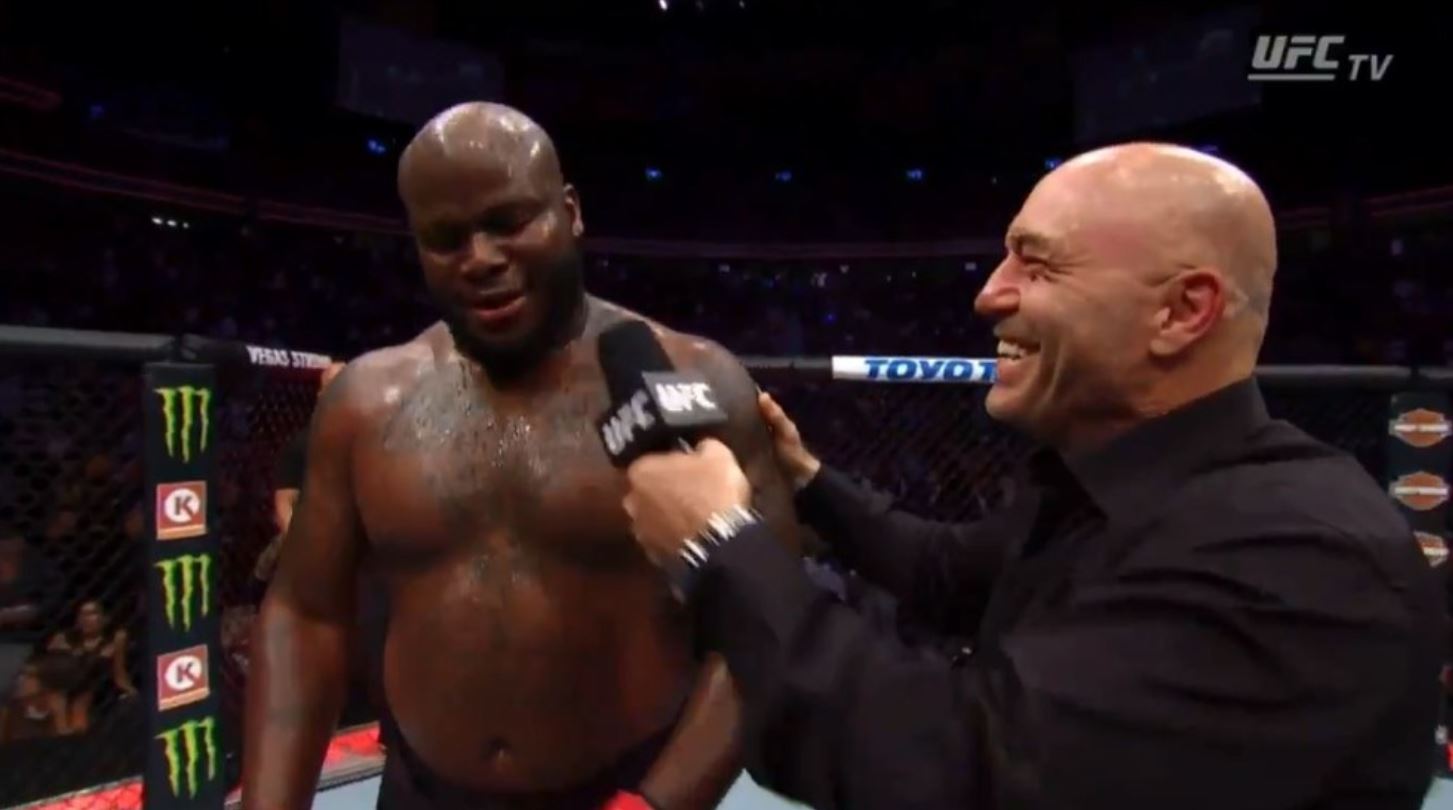 Anyone who’s ever played sports knows what it’s like to say strange things during and after the contest. We’re not even talking pro-level sh*t either. You might ‘compete’ in the dodgiest Thursday night indoor cricket competition in the world, but there’s at least one bloke there who just spews a litany of total f**ken horsesh*t during the game. So when a commentator approaches an athlete for an interview, you’re justified in expecting the odd strange thing to come out of their mouths. Still, you probably haven’t heard much that’s weirder than this interview – and that’s what makes it so great…

The punch that set it all up ..@TheBeast_UFC #UFC229 pic.twitter.com/htDdD2cpLt

Strap yourselves in and take your seat ringside for the aftermath of Derrick Lewis’s fight at UFC 229. Yeah, nah, Conor and Khabib weren’t the only b*stards going toe to toe on the day. Lewis returned to action against another Russkie, Alexander Volkov. Right after the knock-out, Joe Rogan entered the octagon for a quick interview.

And that’s where the fun begins. Deadset, right from the outset, Lewis is in fine form. In his celebrations, the big-punching bugger has whipped his f**ken pants off. Naturally, Rogan has to ask him why? The response is simple: “Because my balls was hot.” 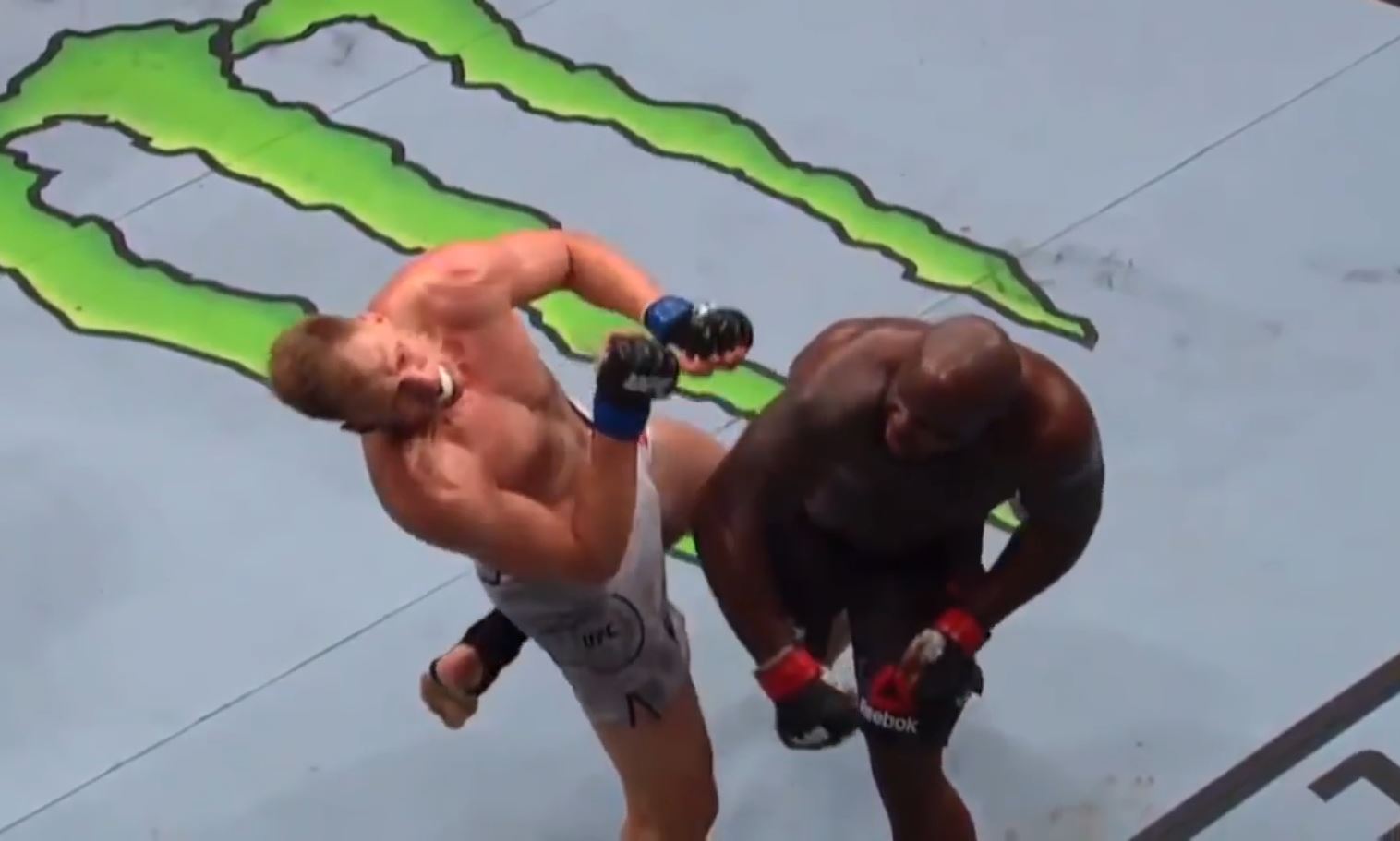 When quizzed on whether he wanted a shot, the Black Beast claimed he needed to work on some cardio. And then, after the hot balls and the Trump revelation came Lewis’ coup de grace. “Hey, maybe next week some time or two weeks from now, I’m gonna come on your show and smoke some weed with you!”

Rogan’s response is simple and obvious. “Any time, Sir. Any time.” 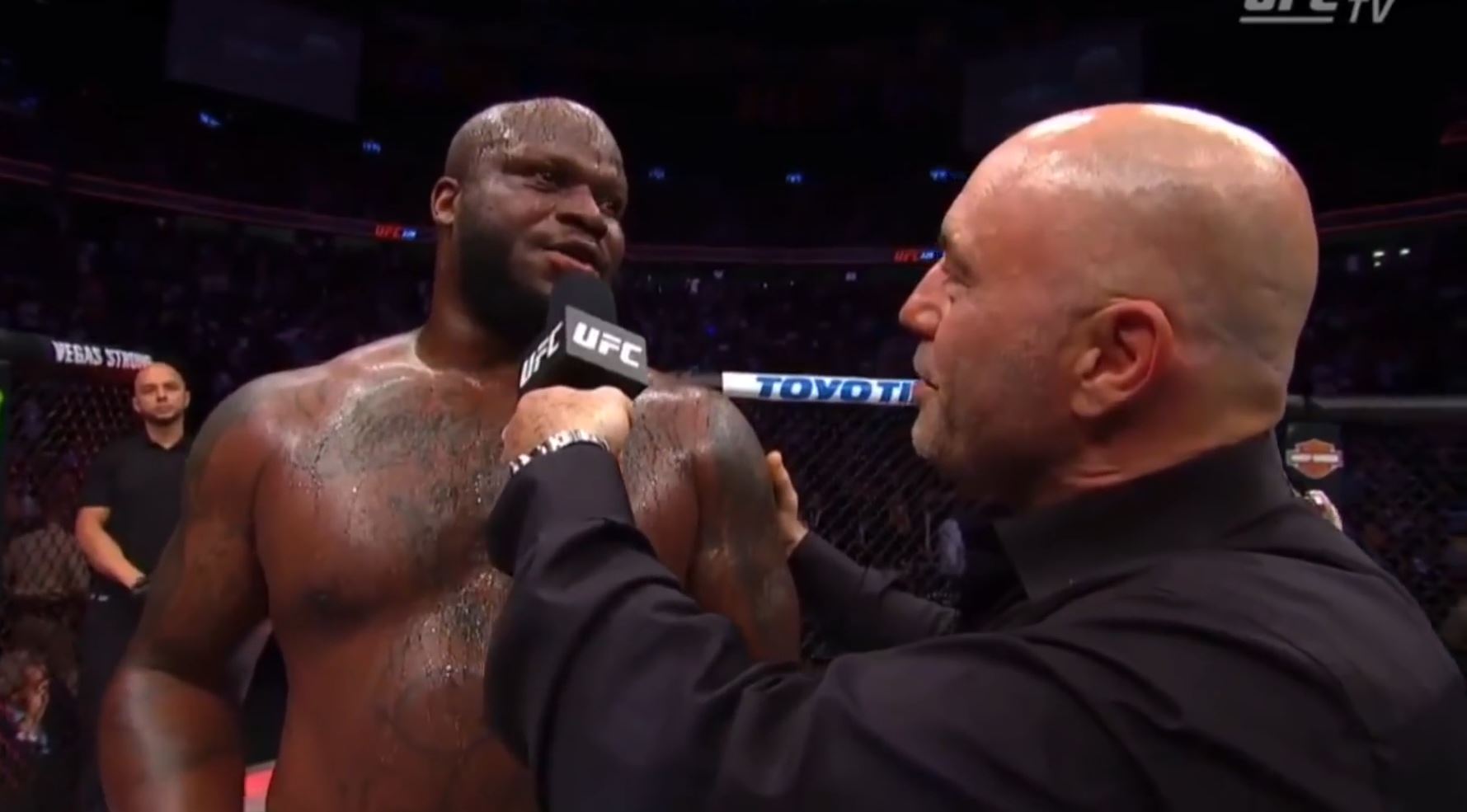 Final thought: Well, that was a stark bloody difference to the insanity of the later fights on the bill. Lewis, clearly still geed up from his victory was shooting loose and fast from the hip. You’ve gotta love that sh*t!

Just in case you missed it, here’s one of Ozzy’s latest commentary videos…Ozzy Man Reviews: My Thoughts: Conor v Khabib

It doesn’t take a rocket-scientist to know that when you take NRL players, put them into the public eye and add alcohol, the chances of controversy abound. Don’t get us wrong, we’re not saying that all players are lik...

Tokyo 2020: Medals to be made from recycled waste

We’ve spoken about our love for Japan loads of times here on Ozzyman Reviews, and we’re gonna say it again, we fair dinkum love those pricks. They just seem to really ‘get’ what it means to be a good bloke. Have a f**...

Bizarrely enough, crazed soccer fans aren’t strictly limited to the traditional locales of Europe and South America. Yeah, nah, while it may seem like a big bloody stretch, even Ozzyland has its share of excitable foo...