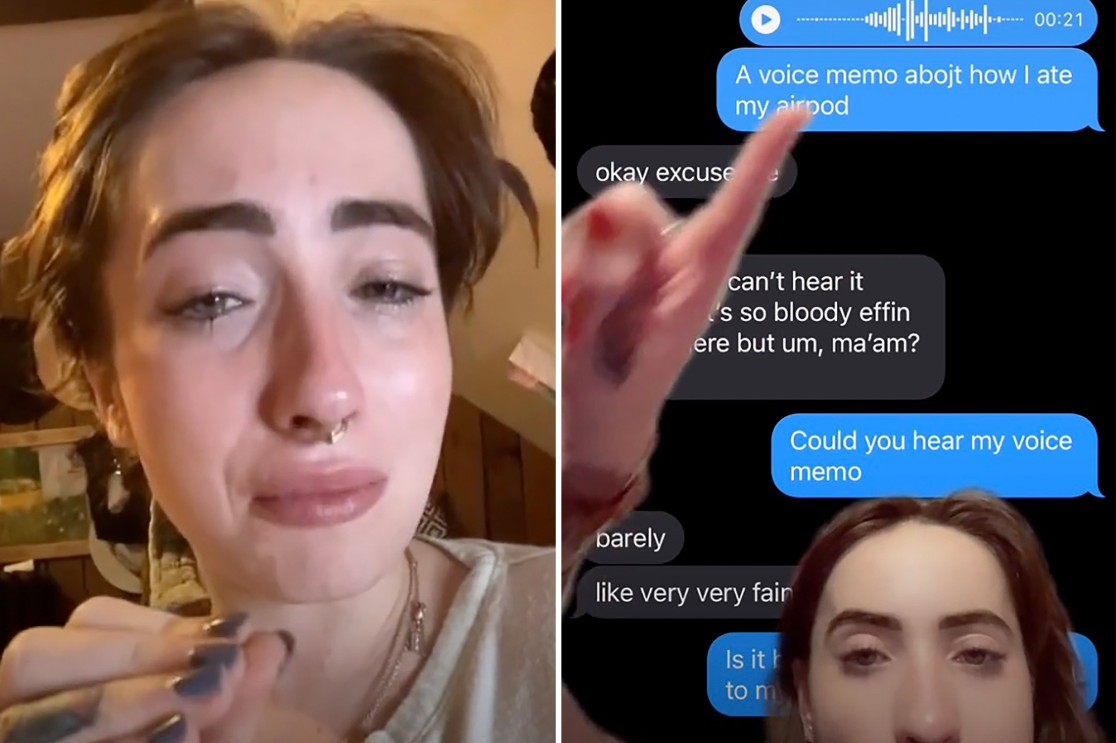 Distraction. Like it or not, it’s one of those things that gets us all from time to time. Yeah, nah, it’s just one of life’s little pitfalls, and it causes all sorts of mayhem. Deadset, just ask TikTokker @IamCarliiib. This unlucky sheila wasn’t paying attention when she should have been, and she bloody swallowed her earbud whole, received a voice memo while it was in her guts, and had to crap it out.

Rightio, if you don’t know @IamCarliiib, she’s a TikTokker, and in recent days, a set of stories from her account has gone viral. That’s because she shares exactly how she ended up munching the earbuds.

“So like, I ate my f- -king left AirPod,” she says. “I was crawling into bed and I had an ibuprofen 800 in one hand and my f–king AirPod — my left earbud — in the other.” Obviously, you know where this goes from here.

“Of course, once she’d popped it in her gob, panic set in. “I then realized that it wasn’t the ibuprofen. I tried puking it and it won’t come out, and I’m f–king losing my mind. So for educational purposes, I wanted to share my journey of how this is all going.”

So that’s what she does. She shares the story, and while some are disbelieving, we don’t reckon it’s beyond the realm of possibility. Yeah, nah, don’t get us wrong, if she is making it up, it wouldn’t be the first time someone’s let the truth get in the way of a good yarn, but seriously, we’ll give her the benefit of the doubt.

Fortunately, she reckons she was able to pass it out with no ill-effects. “An x-ray showed that I passed it,” she told a commenter on one of the videos. “I had a feeling that I passed it. I did not retrieve it, but I know that it’s passed. I know that it was in my stomach and no longer is.”

The best bit of the story, though, has to be the voice memo she received while it was in her stomach. “It’s comical now,” she reckons, “but very scary at the time.”

Final thought: So there you have it. Truth or bollocks, it doesn’t really matter. Yeah, nah, what we want to know is what dumb s**t have you done while distracted? Share your thoughts in the Facebook comments.

By Chuck Steinway 22 mins ago