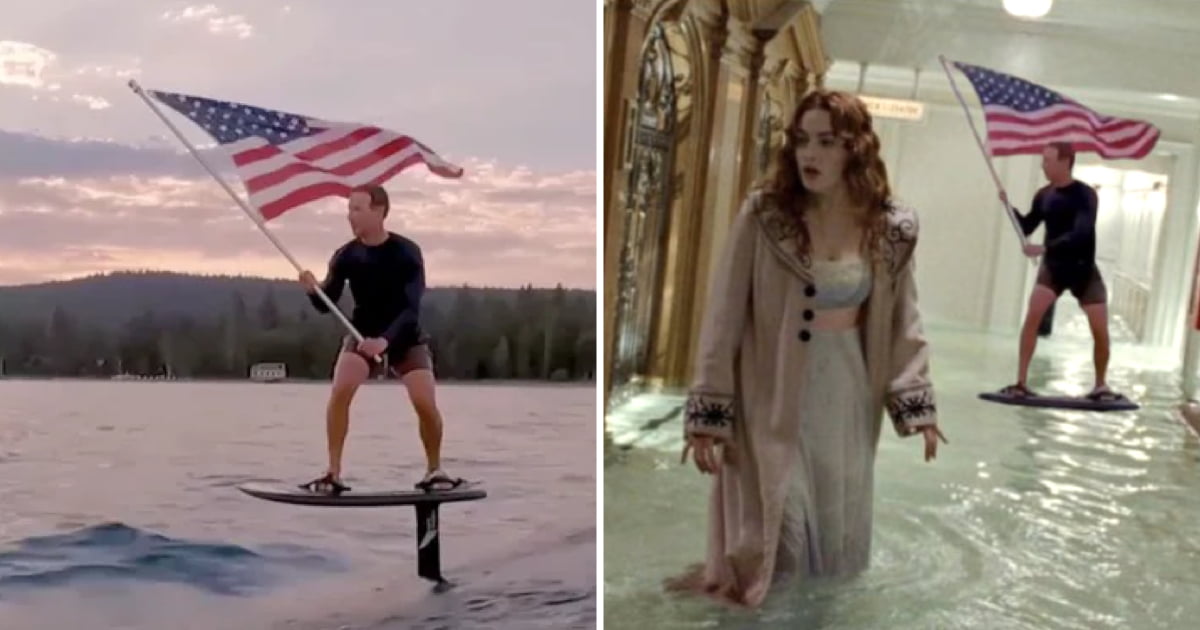 We often talk about the fact that different nations celebrate their ‘national day’ in different ways. Here in Australia, we have huge debates about the ethics of having our national day of celebration on a day that’s pretty hurtful for the first Australians. We’re not sure what they do in France, but we’re pretty sure it’s got something to do with guillotines. In America, they blow s**t up and, according to Zuckerberg, they wave flags while wakeboarding.

Now, we don’t know if you saw the actual video that started this or not, but before we talk about it, we just want to be fair to our American friends and say that we are most definitely stereotyping here. We know that large swathes of Americans actually think fireworks are pretty distasteful during times of drought and pretty unfair on pets. We have similar debates here, so don’t worry dudes, we get it.

Anyway, Zuckerberg. To celebrate the 4th of July and prove that he isn’t actually a robot, he shared a video of himself wakeboarding while holding an American flag. The whole thing was set to the soundtrack of John Denver singing Take me home, country road.

Her: come over
Zuck: I can’t, and you live across the ocean
Her: my data is unencrypted and I have no privacy settings
Zuck: https://t.co/x8GN0grchr

Excellent, another photo for my Zuckerberg Surfing folder. pic.twitter.com/wymMqeJwJ1

Zuck otw to deliver your private user data to the us government #July4th pic.twitter.com/0wmioVTJmq

It was pretty special. Yeah, nah, as far as videos online go, it certainly was one. And that meant that Zuckerberg was immediately turned into one of the internet’s newest memes.

why won't he fly to space like all the other weirdo billionaires pic.twitter.com/YFitmaA4aQ

As you can see, people wasted no time at all making this one go viral, and you’ve just gotta give credit to a culture that’s spawned all of this. On one hand, you’ve got an aggressively American movement from Zuckerberg, and on the other, you’ve got the most 2021 response possible: f**ken memes.

Meanwhile under the water… pic.twitter.com/Dz3Md1naEk

Final thought: If we weren’t sure before now, we definitely are now. Life itself is the meme, and there’s nothing about it that doesn’t deserve to be immortalised in a frenzy of viral piss-taking. If you’ve seen any good ones we’ve missed, post ‘em in the comments section. See ya there!