Sometimes, we just don’t know what to tell you. Yeah, nah, usually we can come up with a ridgey-didge bit of blurb to get started on a little story, but today, we’re feeling the pinch and we’re not really sure what to say. Because of that, we’ll start with the facts. This video is about a crab. Said crab is smoking a cigarette, and there’s not really much else to it, so let’s just f**ken get on with it shall we…

So, er, yeah, we’ll start with the obvious. We don’t really know how old this crab is. He doesn’t look very old, but who are we to judge. Maybe crabs operate under different laws to the rest of us and they don’t have to be eighteen, really rebellious, or slightly arty to smoke cigarettes. Yeah, nah, maybe it’s not even a rite of passage for them. 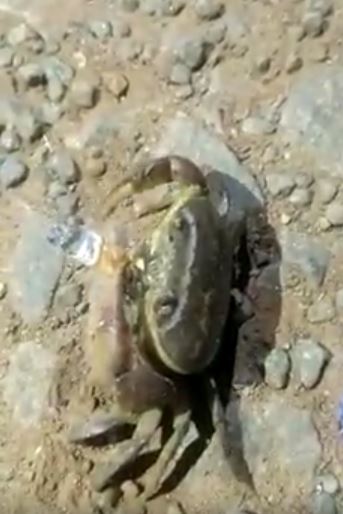 Anyway, this crab was filmed by a Facebook user by the name of Vanessa Santos, and she lives in Brazil, and we don’t even know what the laws are for people who want to smoke cigarettes in Brazil. Still, just so you know, she posted this video to Facey back in January, and she was like, “If I tell you I saw a crab smoking on the boardwalk, you’ll tell me to stop drinking….Glad I filmed it.”

And she’s right. We wouldn’t believe her. Still, there it is: a crab smoking a cigarette. And it’s actually smoking it. It’s not bum-puffing either. Yeah, nah, it’s legit drawing on that thing. 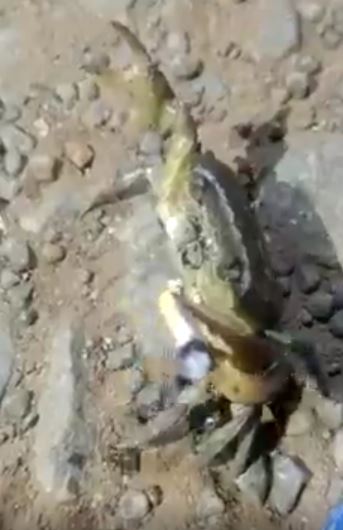 And look at the way it’s got it pinched in its claw. We don’t know if it found it like that when it was searching in the gutter for dumpers or whether it’s got a packet of them in the pocket of its crab jeans, but we are really glad we’ve seen this. 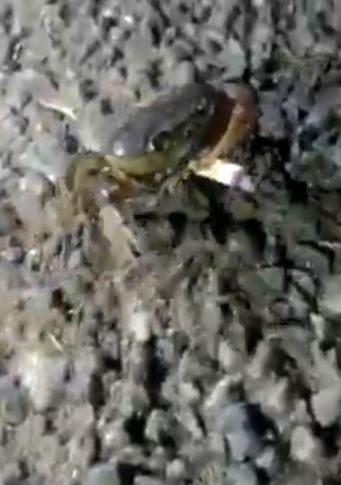 Crabs have always had a bit of mythos about them and they do look like rebels, but this might be the crabbiest crab of them all.

Final thought: Yeah, this has got us wondering big-time. What else don’t we know about crabs. Maybe pulp horror author Guy N Smith was onto something with his books about crabs taking over the world. Maybe. Let us know what you think about this crab in the Facebook comments.