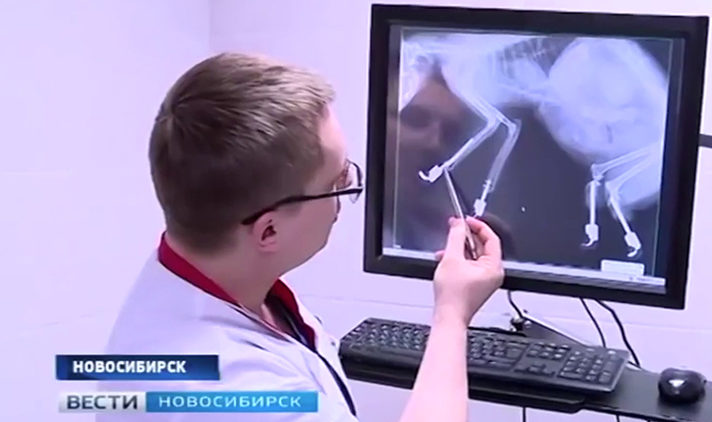 We’ve all heard the saying ‘cats always land on their feet,’ right? Well, while that always turns out to be true when you throw the neighbour’s annoying cat back over the fence, it’s also true on a deeper and cheesier level. Check this video out to see why… 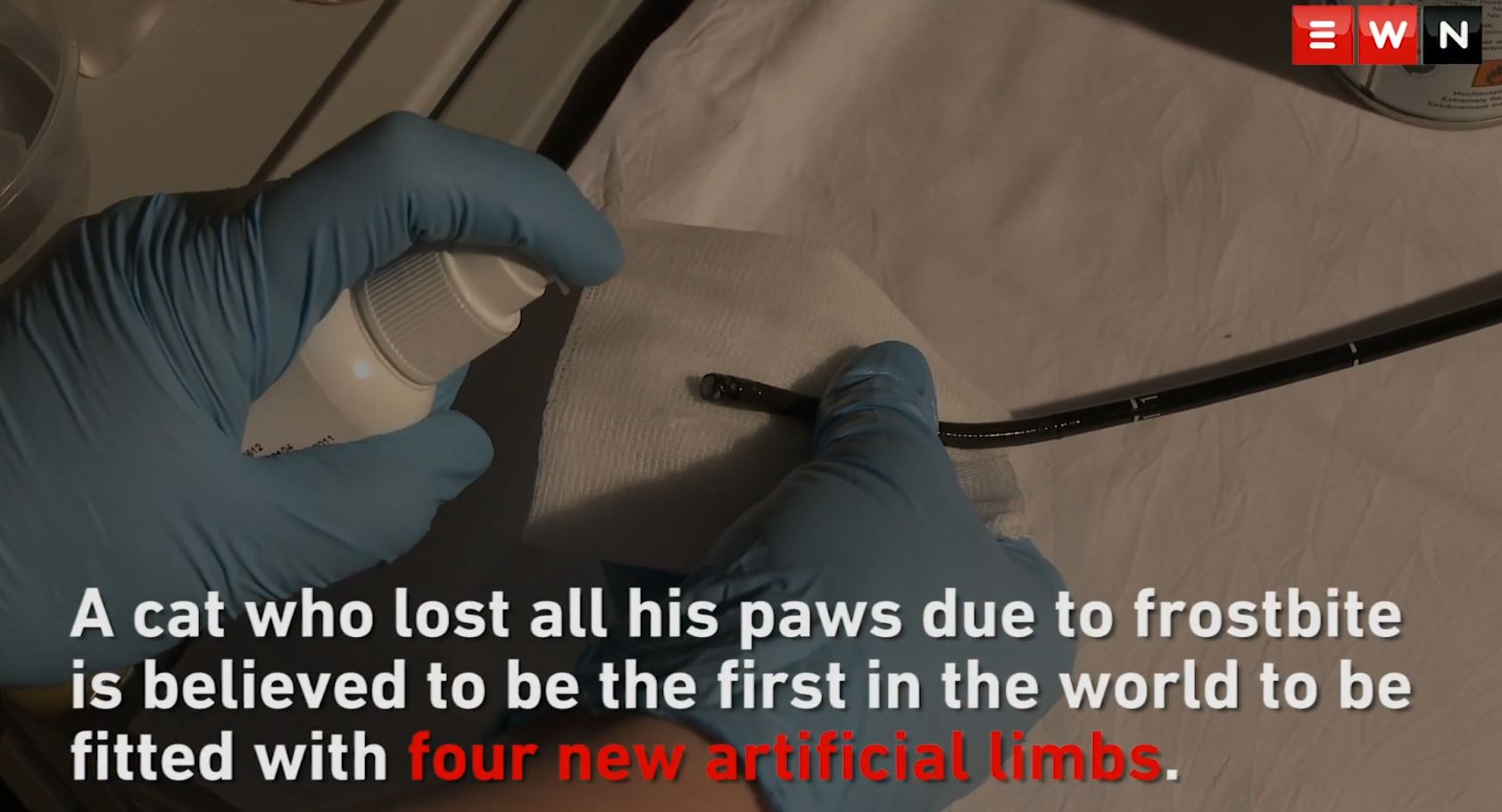 This resilient little bugger has really taken that old adage about cats always landing on their feet and turned it into a mantra. Don’t get us wrong, he’d be in deep trouble if he ever had to pose as the ‘hang in there cat,’ but considering he recently had four feet amputated and has taken to his titanium implants like a fat man takes to pudding, he deserves some praise. 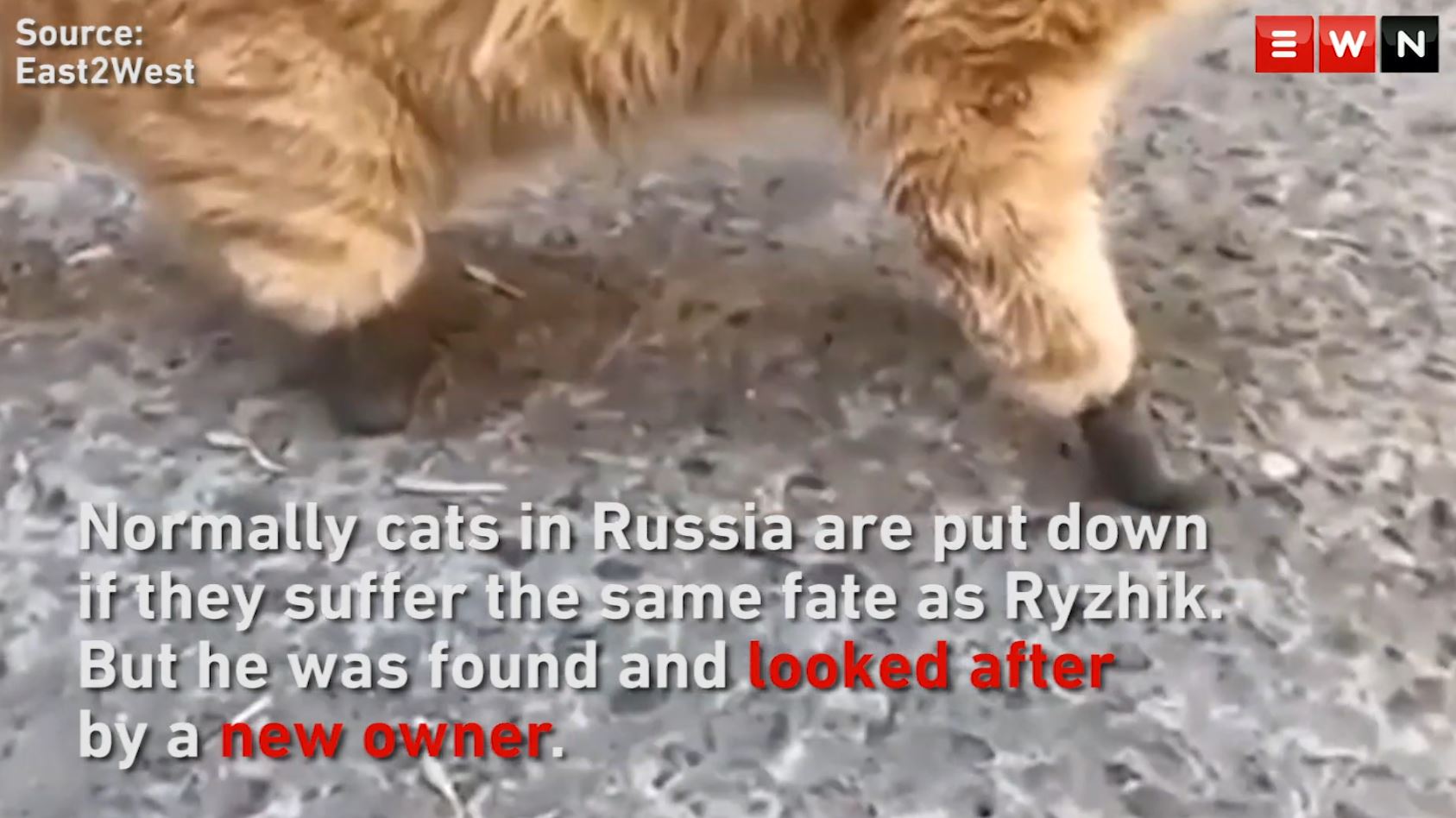 After he was left to freeze in temperatures of minus 40 degrees Celsius, this Siberian legend developed a bad case of gangrene and had to have all his paws chopped off. Fortunately for him, his new owners were like, “Nyet! You will not put this cat down. We want to shave and tattoo it!”

They took him to Novosibirsk where super-vets used computers and 3D modelling to make him some new feet that would actually bond with his real bones. One of the vets behind the procedure, Sergey Gorshkov, said, “He is definitely the first cat in the world who experienced such surgeries. The limbs have fully connected with the skin and bone. The part of the limb that goes inside the body is spongy, the bone tissue grows inside it.” 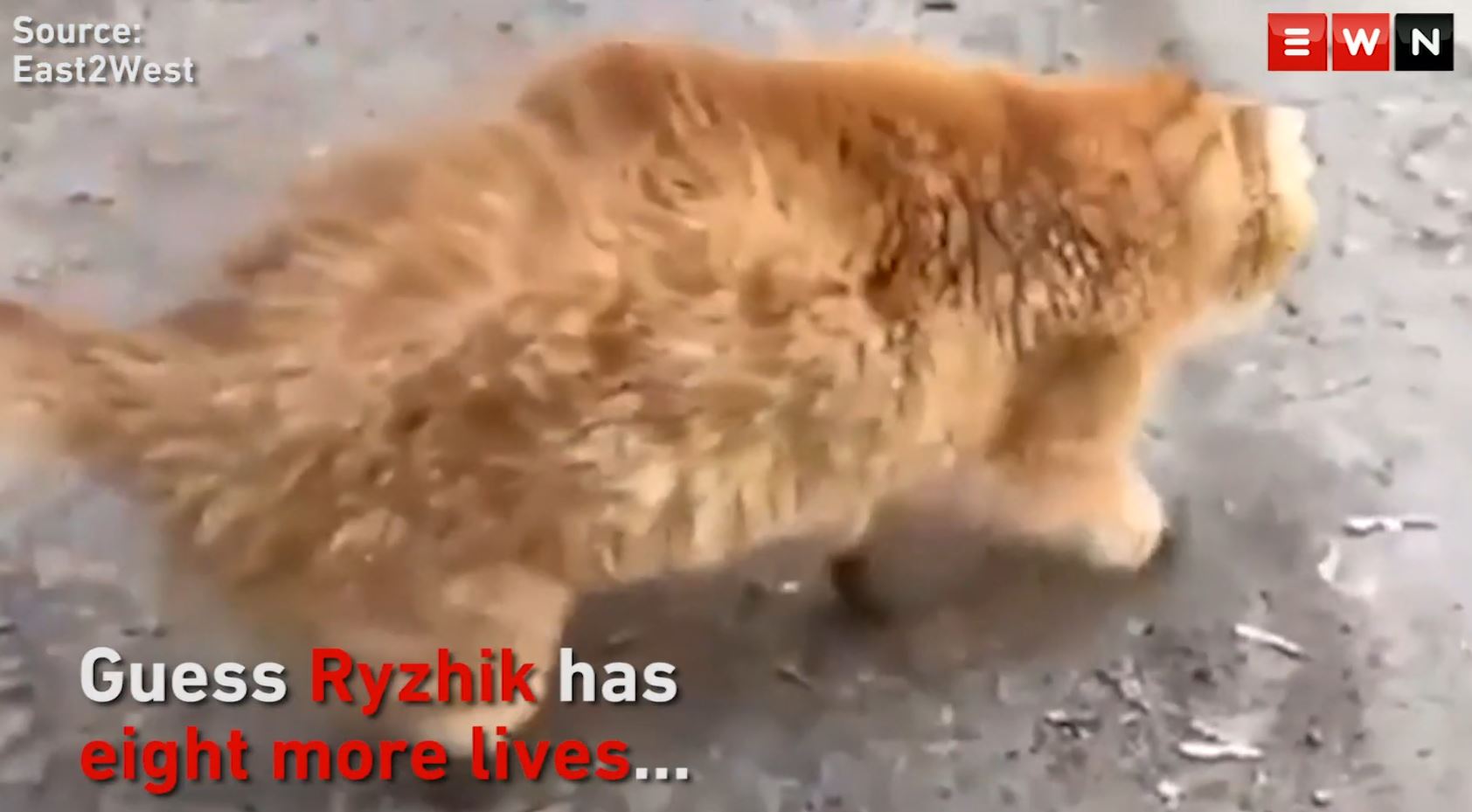 This is a pretty bloody tops success story for the little cat. Usually, cats who are found in this sort of condition in Russia are turned into dog-food and hats.

Final thought: We bloody love this. Have a squiz at the little legend as he moves around on his new feet. Best of all, he can’t scratch anymore. If that was our pussy, we’d definitely pat it!

Just in case you missed it, here’s one of Ozzy’s latest commentary videos…Ozzy Man Reviews: Quickest Dog Ever.