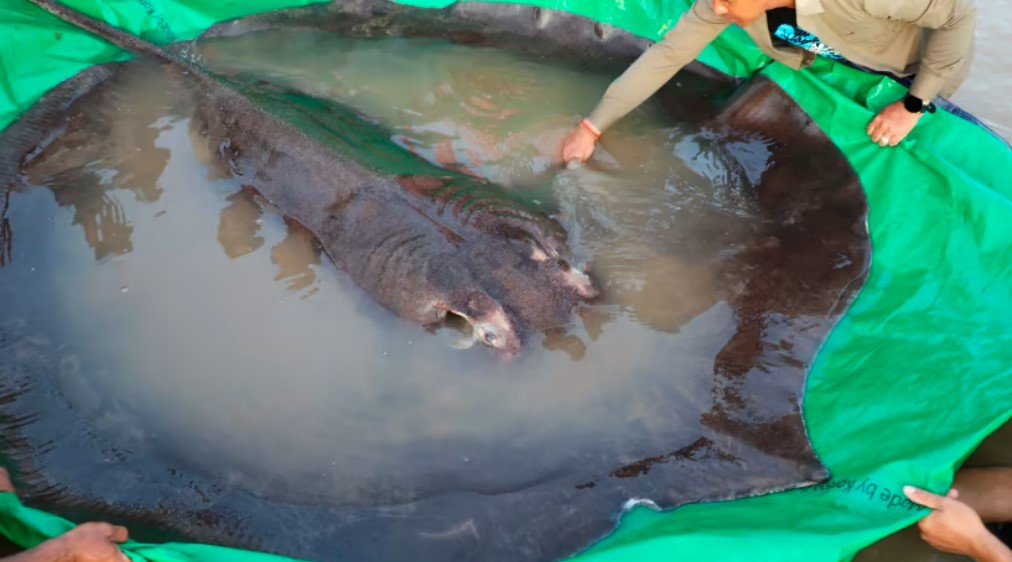 F**ken tell you what, this is a fish that’d give Rex Hunt a big bloody stiffie. Yeah, nah, don’t get us wrong, we know he wasn’t exactly Troy McCluring the fish he caught, but he knew how to reel in the big ones. Still, the big bloody legend never landed a freshwater fish quite like this bewdy of a stingray. Check it out…

Yeah, we don’t reckon it’s a big stretch of the imagination to say there are probably a few keen anglers in the comments section, but when it comes to freshwater fish, not a single one of you can claim to have landed anything like this. And before you go calling bulls**t, just know that this f**ken monster is the largest freshwater fish ever recorded. 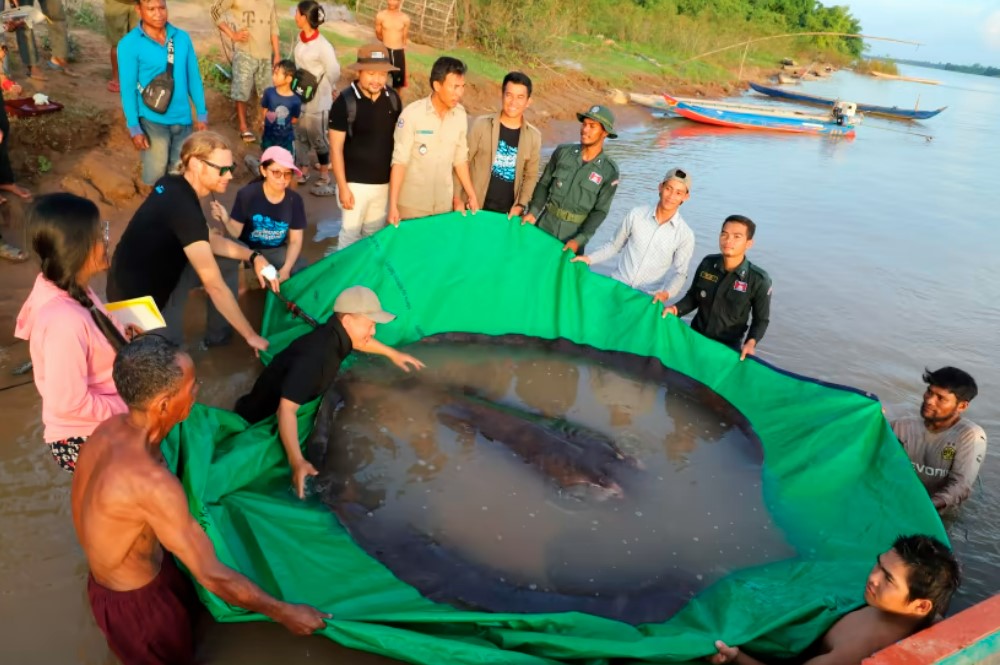 The big bugger is twice the length of the average human and clocks in at just under 300 kilograms. It was caught in a stretch of the Mekong River that runs through Cambodia. Funnily enough, the previous holder of the biggest freshwater fish ever (a Mekong giant catfish) was also from the Mekong.

This beast was caught by a local fisherman and recorded by Wonders of the Mekong – a joint Cambodian-US Research project. The group’s leader, Zeb Hogan said, “When you see a fish this size, especially in freshwater, it is hard to comprehend, so I think all of our team was stunned.” 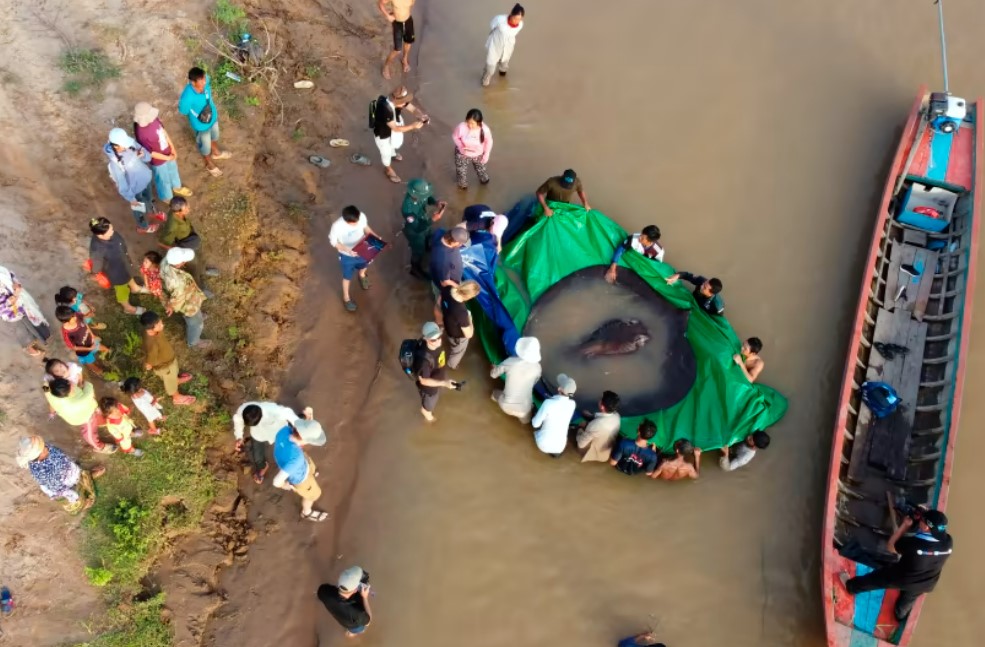 He reckons that big freshwater fish like this one are getting rarer and rarer due to the fragmentation of their territories. “Big fish globally are endangered. They’re high-value species. They take a long time to mature. So if they’re fished before they mature, they don’t have a chance to reproduce. A lot of these big fish are migratory, so they need large areas to survive. They’re impacted by things like habitat fragmentation from dams, obviously impacted by overfishing.”

Fortunately, the stingray, was tagged and released back into the wild so it can help provide information on the behaviours of giant stingrays. It didn’t get away completely free, though. Yeah, nah, it takes with it a new nickname. Locals named it Boramy, which means full moon. 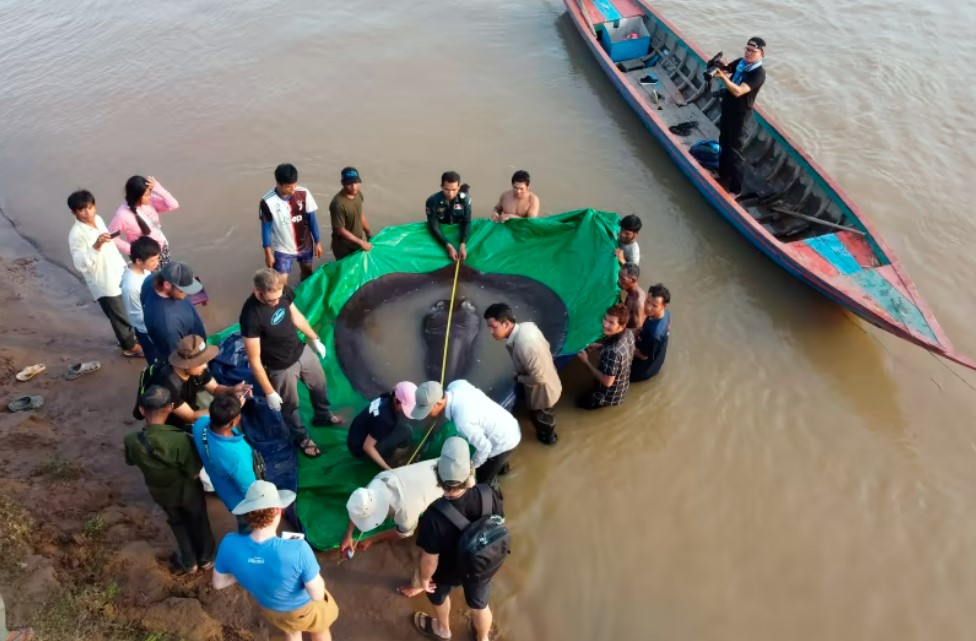 The fisherman didn’t go away empty-handed either. He was paid market-rate for the specimen and took home about 600 US Dollarydoos for his efforts.

Final thought: Yeah, we always love to see wildlife, particularly when it’s record-breaking wildlife. This is no exception. If you reckon you’ve caught something near as big, share your tall story in the comments section. See you there!