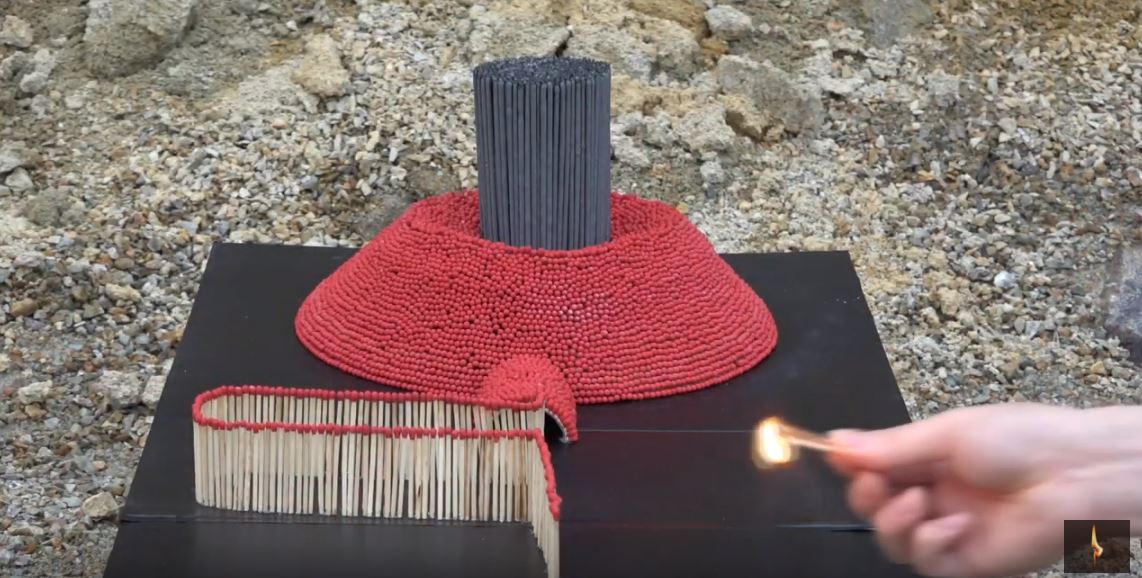 Bloke creates ‘volcano’ out of 16,000 matches and the result is bloody mint

We all know that Dominos are pretty friggen hard to beat when it comes to items you can get a rad chain-reaction out of, but it’s important we don’t discount the match-head. Fair dinkum, the humble match-head often goes unmentioned in the cause and effect stakes, but while a gazillion matches might not look as clean and dynamic as a million dominos tumbling, they’ve got one thing the humble match doesn’t: friggen fire!

If you’ve ever been held captive by the mesmerising dance of a flickering flame, enthralled by the hypnotic cavorting of a roaring campfire, or held hostage by the burning of a ceremonial bonfire, you’ll know that fire’s got its perks. 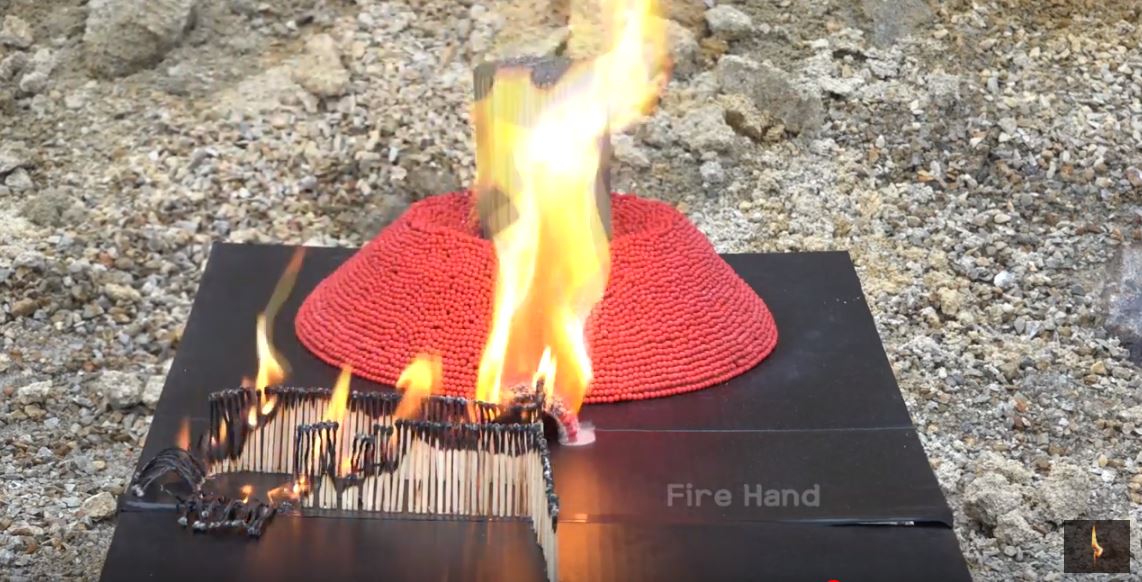 And, yeah, nah, we’re not talking about warmth here. We’re literally talking about the cool as hell visuals you can get from fire. And that’s exactly what Fire Hand, the YouTube channel behind today’s video, has delivered. 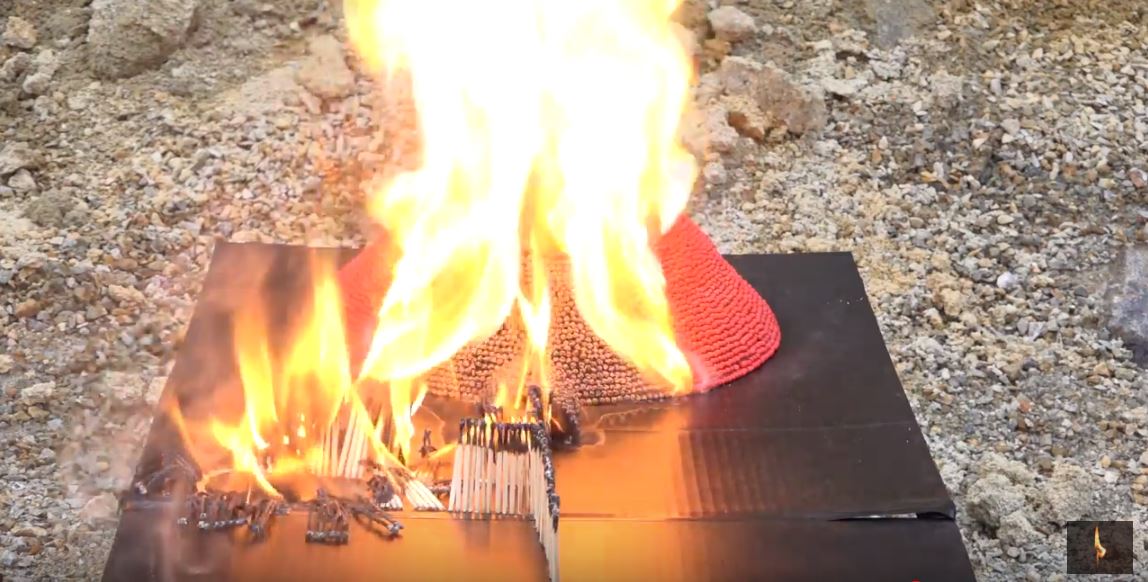 Put simply, they’ve designed a cool little volcano out of 16,000 safety matches and some bloody sparklers. It wasn’t simple though, as they explain in the video description, it took thirty hours to build. “In this Experiment I burn a Volcano made from safety Matches! The creation of this Volcano took me about 30 hours to make and 16000 safety matches were used.”

Have a bloody squiz at it. It certainly makes for a good watch. To start with, you’ve got the trail of matches kinda slowly travelling along, but once the flame hits the actual volcano, things really start to heat up. 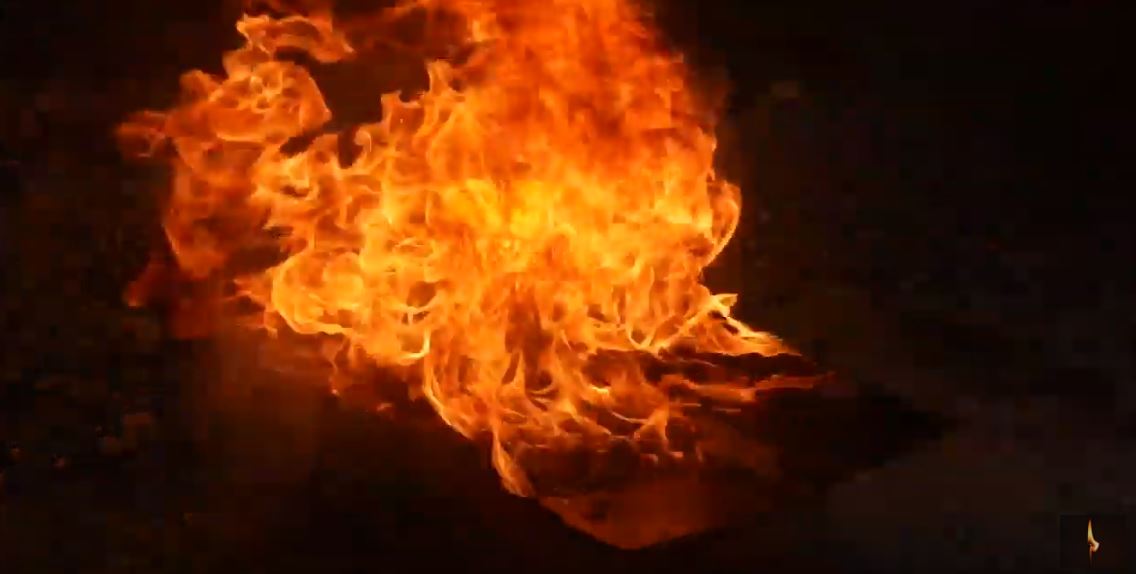 The fire circles the base of the mountain and then, friggen whoosh! The sparklers go off like a frog in a bloody sock. Deadset, watch ‘em go. As the flames beneath burn loosely, these bad boys light up like nobody’s business. The conflagration’s bright as hell. Check it out below!

Final thought: As we mentioned above, there’s a reason fire’s so bloody popular. Not only is it great at keeping us warm, making food edible and ridding the world of witches, it also looks pretty great. Of course, we need to make one thing clear. Just as Fire Hand mentions, don’t do this inside. Save that for the real ning-nongs.