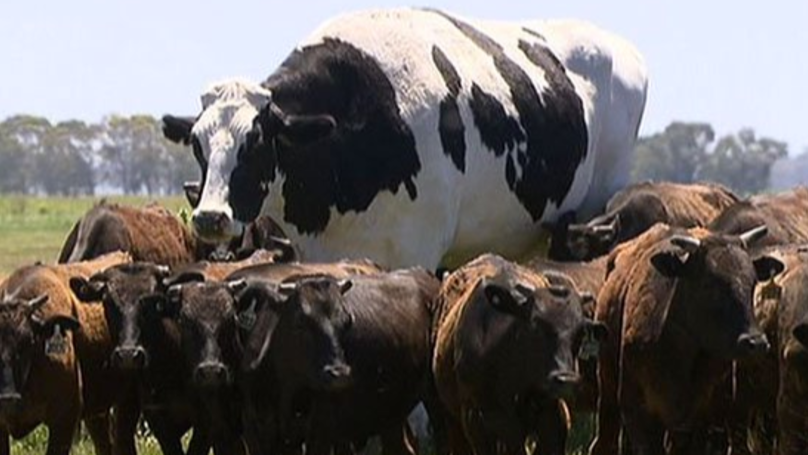 F**k off big cow is too big to be slaughtered

The list of things the average bloke or blokette needs to know about cows, cattle and bulls is pretty f**ken simple: they taste great, they piss milk, they hate little Spanish c**ts with red flags and swords, their bells can make any drum-fill kick six rounds of arse, and they can get pretty bloody big. If you’ve ever wondered just how big these delicious pricks can get, have a look at the video down below. You’ll see that they can get udderly massive.

The bull in the video is named Knickers, and to be fair to him, he’s quite the unit. He’s definitely the full quarter-pounder. At a height of 6 foot 4, he’s as tall as Michael Jordan (or any other person who’s 6 foot 4), and as heavy as a Toyota Hilux. He’s not the biggest bull in the world, but he might be the biggest in Oz. 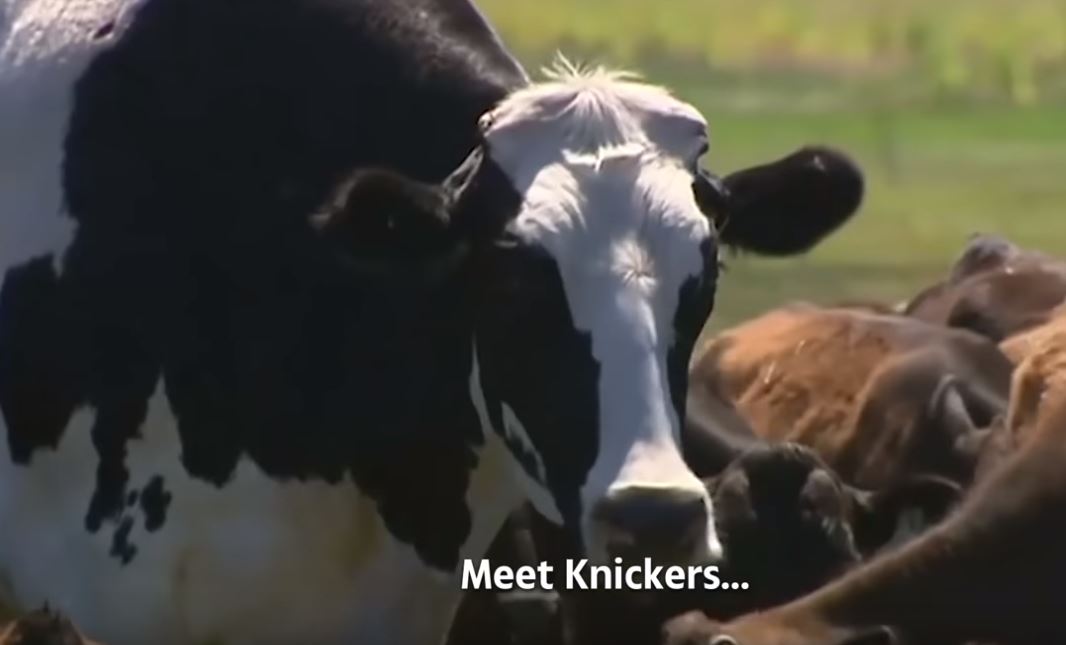 No bull, this bovine behemoth f**ken dwarfs his mates, and as a reward for him, he’s not gonna be turned into meat pies. On the flip-side of that, the poor b*stard has seen plenty of his mates mooved off to the abattoir, so it’s not like his life isn’t without soul-destroying grief. There are probably times he wishes he could be slapped between two buns when you think about it that way. 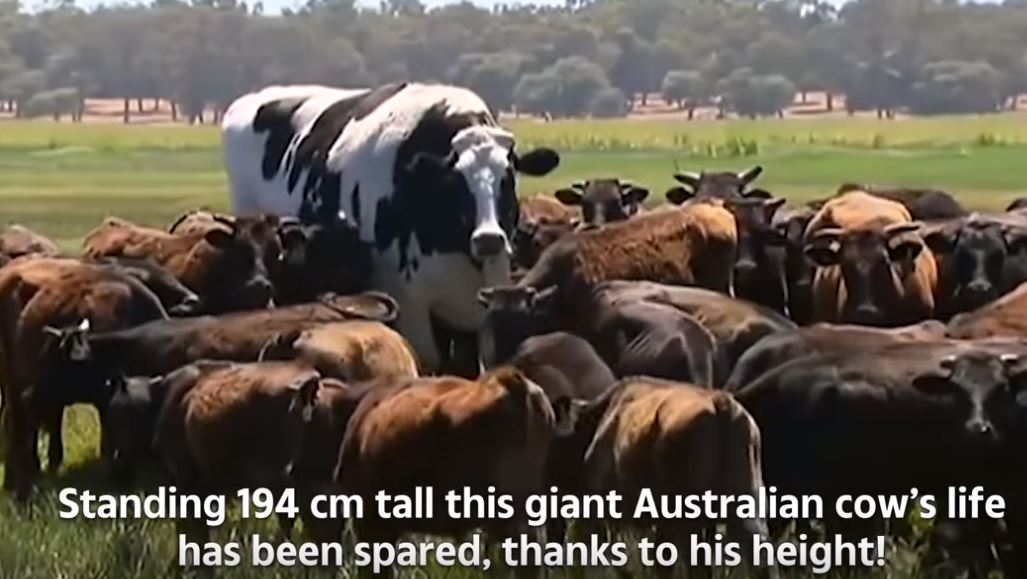 Anyway, when asked about him, his owner, Geoff Pearson, says he’s just too big to kill. “It was too heavy. I wouldn’t be able to put it through a processing facility. So I think it will just live happily ever after.”

As for his interesting name, Pearson says, “When he was young, when we first got him, we had a Brahman steer [a breed of cattle] which was a friend of his. So his name was bra… so we [had] bra and knickers. We never thought he would turn into a big knickers.” 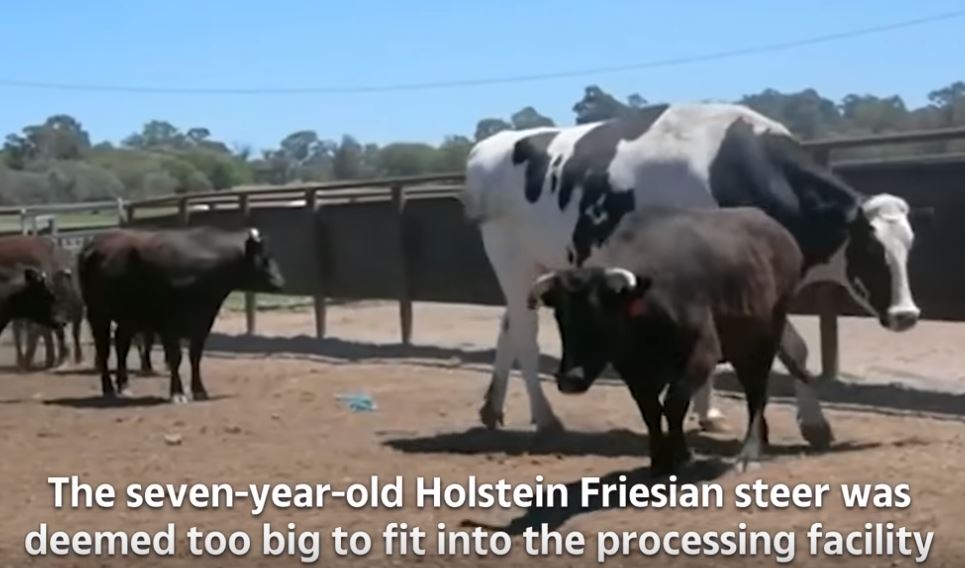 Final thought: You really have to say it’s a mooving story and it’s great that the giant bull’s need to grow couldn’t be cowed, but you have to wonder how many meat pies you could make out of the bastard, don’t ya?