Mash Up Of Every Insult ‘The Hound’ Says on GoT Is F*&king Mint!

We all know that Sandor f***ing Clegane, aka the Hound, has got some of the sickest burns in Game of Thrones. And no, we’re not talking about the gnarly scars on the chewed up piece of leather he calls a face; we’re talking about the brutal roasts he dishes out on a regular basis.

Clegane doesn’t hold back on anyone he feels worthy of a solid sledge. His banter game is off the charts – and he swears like a proper f***ing Strayan. In fact, the way he throws the C-bomb around, we could even consider him an honorary Ozzy.

A new video collecting the hound’s best insults has surfaced online and it contains a comprehensive collection of Clegane’s roasts, burns and verbal sprays. 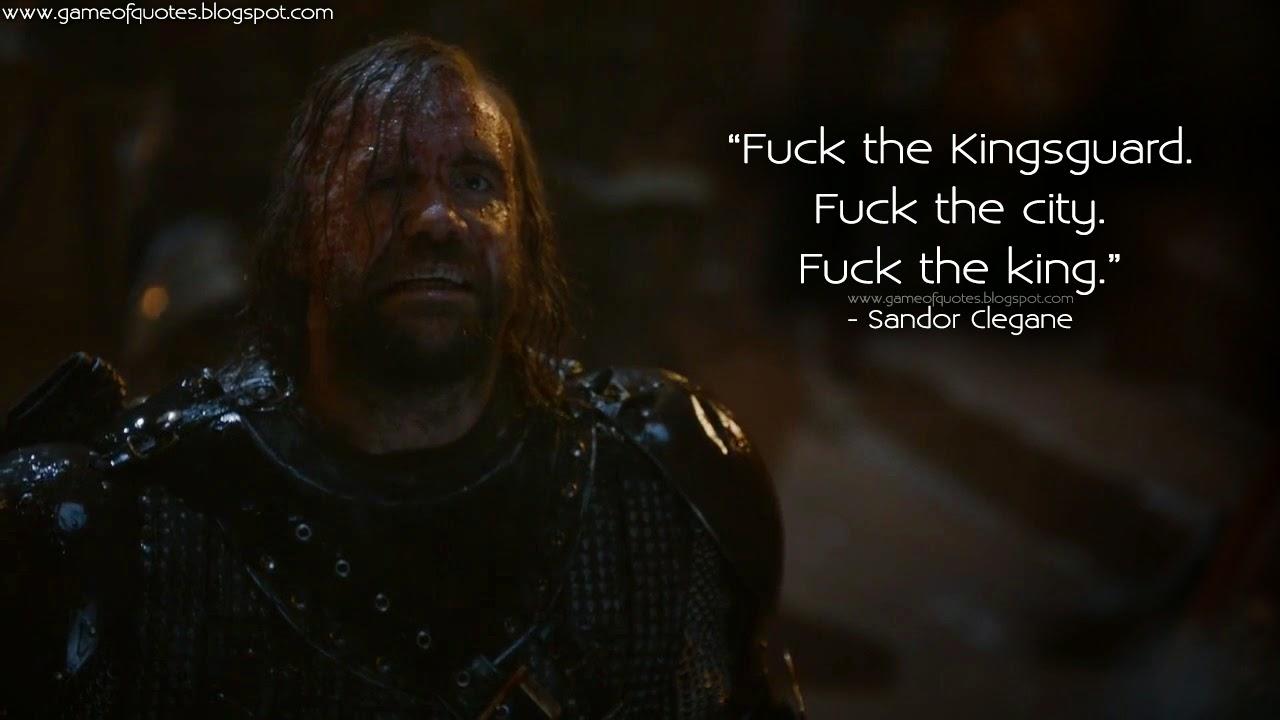 It starts off by going right back to season 1 when the Hound was yet to embark on a character arc that would see him transition from one of the most feared characters in the series to one of the most popular and takes us right through to recent episodes where Clegane banters with Tormund Giantsbane. 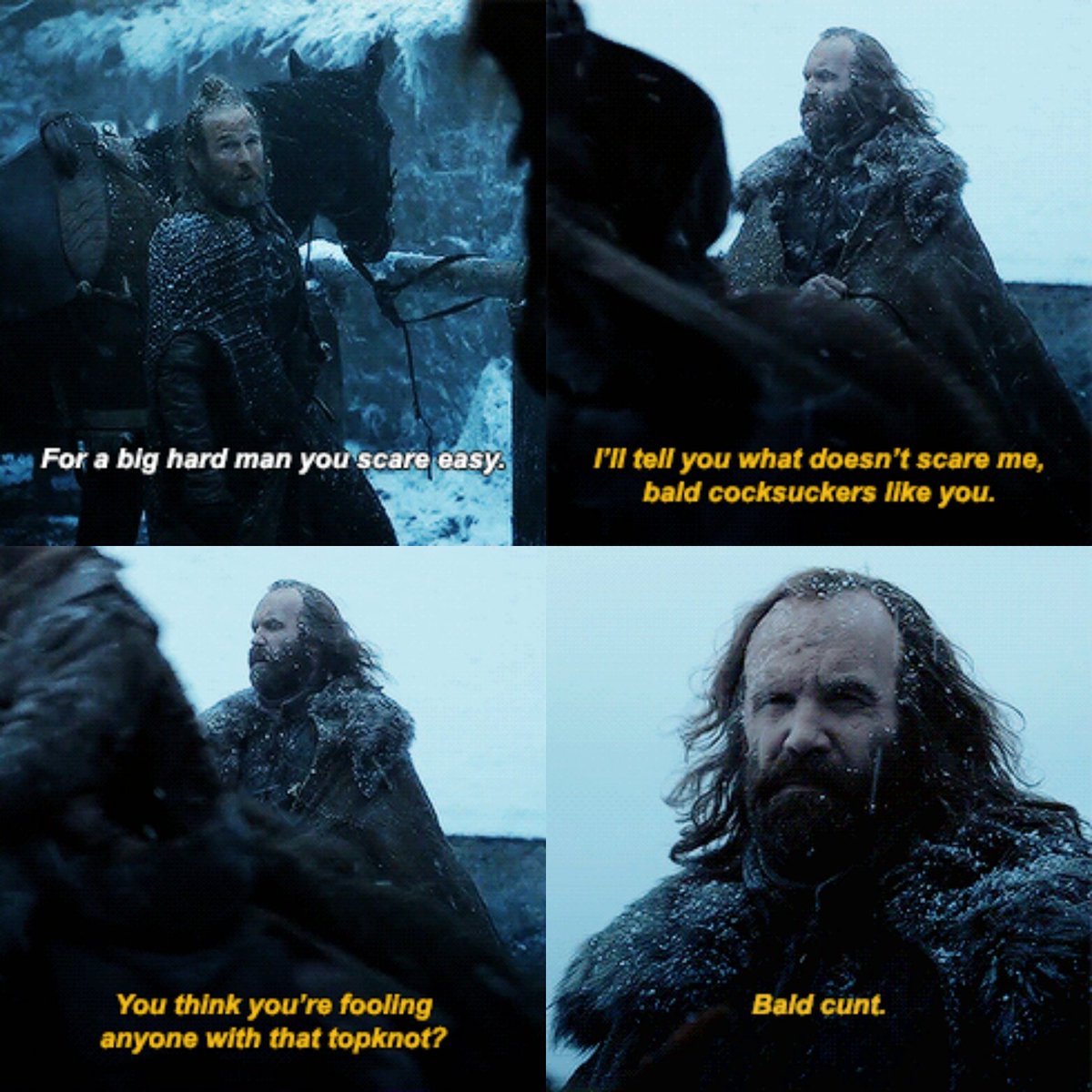 However, one of the early gems has to be this exchange involving Tyrion and f***ing Joffrey:

Of course, it gets better. That particular exchange comes right as the hound decides he’s had enough fire and enough of King’s Landing.

From there he ends up in a cutesy buddy comedy with Arya Stark. And let’s face it; looking at Arya now, we all know this is a relationship that left more than a little influence on the impressionable young lady of Winterfell.

But of course, one of the best moments of banter came near the end of the latest season. It’s no secret that the Hound and Tormund are two fan favourites with a strong bend towards violence and bad language, not to mention their respective ‘interesting’ relationships with Brienne of Tarth. 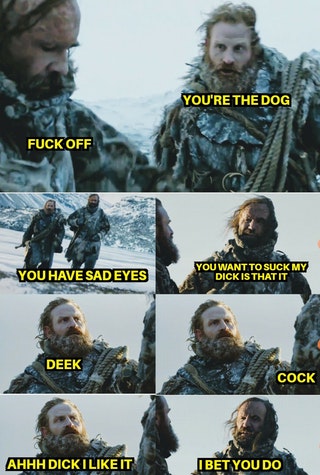 This scene is of course the moment Tormund learns what the word ‘dick’ means, and then making the mistake of saying he ‘liked it.’