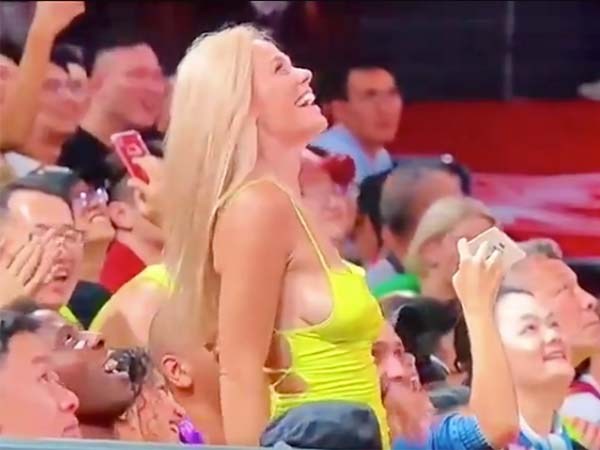 Showing support for your team is a time honoured tradition for all countries and sporting codes. They are heaps of ways to get behind your favourite team, face painting, huge bloody signs, cheering and all sorts of carry on. For the incredibly passionate sports fans, there might even be a little bit of biffo after one too many cups of liquid courage.

One sports fan has hit the headlines in recent days with her own special way of showing confidence in her team and providing encouragement. This committed team player was supporting Brazil at the FIBA World Cup of Basketball. 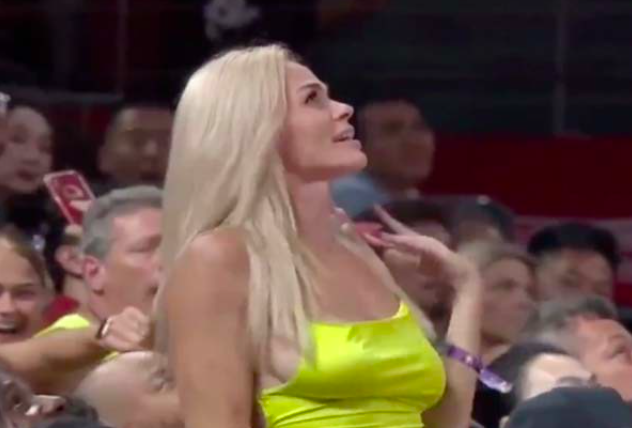 For anyone that’s still listening, or even interested, Brazil shaped up against the USA and lost. Anyway, back to the important bits.

Showing support for the team, the Brazilian fan gives her chest dumplings a little shimmy shake, and the sports commentators lose their goddamn minds. Not in a crazy outlandish way, but in a “der, der, der, titties…” kind a way.

Our boy Andrew Gaze lingers on the word “support” as he tries to gather his thoughts and finish his bloody sentence. It’s clear his minor brain fart was a result of gettin’ an eye full these Brazilian shimmy shakers. 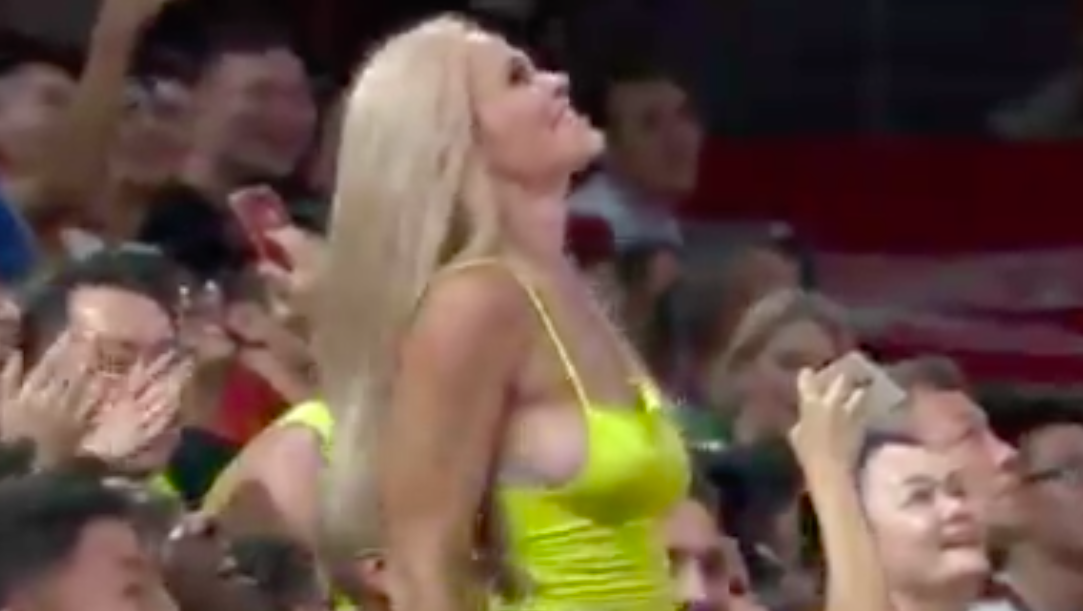 Her breasticles made quite the spectacle in the crowded stadium with the footage being tweeted and shared all over social media, sprouting heaps of spin off jokes referring to how this sheila supports her team.

Sweet Brazilian fan at the World Cup 😎😎👀👀 (via @DaRonz82) pic.twitter.com/VhW7eQlhv3

In keeping with the sports theme, here’s an instant replay from a different angle.

As David Puddy once said in Seinfeld ‘gotta support the team‘. Bloody shake that sh*t. Yeah nah yeah keep a look out at the next AFL Brisbane Lions finals game to see Ozzy Man whippin’ his tiddies out too no doubt.

Check out the commentators reaction to it here: