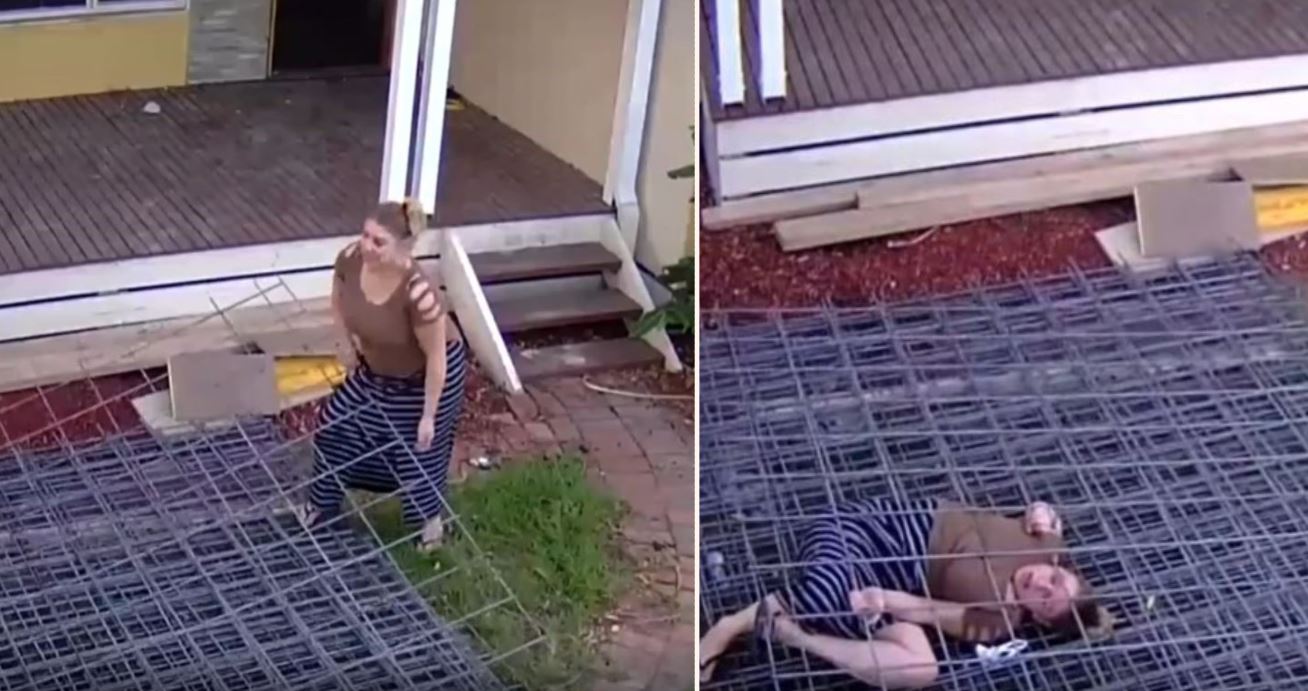 We know you lot out there in the comments section love a world’s dumbest criminal story, and we do too! That’s why, when we saw this news report, we had to highlight the travails of one poor sheila trying to steal some wire mesh from a building site on the Gold Coast. Have a bit of a watch. It’s bloody worth it.

Rightio, as they detail in the video, the sheila’s obviously an opportunistic one. She’s not decked out in the kind of footwear you might expect on a building site, and she’s got no hardhat or hi-vis, but f**k it, she reckons, that’s some bloody handy wire mesh there, and it’ll go great guns along that hole in the back fence. 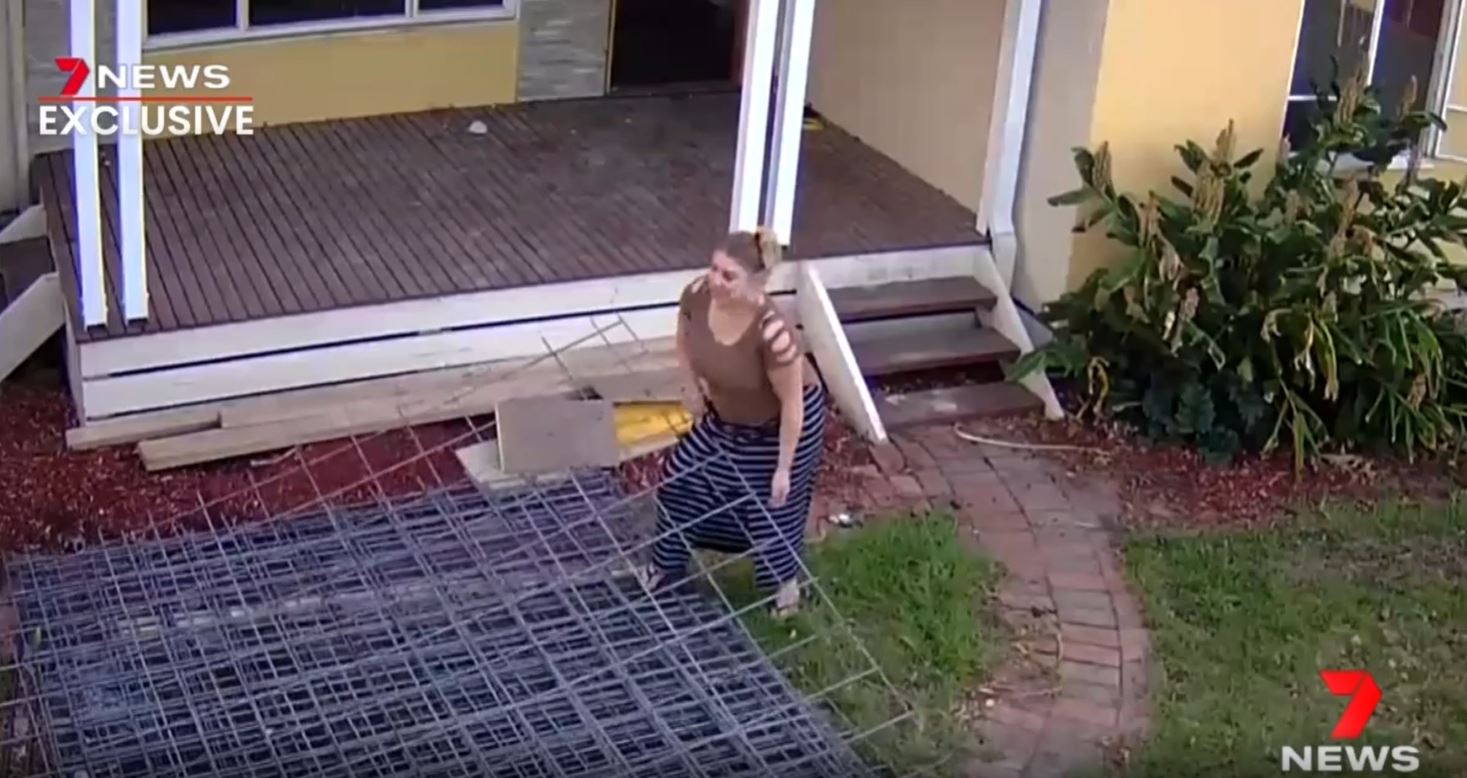 Anyway, rocking the pluggers, she hefts up the wire mesh – and it’s not a small measure, that’s for sure – and just when you think she’s about to make a clean getaway, she starts to wobble. Oh, f**k yes, she’s wobbling! We don’t know if the back of her pluggers are caught in the wire, but it’s a distinct possibility, because she f**ken topples! 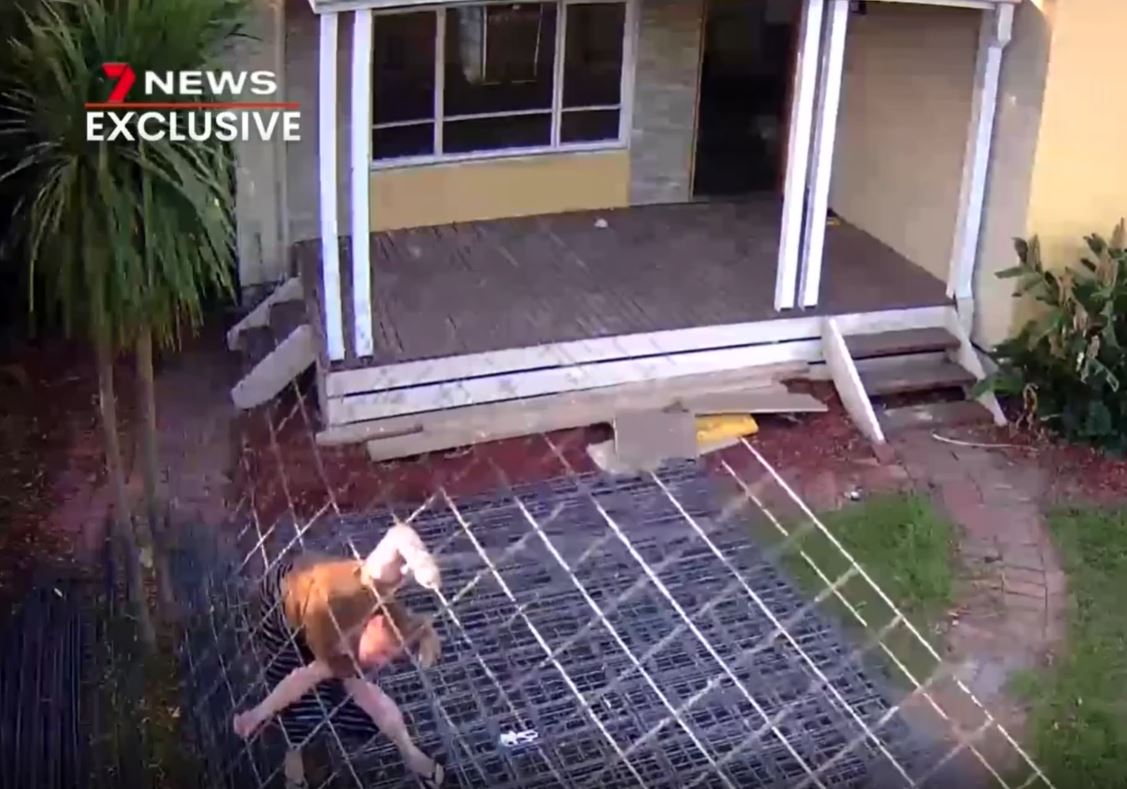 Bang! Down she goes, and to add insult to injury, the bloody wire mesh lands on top of her. She’s trapped. Look at her under that thing! She’s like a turtle on its back.

Best of all, the tone of the news reporter, she knows this is a serious business, this attempted theft, but she also knows it’s piss-funny. 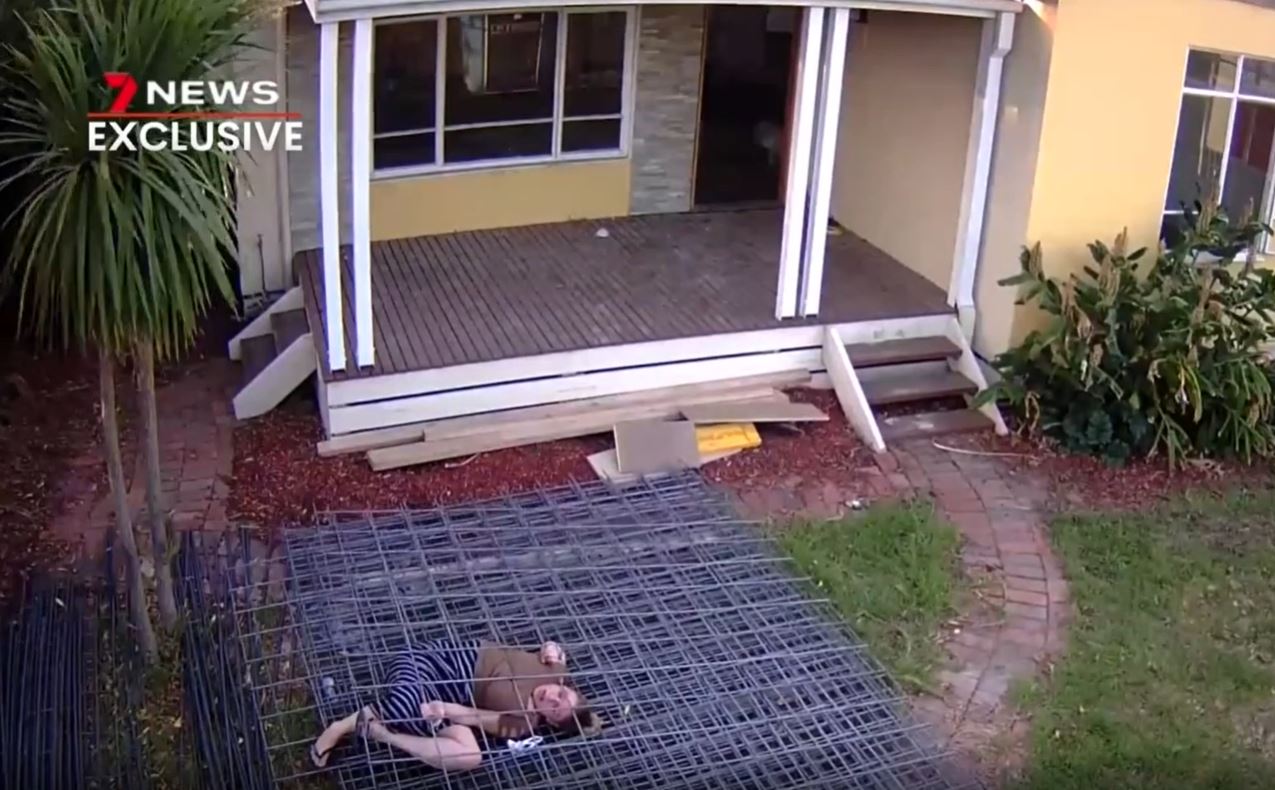 Anyway, the sheila eventually finds her way out. No word on what’s happening to her next, but we reckon that when she comes back she’ll be doing it with an accomplice. 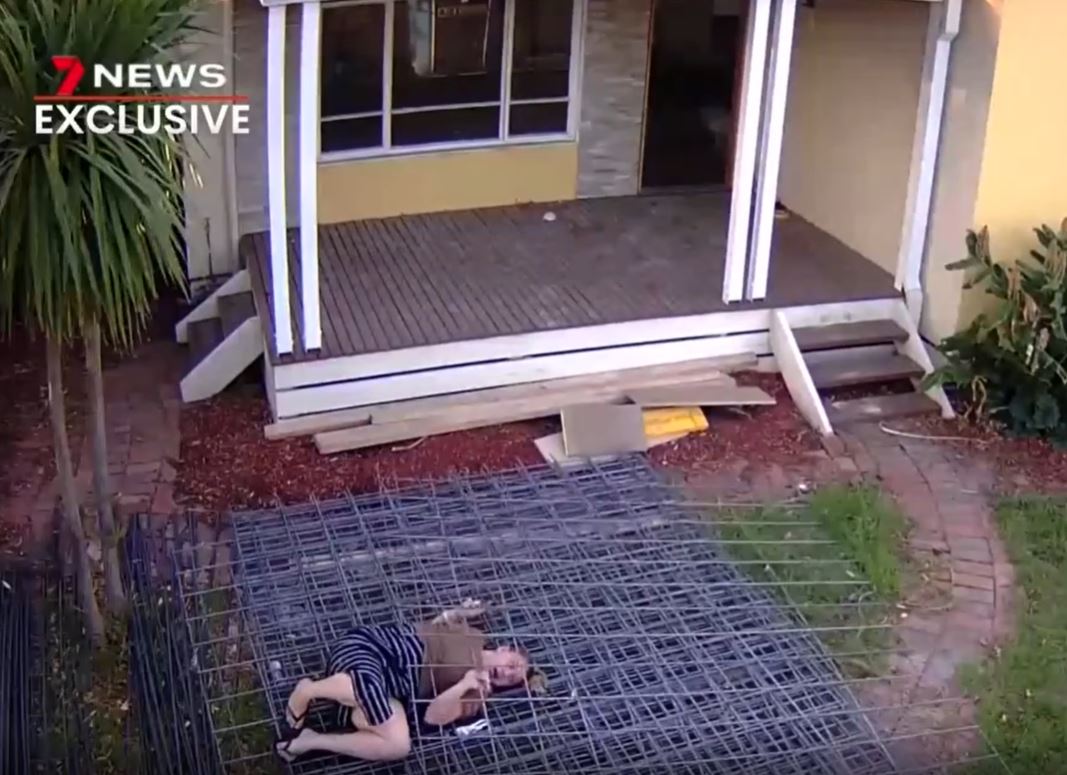 Final thought: We’ve said this before, but deadset, you just can’t get away with anything these days. You’re on camera everywhere. So, if you are thinking of running some dodgy s**t like this, just bloody don’t!