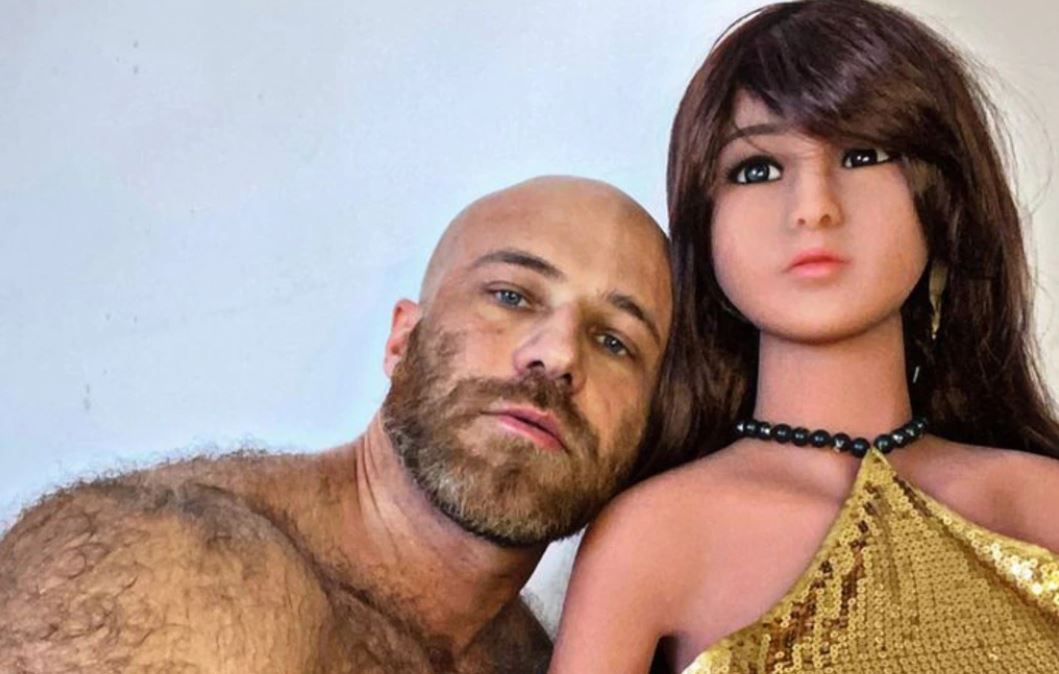 You probably remember the story about the bodybuilder who married a sex-doll. After all, it’s not like it’s a forgettable headline. Still, what you might not know is that the guy is now onto his second sex-doll marriage and he’s just shared images of his new bride on Insta!

Yeah, look, we’ve summarised a fair whack of s**t in that headline, but we’re gonna work on the basis that you can find out all about Kazakhstani bodybuilder Yuri Tolochko’s first marriage here.

If you just wanna move on with the yarn, Margo carked it when he ‘broke her’ shortly after their wedding. Now, we don’t know how that happened and we don’t want to. What’s important here is the latest love of his life, Luna.

Yuri and Luna have spent a week honeymooning in Bulgaria, and Yuri has shared images of the event on Insta. He reckons, “It was a work trip, but it was also so romantic that I consider it a honeymoon as well. We stayed in the capital Sofia for about a week and it was fabulous.”

Apparently, he says they went out to restaurants and ‘took advantage of the hotel room.’ Now, we don’t reckon you can say that in a fair-dinkum non-creepy way, so we’re just gonna let it awkwardly sit there.

In the past, Yuri’s expressed reservations about the attention his last sex-doll wife Margo got after he shared images of her online, but he seems over that s**t now.

Yeah, nah, he seems to be lapping it up. “I like it when people look at us and their mood lifts,” he reckons. “When the pandemic began, this was especially important. People lived in fear and often came to my Instagram page to smile and cheer themselves up.”

Still, it’s important to know he’s not exactly a monogamist. Yeah, nah, we’ll just finish on this point; He’s got a ‘harem’ of sex-doll wives. He reckons that anyone wondering about Luna’s wedding ring is gonna be disappointed. “We do not have wedding rings as Luna is not my only lover. There is also Lola. I have a harem….I will come up with some kind of symbolic jewellery that we could all wear. We need to discuss it.”

Final thought: Yeah, nah, sometimes we wonder what kind of opinions people might have about this sort of thing. And, fair dinkum, it is a bit strange. Still, what’s important is that Yuri – and his harem of sex dolls – are happy, and we reckon that when you find that happiness in life, you’ve gotta embrace it. How about you?