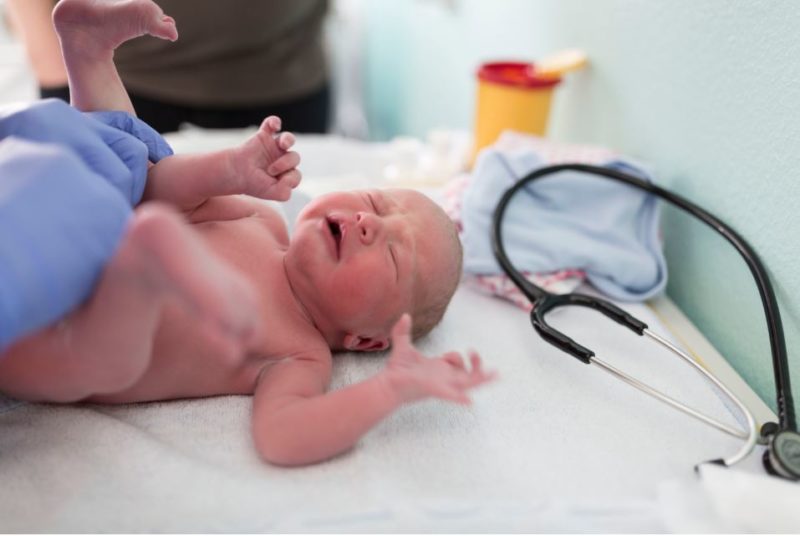 Back in the day, or so it seems, no bloke worth his salt was ever seen in the delivery room when the missus was squeezing out a fresh cherub. They just sat outside the door, slowly getting sloshed and preparing their cigar for the moment they heard a popping sound and a nurse call out, ‘Nothing but net!’ These days, though, blokes are way more invested. They’re a support mechanism for their sheila. Well, if they don’t get booted from the room by the nurse, that is.

For this story, which we’re going to assume comes from the land of Pom based on the vernacular of the man behind it, we’re heading to a hospital delivery room. That’s where the Dad of the story is providing that pillar of support and strength that every sheila needs when she’s giving birth.

Essentially, this bloke reckons his missus loves a bit of banter and the nurse was out of line. We’ll give you a squiz at his own description of events and let you make your own mind up as to whether she was overstepping her place or whether she had a point.

“My wife gave birth to our first child three days ago and in the delivery room I made a few lighthearted comments which my wife laughed at, but the joyless hag of a nurse lost her shit and kicked me out of the room.

I calmly tried to placate the demented old boiler by explaining she has no right to be offended on other people’s behalf, but that just made her worse.

Eventually I left before my ears started bleeding, but I feel the nurse was in the wrong for giving me s*** in response to a joke between my wife and I.”

So, let’s get to the jokes in question and see if they’re really that bad…

First up, his lady love asked him how things were going ‘down there’ and he replied by saying, “I feel like I’m watching my favourite restaurant burning down.” All right, we can see why some people wouldn’t like that, but we can also see that between a couple in what’s no doubt a moment to be cherished, a bit of crude humour might be welcomed.

The next comment came when the nurse was stitching up some tears in the new mum’s silk igloo. The tactless fella looked over at the already twitching nurse and asked her, “Would you mind putting in a few extra?”

And that’s when the nurse lost it and booted him from the room.

Final thought: We really wanna know your thoughts on this one. As we said above, we can understand why some people wouldn’t like it, but we also understand that it might not really be the nurse’s call to make in a personal situation and that if it is a reaction that the new mum’s not really happy with, she’s kinda ruined the memory of what might be a moment they’re both enjoying. Let us know your take on it.

By now, our love of dogs has been well and truly documented. We reckon they’re f**ken grouse. Deadset, if there’s a dog on the street, we want to pat that little bugger. We want to throw them a ball and give them a bl...