Mate, we talk about big animals on here a fair bit and, in fairness, we make plenty of jokes about ‘em smashing blokes. However, it’s usually not funny when the victim is someone who can’t really defend themself. And, we’ve got to be straight-up, this video features a defenceless kid getting s**t-mixed by a bison. Despite almost pulling the pin on this one, we’ve decided – seeing as the little bugger’s pretty much okay – it’s a pretty good warning video. Check it out…

Rightio, we’re heading to Yellowstone Park for this one.

Like many wildlife reserves, national parks and places of astounding natural beauty, it’s chockers with wildlife. 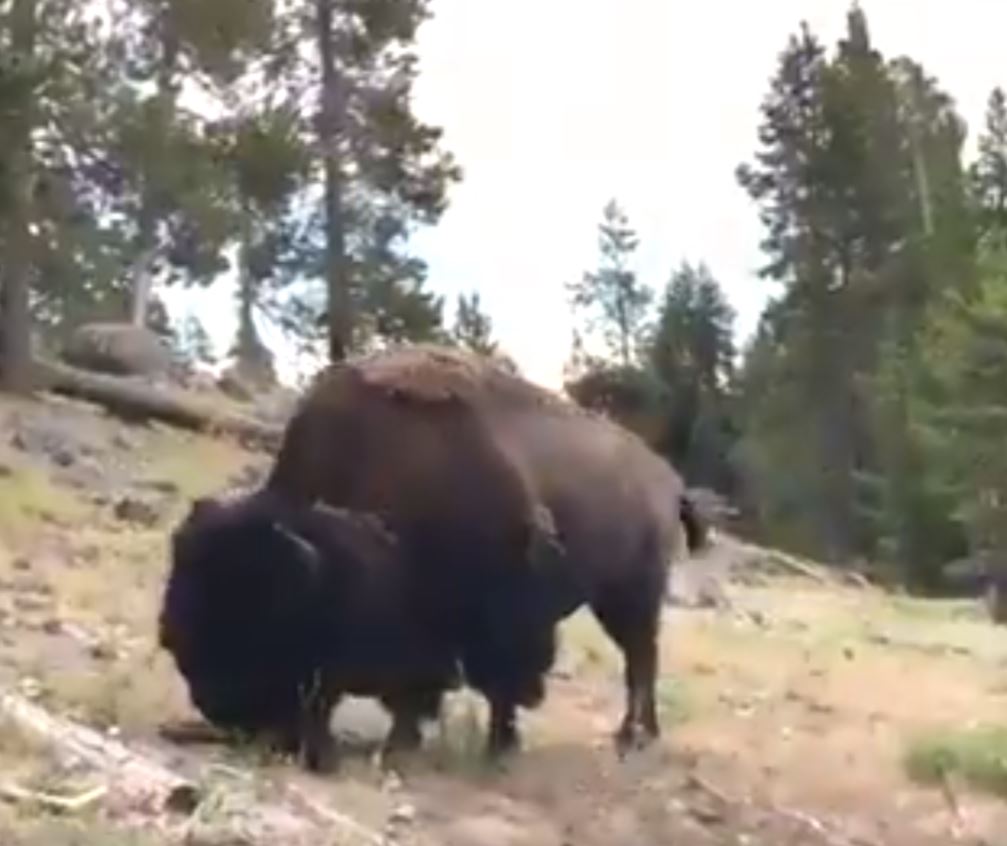 Obviously, people always wanna get close to the wildlife. And, despite warnings, they do.

Enter Mr Bison. As far as we understand, he’s no relation to M, but he will s**t-mix you anyway. At first, this is one of those videos where you already know it’s a bit dodgy. The animal is up close. It seems harmless. It’s just a big furry cow, after all.

And then, something startling moves in the periphery of its vision. Mr Bison cracks a big ‘What the bloody hell was that?’ Having a look around, he decides he’s surrounded and he doesn’t like having all these people on his property. Naturally, he busts out a ‘Get off my porch!’

Unfortunately, Mr Bison turns out to be a bit of a dick. And so do the adults in the vid. Deadset, what are they thinking? They see the bison coming at them like the friggen Juggernaut, but they don’t give any consideration to the little kid – a 9-year-old girl.

Yeah, nah, they’re just like, ‘You’re on your own, Darling! We’ll breed again and hang a photo on the mantelpiece!’ 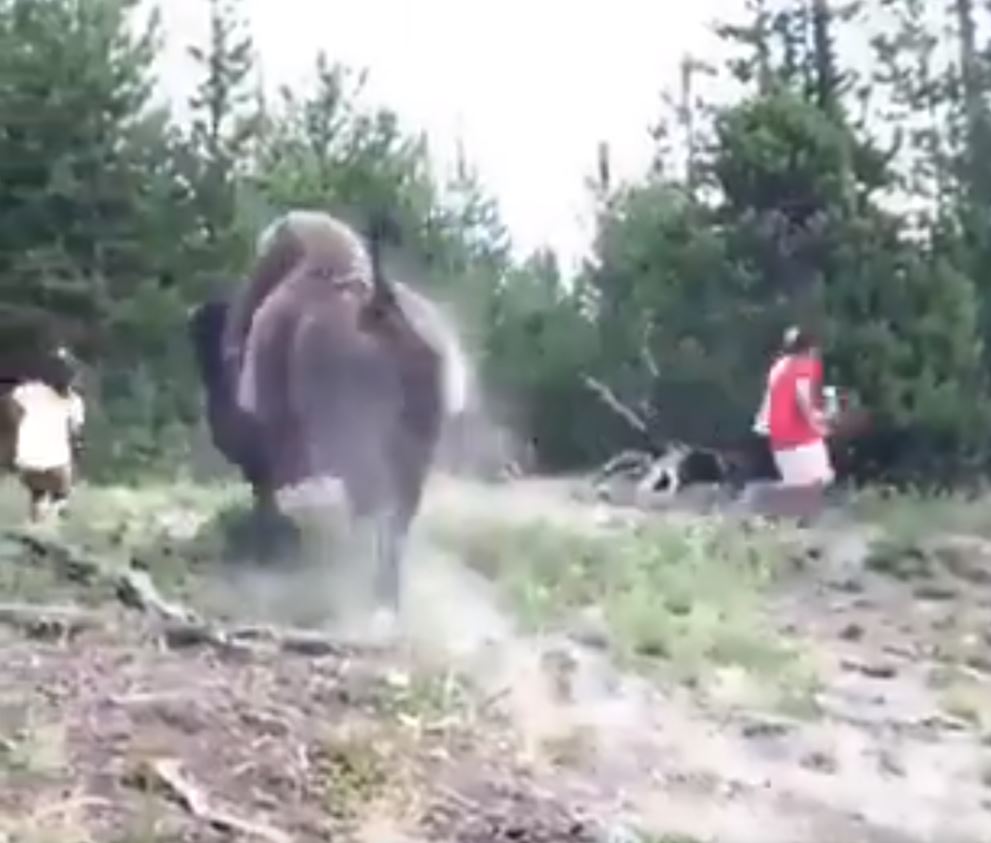 The kid tries to scramble away, but it’s to no avail. Mr Bison is like, ‘Look how much of a dick I am! I don’t give a monkey’s about your human concepts of morality and going too far. Take that, kid!’

The kid seems to be able to take advantage of the facts she’s running away and she’s light. Don’t get us wrong, she spirals like a dodgy paper aeroplane, but despite requiring a bit of medical attention from rangers at the park – and a quick trip to double-check everything’s still bonza, she’s actually all good.

Sure, she’ll have some bruises and she’ll be terrified of cattle for the rest of her life, but there are no serious physical injuries. We’re sure she’ll thank her parents for that in years to come. 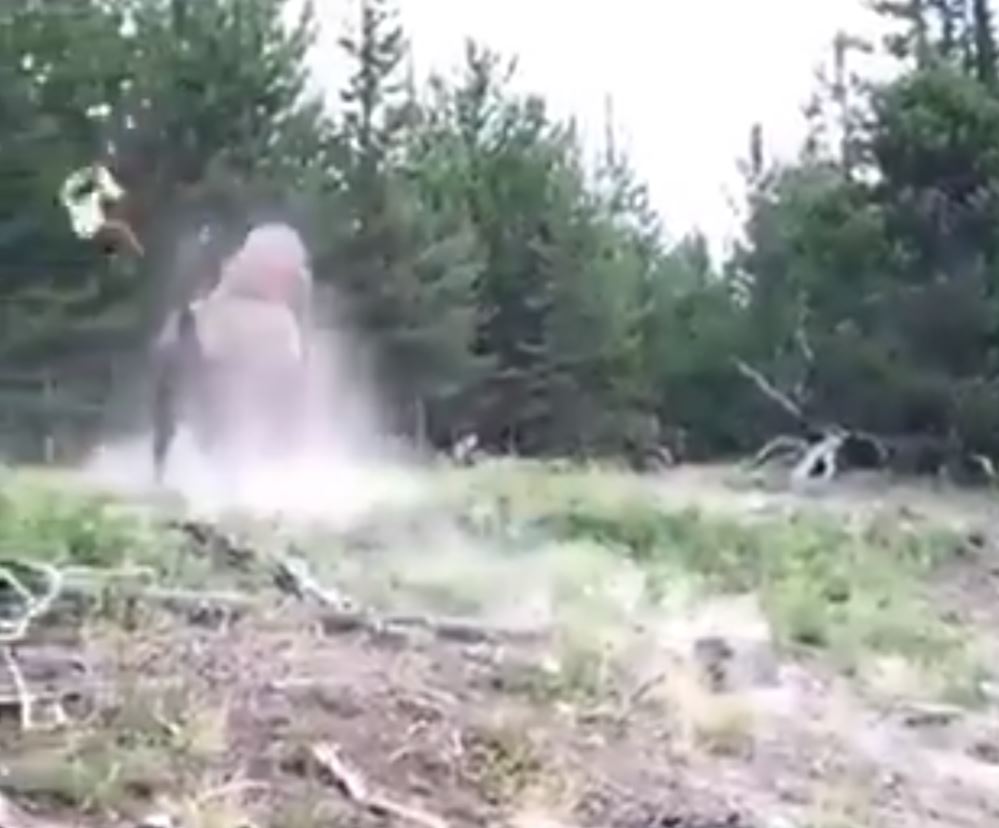 Final thought: This is a tough one to crack too many jokes about. The potential for real harm was there, but fortunately, it was somehow averted. We guess what it does go to show is that when you’re in a national park, surrounded by wild animals, you need to keep your distance and protect your bloody children. Seriously, Mum and Dad, you’ve had a shocker.