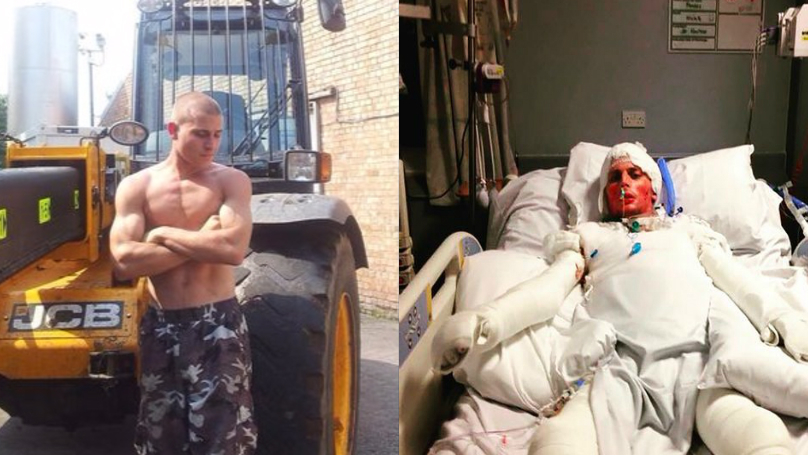 Everyone loves a feel good story.

And here on Ozzy Man Reviews we love giving you the kind of story that makes you sit up, say “f*** yes, what a champion, someone buy that bloke a beer!”  And this story is all about them feels…

One fateful day in Cheshire, this top top bloke was getting a bit of a backyard bonfire ready when he looked over at a drum of oil and thought, ‘that’s the ticket. That’s going to get my fire raging like it’s 1999 and the motherf***ng roof is on fire!’ 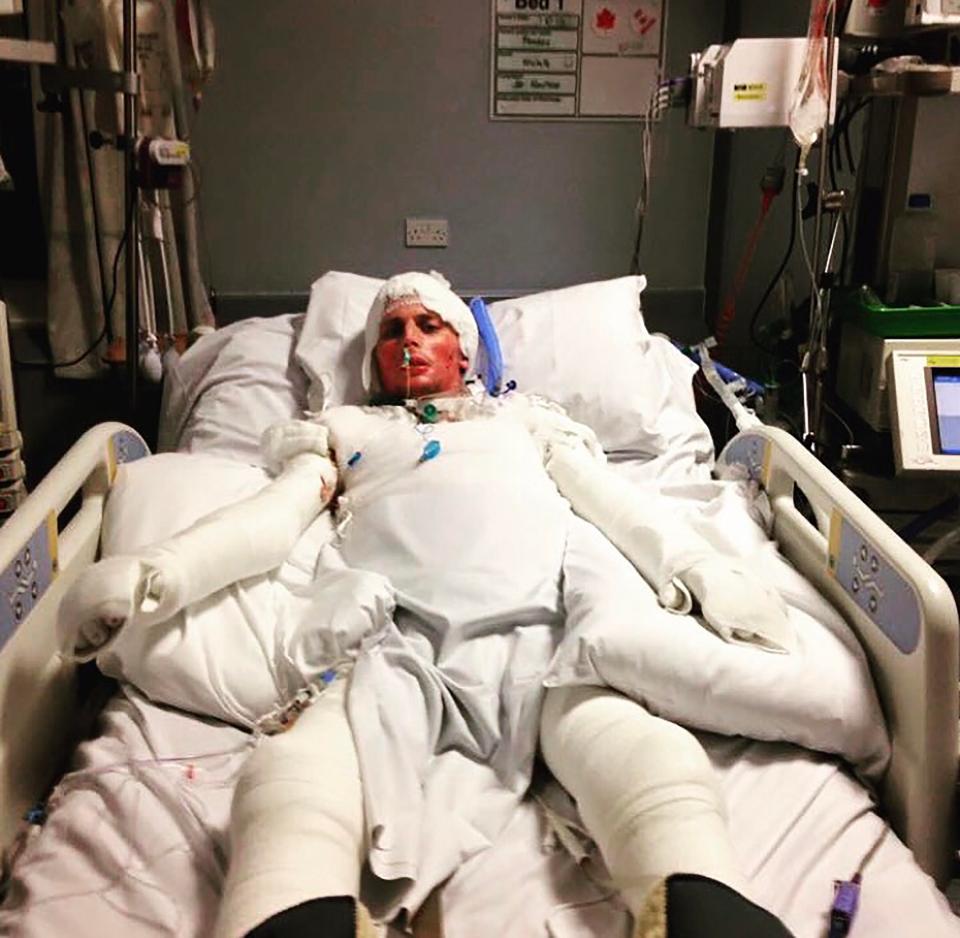 80% of Freddie’s skin was burned by the fire (Credit: The Sun)

Unfortunately, some total dipsh*t had put petrol in it and when Freddie got near the fire, the unthinkable happened. F***ing whoosh! Freddie’s on fire, his mum’s screaming, his skin’s melting and at the one time of his life he was literally on fire, he was cooler than a bloody Antarctic winter.

“Mum,” he says. “Grab the rug and put me out.” How’s that for calm under pressure?  Wait for this then: a few minutes later, he’s waiting for the ambulance, skin hanging off, while he smokes a f***ing dart. Why do I have the feeling he lit it with his own flames? And now you see why his mates call him Crispy (Credit: LADbible)

So where’s the feel good bit? I hear you ask. Well, a short time later, after almost dying during one of the thirty operations he’s had to endure, he’s come out the other side with the nickname ‘Crispy’ and he wears a Freddy Krueger mask to parties.

The way he tells it, he’ll be rocking the mask, sans bloody shirt, dudes’ll be crying because he’s so inspirational, chicks who dig scars will undoubtedly be feeling a little weak at the knees and he’ll be like, ‘yeah, nah, it’s no biggie. My name’s Crispy and humour will save your bloody life.’ Pass the aloe vera…(Credit: The Mirror)

Nowadays, he’s training to become a HGV driver despite having a finger removed and losing most of the muscles in his hand! Freddie ‘Crispy’ Beeson. You sir, are a top top bloke, a f***ing legend, and someone should buy you a beer!

All right, hands up if you’ve got a dad who just loves to embarrass the living sh** out of you? It just seems like something changes in men once they become fathers. Apart from getting their dad-joke certification, th...

Steve Bloody Irwin. It goes without saying the man is a true legend here in Oz. He’s remembered as a good-natured larrikin, a warrior for conservation, and an all-round top bloke. I actually know a bloke who fo...

In this corner, weighing in at two-hundred and fifty one pounds, we have John Cena, undisputed king of the WWE. In the opposite corner, for a very special two vs one contest, we have your heart strings and your tear d...