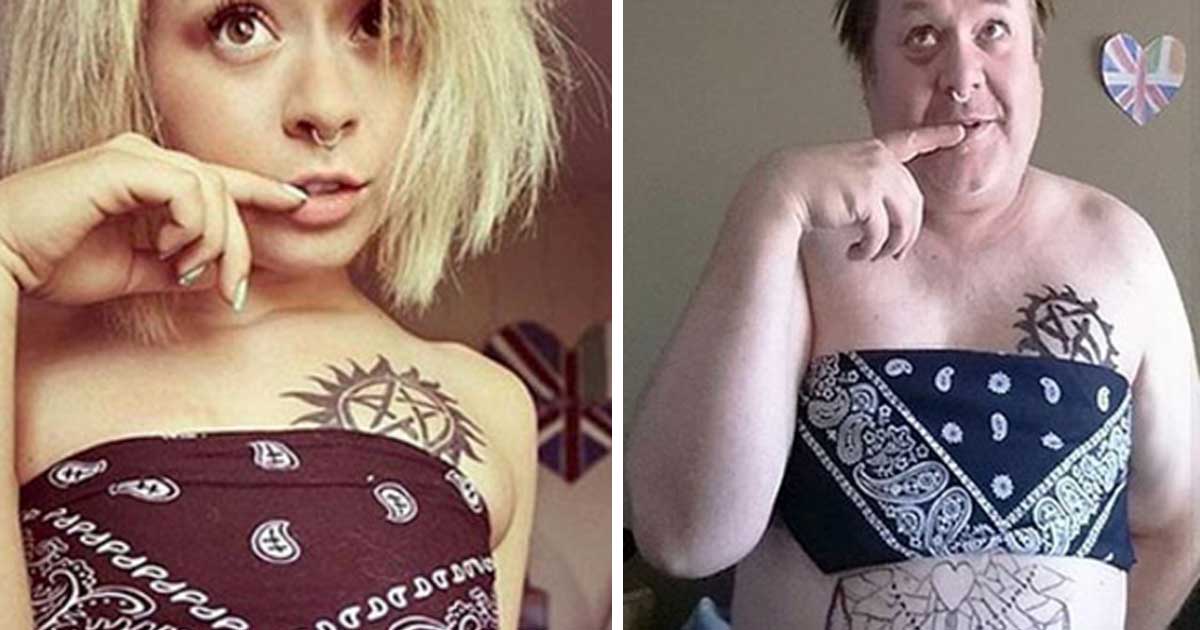 All right, hands up if you’ve got a dad who just loves to embarrass the living sh** out of you? It just seems like something changes in men once they become fathers. Apart from getting their dad-joke certification, they also develop a deep-seated ability to take the p*** out of their kids. 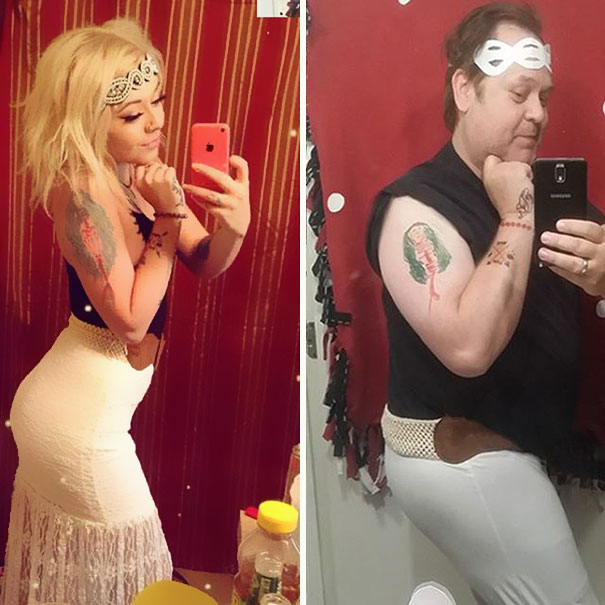 I wonder what Mum makes of this… (Credit: Chris Burr Martin/Notable Life)

But no matter how funny or embarrassing your old man thinks he is, he’s not a patch on Chris Burr Martin from Washington. With his dad humour and his dad bod, this cheeky b*****d has been imitating his daughter Cassie’s sexy selfies on Twitter with bloody hilarious results.

He takes random objects from around the house, draws on dodgy tattoos with a marker pen and even does a little work on the scenery to make sure his selfies are as spot-on as they can be.

Best of all, since he’s been parodying her, he’s picked up followers faster than a bin-chicken picks up fleas. He’s got twice as many followers as she does – talk about bragging rights at the dinner table! 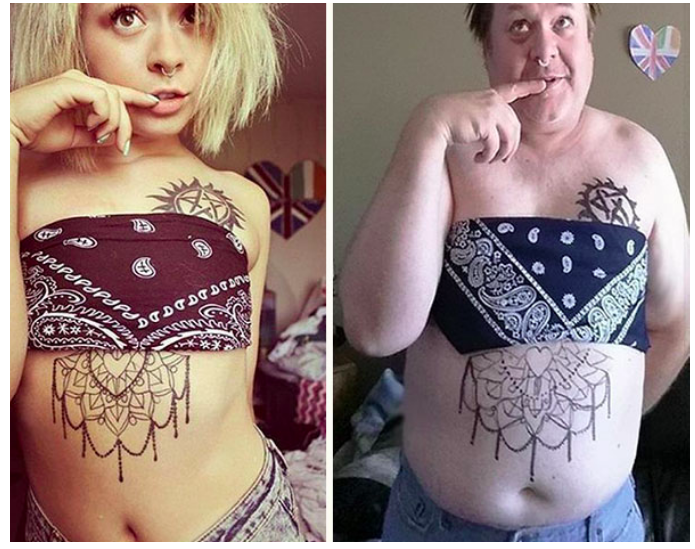 Is this what she’ll look like in 30 years? (Credit: Chris Burr Martin/Notable Life)

So how did he come up with such a bonza idea? Well, People magazine reported that when he noticed male friends leaving racy comments on her posts he figured, like any super dad would, that he had to do something about it. Thankfully, he didn’t let his fists do the talking – he levelled up his dad humour and fired up selfie mode.

“I thought, ‘Wow, that should be toned down […] But rather than throw water on the fire, I decided, ‘Okay, I’ll dress up like she did with stuff from around the house and post my own photo’.” 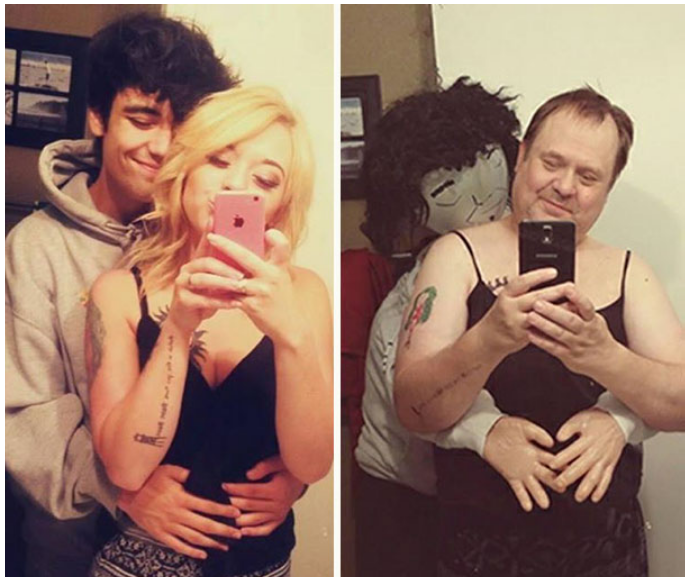 In true dad fashion, he’s got no inhibitions about making himself seem like a bit of a tit and that means the results are top notch. Have a look at some of the poses – and the lengths he goes – to recreate Cassie’s selfies.

Latest reports reveal he’s even had his belly button pierced to level up once again and add even more detail to his own selfies.

Good on ya, Chris. Your dad game is spot on!