Now that December’s well and truly here and everyone should have their Christmas tree up, we’re gonna give you a squiz at the tree we reckon might just be the king of them all. We give you, Tree-f**ken-zilla! Have a bloody squiz at this bewdy!

Rightio, you’re probably aware that Christmas trees come in a variety of shapes and sizes, but, it’s probably fair to say that they tend to adhere to a standard sort of design. Well, one bloke who doesn’t give a s**t about that is Kiwi fella, Steven Newland. 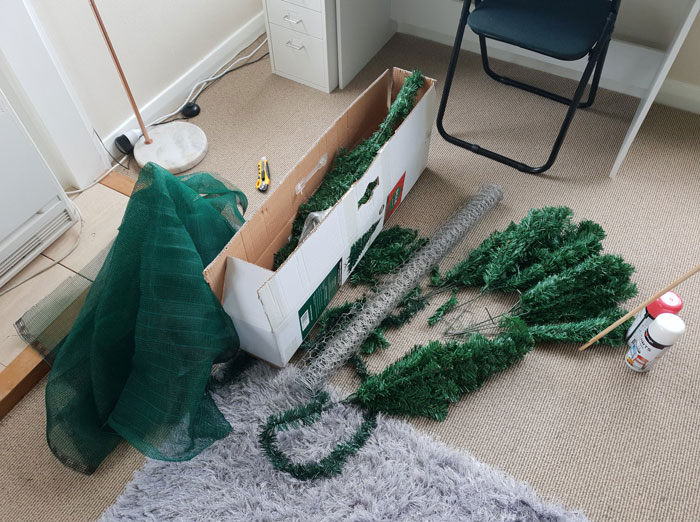 Newland’s a bit of an old hat at making awesome as f**k Christmas trees with PacMan and Portal jobs having gone viral in the past, but the Godzilla –themed tree he just sold, partially for charity, might just take the f**ken biscuit.

It’s nearly 2 metres tall, made from household objects and breathes bloody smoke. Apparently, he got the idea when his young nephew inspired him with his love of dinosaurs. From there, Bob’s your bloody uncle and he pimped it into Treezilla! 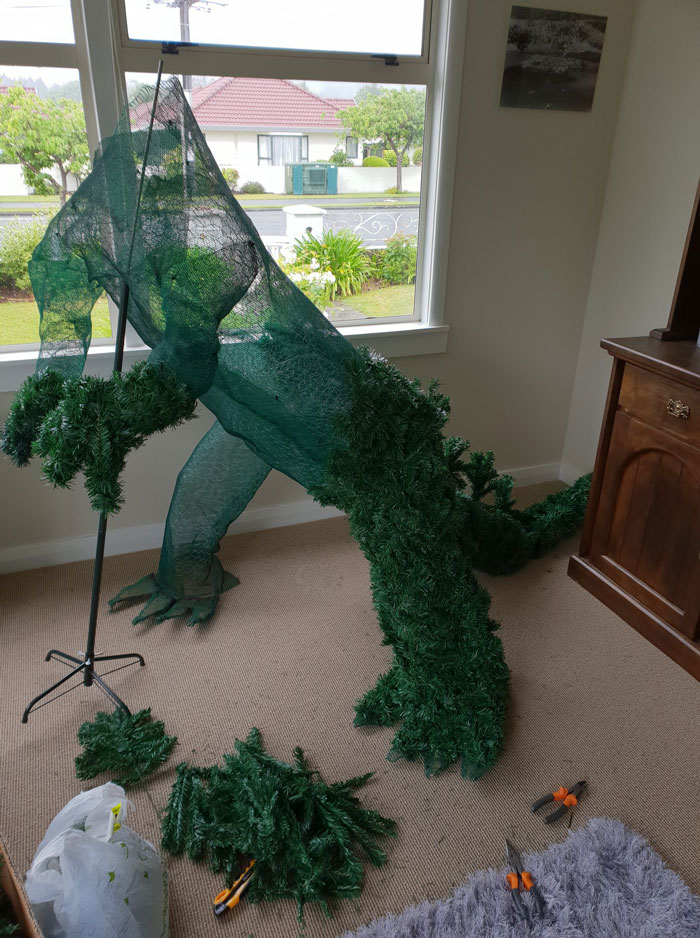 “I got the idea from my 4-year-old nephew who loves dinosaurs. I thought I could do a dinosaur tree, but why stop there? If it could also breath smoke, it would make it amazing!” 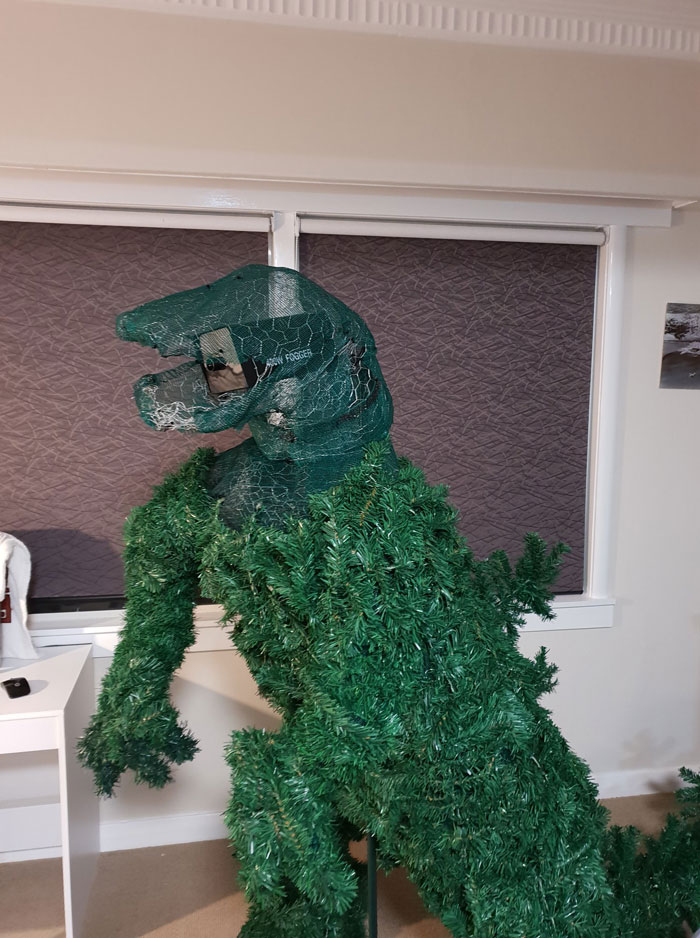 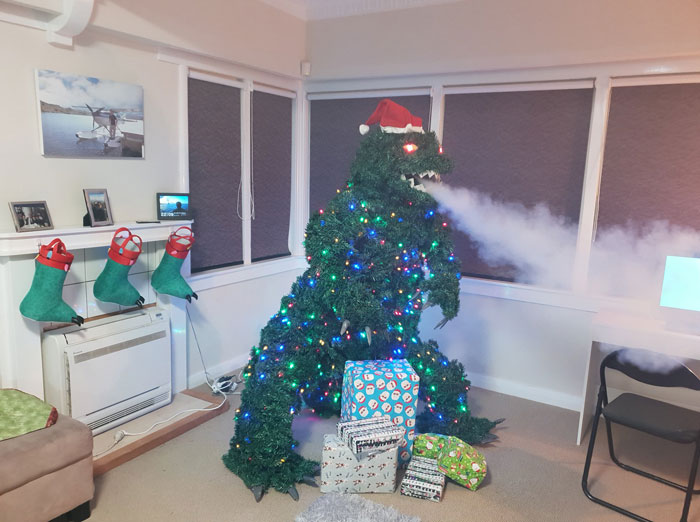 Best of all, once he was done with it and had put it in storage, he realised the product could bring a little good to the world. He whacked it up on TradeMe and sold it for $425 Kiwi dollars. Once he’d covered his costs, he gave the rest to charity. What a bloody champion. 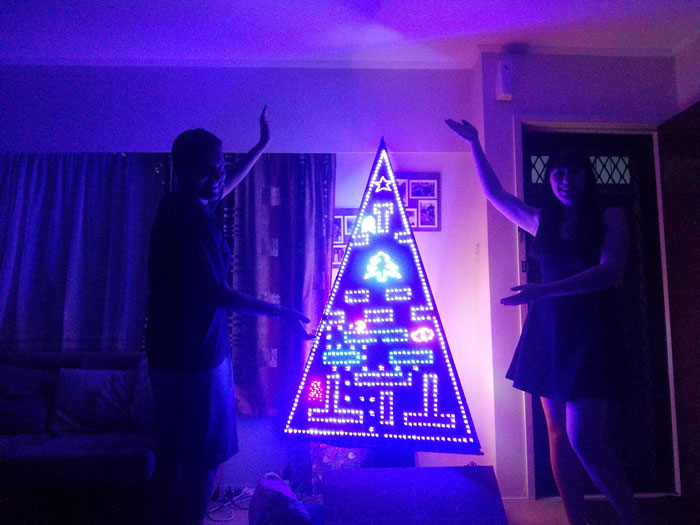 When asked how the product compares to his older Christmas trees, he says, “My favourite project was the PacMan tree. Mainly because of the logistics of building it and working through the maze of all the lights. I can’t remember how many, but it was in the hundreds.”

As for this year’s tree, he’s keeping his plans to himself. “This year’s tree is still under wraps (excuse the pun). I can tell you that it involves 5 meters of chain, a beer crate, and I had to buy a ceiling fan…” 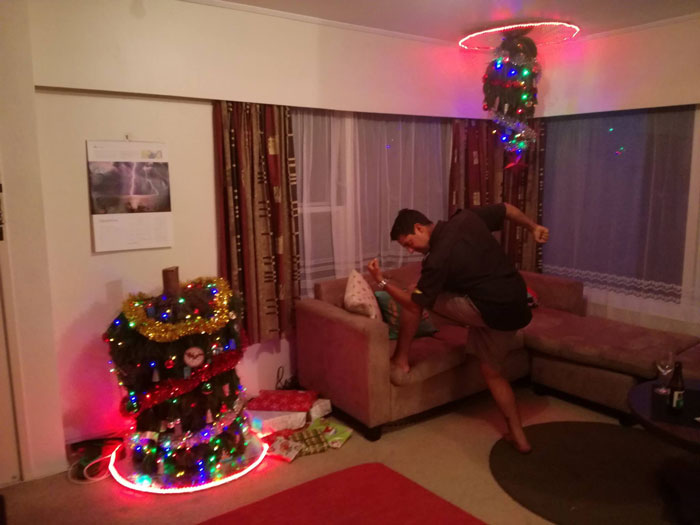 His Portal one. Credit: Steven Newland

We can’t bloody wait to see it.

Final thought: You’ve gotta bloody love it when a clever bugger goes above and beyond the call of duty to take something traditional and turn it into a modern masterpiece. This top bloke award is all Steve’s. As for you lot, let us know what you’ve done with your Christmas trees in the past. Post pics in the comments section if you’ve got ‘em.