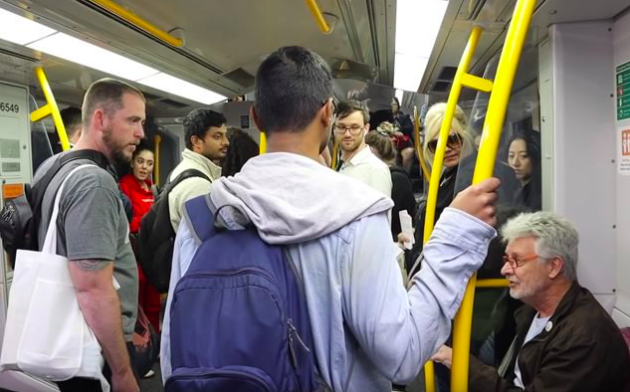 U.S anti-abortion preacher gets shut down by Aussie bloke on busy train carriage

There are a couple of unspoken rules for riding public transport. Most people understand them without being told specifically because they have f**cken common sense. Things like wearin’ headphones if ya listen to music… Keepin’ ya voice down a bit if ya chewin’ the fat with ya mates. And not piggin’ out on some tuna and squid curry in the middle of bloody peak hour.

Seems a U.S based Preacher named Phillip Blair has a differing bloody view on common sense as he loudly interrupts everyone’s serenity on a quiet train in Sydney recently. 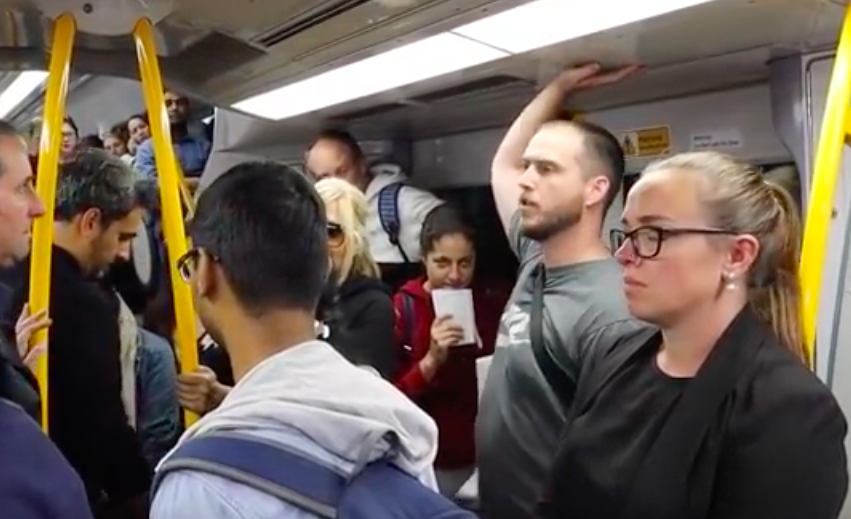 And what was the subject of Phil’s unsolicited sermon you might ask?

The agenda he’s pushin’ is as subtle as a hard-on in a grass skirt and it’s nothin’ new of course.

But one legend wasn’t about to sit by and have his ears violated by this log flogger. You can imagine him sayin’ FFS. I been at work all day listening to the boss, and now I gotta listen to your s**t too…? Not today Satan, NOT f**cken TODAY! 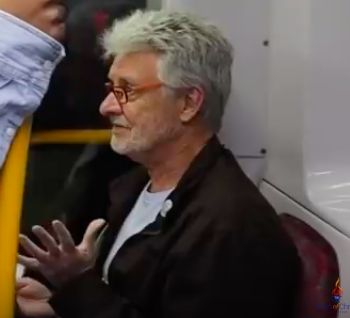 This Sydney bloke is serving up an old fashion education in manners, Silver Fox style.

He starts off calmly enough, asking the bloke to please shut up and requesting he keep his opinions to himself. 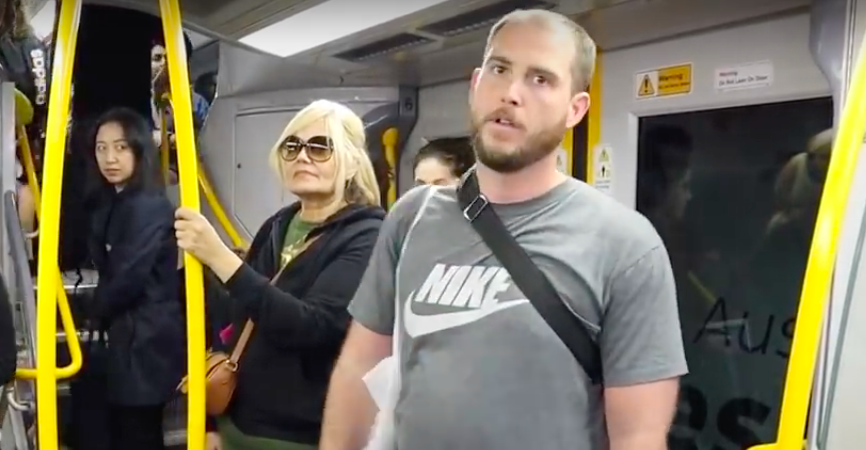 But Phil’s on a mission to get his message of love and spirituality across. Part of which is about the exploitation of children and the unborn.

Pretty rich coming from a bloke wearing a Nike T-Shirt… Weren’t they in strife for using child labour in sweatshops back in the 90’s?

What makes this clip even more astounding than it’s B.S content, is that Preacher Phil was the one that actually posted it to YouTube on his channel Torch of Christ Ministries. He’d like the video shared to let the world know:

Hearts in Australia have become hardened in a way I’ve never seen. My soul was very grieved by what happened on this train.

I reckon the majority of Ozzy’s have got big hearts mate; it’s just that we don’t take too kindly to have opinions stuffed in our asses like a Sunday roast chook. 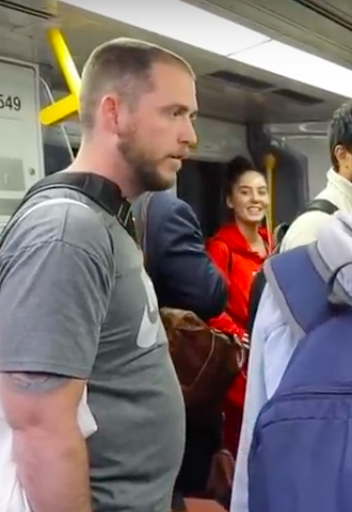 He seems bloody convinced that the Sydney will buy what he’s selling if they’d just give him a chance!

But Silver Fox has got the support of some of the other train goers that’s for sure, and he ends up f**kin’ owning old mate with a couple of epic ‘mic-drop’ moments that you gotta see in the clip below.

I’m all for freedom of speech, but I reckon timing, and choosing ya audience is pretty important too; and amongst these Sydney-siders, Preacher Phil is about as popular as a rattlesnake in a lucky dip. But he certainly proves that you don’t need a long neck to be bloody goose.