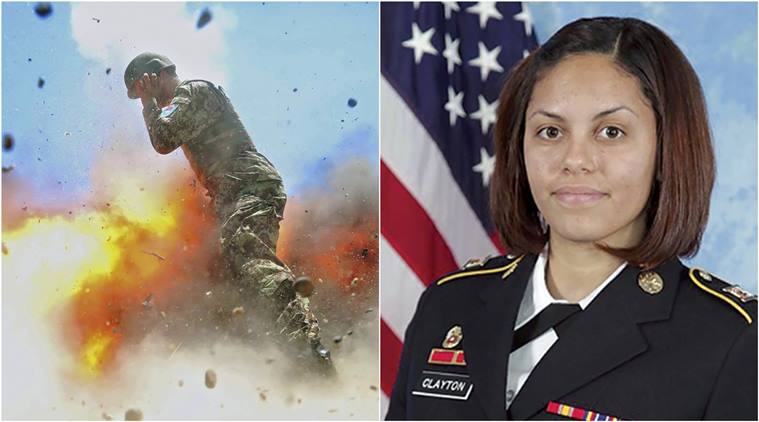 There are many different dangers when at war, and you never know what is going to happen next. Everyone knows the risks, and tragic things occur frequently when on or getting ready for the front line.

It’s not just the troops that are in danger either. Journalists and photographers are also deployed with the troops, and are therefore affected likewise. Afghan troops in the Laghman province were engaged in a live-fire training exercise with American forces, when this horrific accident happened. Hilda Clayton, a 22 year old photojournalist, was training an Afghan photojournalist in Qaraghahi in 2013, when a mortar bomb was mistakenly exploded right in front of her and three other local soldiers. She took a photo a split second after the bomb exploded. You can feel the force of the blast through the lens, and the sheer impact of the bomb. Clayton was serving as a visual information specialist (also known as a Combat Camera) in the 55th Signal Company. The images she took were published in an edition of the Military Review journal.

In the article it says, “The story was not in the fighting but in the partnership that was necessary between US and Afghan forces to stabilise the Afghan nation. Not only did Clayton help document activities aimed at shaping and strengthening the partnership but she also shared in the risk by participating in the effort.” The price of such a good photo is definitely not worth its cost. Having said that, it is an incredible photo that highlights the risks and sacrifices that troops not just in the US, but worldwide are making each and every day.

Check out the photo here: