When you sit around with your mates and talk about the various ways you can get f**ked on in a hardcore animal-attack, there are a few standards you can call on. Despite that, we’ll bet you’ve never considered something as bats**t crazy as what this Indonesian kid suffered when he was impaled by a flying needlefish. Yeah, nah, bears, sharks, lions and f**ken geese are all pretty regular candidates for an animal-attack, but this poor kid was literally speared through the neck – and into the head – by a bloody fish!

We’ll kick this one off with a look at the bloody needlefish. These pricks are f**ken mental. So, just in case their name isn’t a giveaway, their bloody snout is long and sharp. Unfortunately, their mums don’t teach them to be careful with that s**t. Nah, they f**ken race around, jumping out of the water at speeds of 60 kmph. 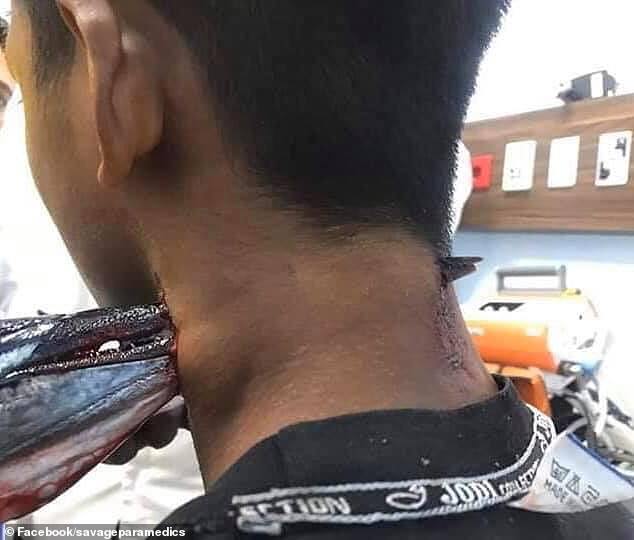 Obviously, that leads to accidents like young Muhammad Idul’s. This poor little bugger was fishing with his olds in waters off the Southern Sulawesi coastline when the f**ken fish did its best impression of a spear, and collected him right through the neck.

Deadset, one minute, he was a normal kid without a fish in his neck. The next, he had a f**ken fish embedded in his throat. Just have a look at the photos. Here’s the thing, though, Muhammad is one of the lucky ones. These pricks have finished people before. 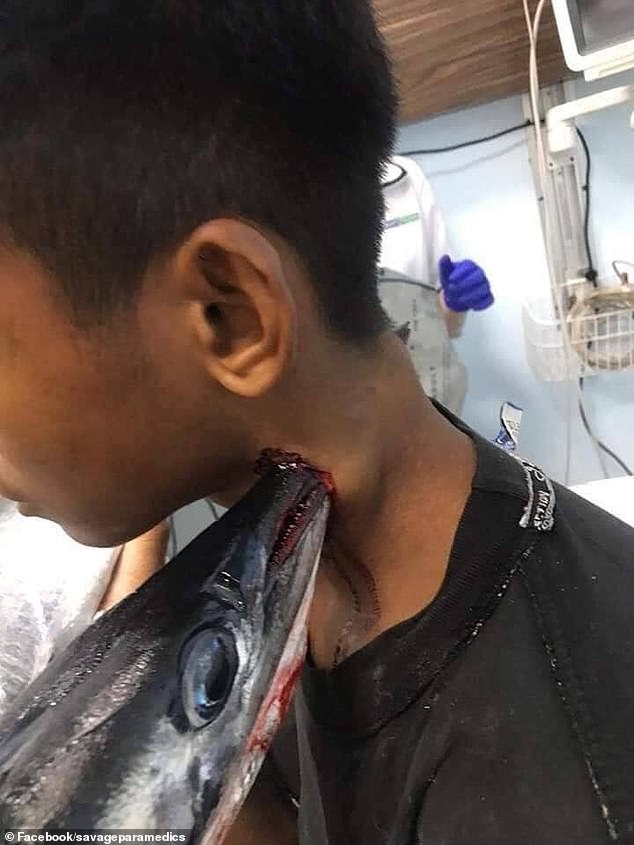 And, honestly, that’s a pretty f**ked way to go. Imagine meeting the other angels. They’d be like, ‘so how’d you go?’ and you’d be like, ‘f**ken freak fishing accident. Needlefish made like Vlad and impaled me while I was minding my own business.’ Bugger that!

Anyway, while Muhammad’s still in hospital to make sure there’s no infection, doctors got the bloody thing out after leaving him hanging for two bloody days.

Professor Dr Syafri K. Arif said, “To remove the fish snout, one must be very careful because there is a large vessel in the neck.” No s**t. 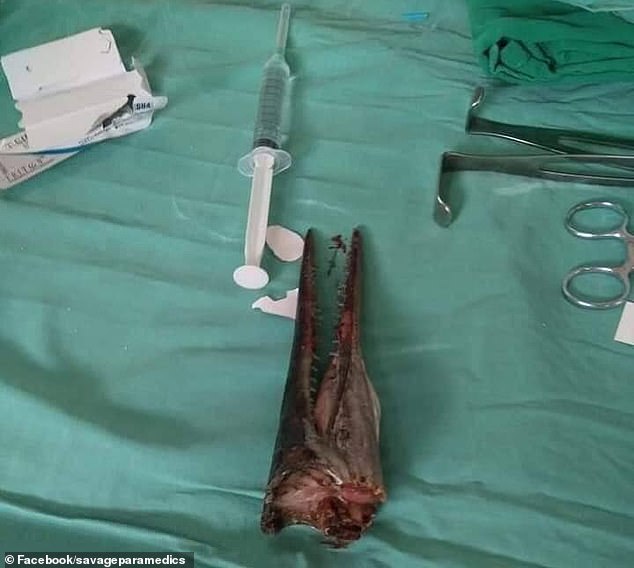 One of the hospital’s general directors said, “The child is relatively stable, but at present, the patient is still feverish. We will wait for the fever to subside. Hopefully the fever won’t rise.’

Final thought: Seriously, this just highlights one of the inherent problems with freak accidents. They never get the pricks who deserve it. It’s always some kid, or some real nice bloke. Just once, we’d like to see some absolute f**kknuckle cop a flying needlefish to the face.