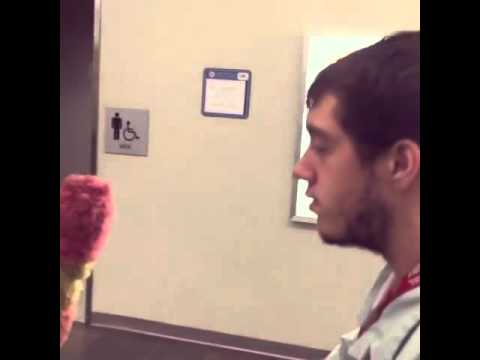 50 Cent Makes Fun Of A Bloke Working A Job

You really know how to be a cunt to the little people ey 50 Cent?

It looks like Mr Half Dollar has deleted this video from his Instagram, but it’s being uploaded to YouTube. We’ll now wait and see how the wanker manages to get it copyright claimed and blocked or some shit.

Let me know if it goes down. We’ll find another link to put up.

Basically, 50 Cent looks like he has time to kill at the airport so starts shoving a camera in the face of a janitor.

He makes assumptions that the janitor is high. In fact, he makes stereotypical assumptions about all young people in general.

The video is below:

Another person has since messaged 50 Cent on Instagram saying they went to school with the janitor.

His name is Andrew and he suffers from “extreme social disabilities”… Apparently. Of course, I’m not one to believe everything someone says on the web, but regardless of whether that’s a fictitious statement or not…this was bloody rude.

The janitor fella definitely didn’t want a camera in his face. Losing your job via social media is a thing that happens a bit these days, so he simply wanted to keep his head down and work. 50 Cent wanted engagement, LOLs and likes.

@50cent I went to school with him. His name is Andrew Farrell. He has extreme social disabilities just to let you know. He has a hard enough time getting through life without jackasses like you making fun of him. I hope you feel good about yourself. You just lost a huge fan. @drewfarrell75

I guess 50 Cent is so arrogant as to not give a shit.

On behalf of young folk share housing, studying, and working…

You are hands down the winner of a Fuck-Knuckle Award this week.

P.S This YouTube comment is gold: “So crazy that they aren’t running around in gangs and getting shot at 9 times, instead they are working jobs. SOO CRAZY.”