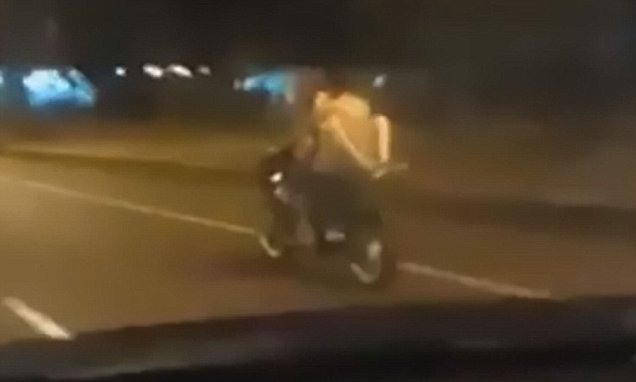 Couple Caught Having Sex On The Back Of A Moving Motorbike

As a young lad I would walk out of the movie theaters with a sense of wonder and amazement. I wanted to be just like the star of every hit film I managed to sneak into the theaters for, and while the desire would quickly wane over time eventually the acting out part was left to the imagination, because I became a responsible adult.

Which is why I could never in my life imagine why anyone would actually follow through with an insane stunt like what this couple does in the video below. 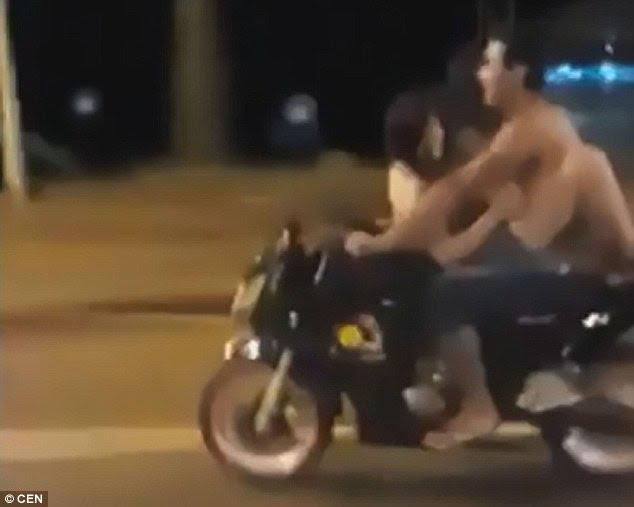 I’m presuming they just got done with a nice dinner-date together; maybe had a nice homemade meal where they sat, staring longingly into each other’s eyes. For the movie they selected Grease 2, as it combines their passion for love with the burning passion of motorcycles. The building passion eventually overtakes them… but wait, an idea! Instead of just regular sex, which we all know to be drab and tiresome, they decided to spice things up to a Gone in 60 Seconds level and bang it out on the highway – while still riding. Some people never let go of that childish side. 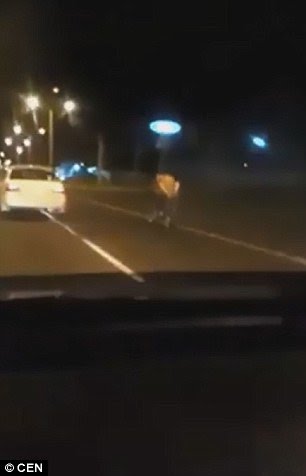 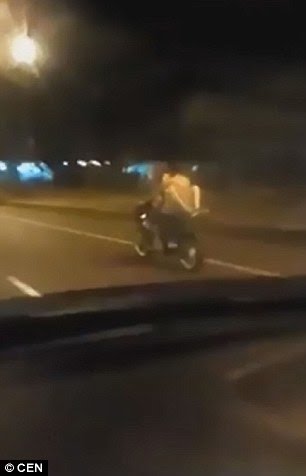 There’s one of two thoughts people tend to have after seeing something like that in real life: one is that they wish they could pull that off as well. Don’t worry, there’s no shame in it, it’s not the kind of thing you’d particularly see every day. Two is that there’s no way imaginable those two are safe. Just a single bump in the road could be enough to send them careening towards certain death, so I for one hope the nut was worth it. Let’s face it though, it probably was from the looks of it.

Fair warning, if you try this at home you’re more than likely going to wind up in the obituaries instead on reaching online fame, so you better make sure it’s worth it!