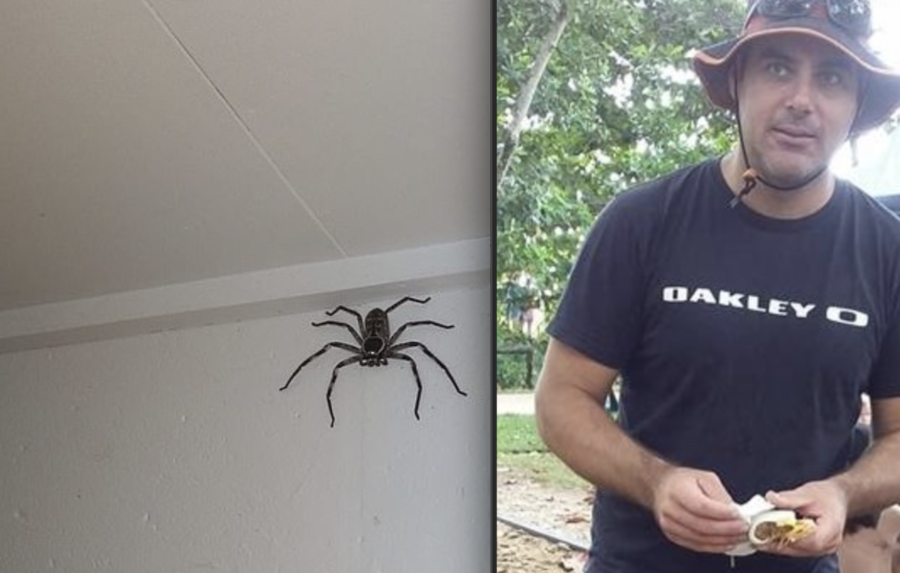 If you cast your minds back to about a month ago, you might remember the piece we had on here that showed the massive f**ken huntsman living in an Ozzy bloke’s loungeroom. At the time, Cairns local Jake Gray had just shared pics of the mighty spider to the Australian spider identification group on Facebook. At the time, people were shocked at the size of the bloody thing, but now, he’s spoken out to explain why he’s kept it around…

Whether you’re a local or not, you’re probably familiar with the idea that Straya is home to some truly f**ken lethal spiders. While this one’s not dangerous at all, people online had no idea and the sheer size of it had them declaring it the new owner of Jake’s house. 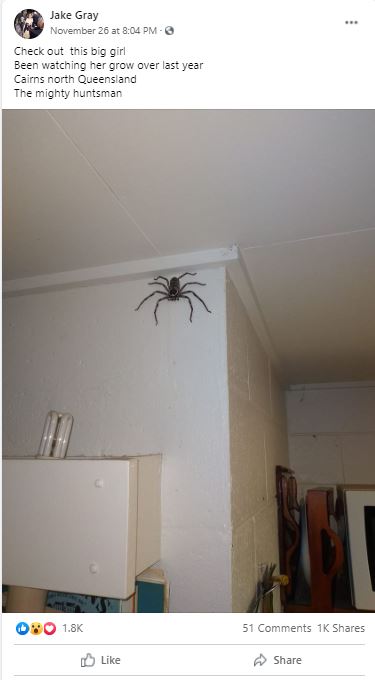 Now, though, he’s taken to Facebook to speak up in defence of the spider, which his family has affectionately named Charlotte. He even reckons his family all hope Charlotte will ‘grow some more.’

Since then, he’s told IFL Science that, “Huntsman spiders have always been tolerated in our home due to their appetite for cockroaches, and we don’t use toxic kill all chemicals for pests. Just point and push flysprays.”

This is an approach we can get behind. Some of those sprays are pretty f**ken hazardous to the native wildlife. Anyway, he went on to say, “We first spotted Charlotte 12 months ago and she was bigger than usual and over the year she would pop up.” 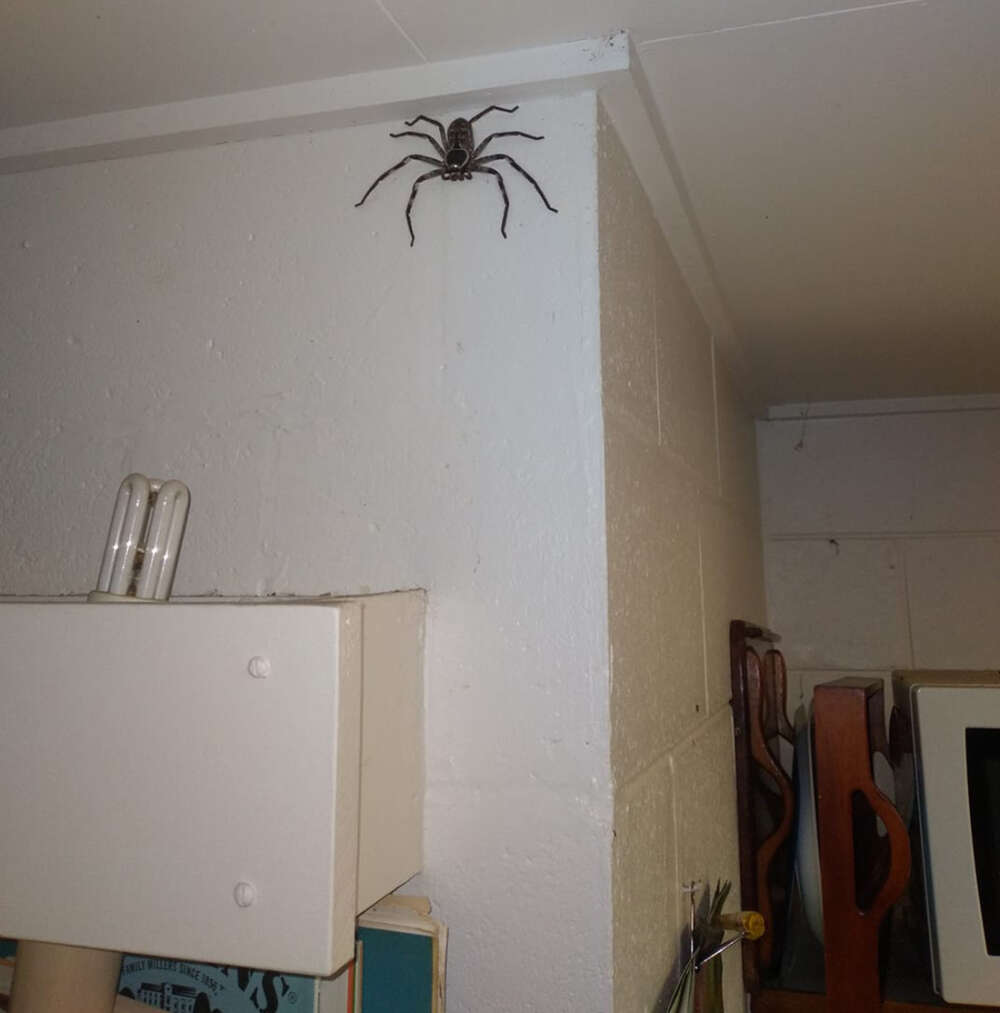 Jake reckons the best thing about having her around, though, is an easy choice. “Seeing her eating an Asian house gecko.”

Final thought: There you have it, when spiders aren’t misunderstood and maligned, they’re bloody great at keeping the pests away and making sure your house is clear of the actual gross creatures like cockroaches. F**k yes, Jake. F**k yes!