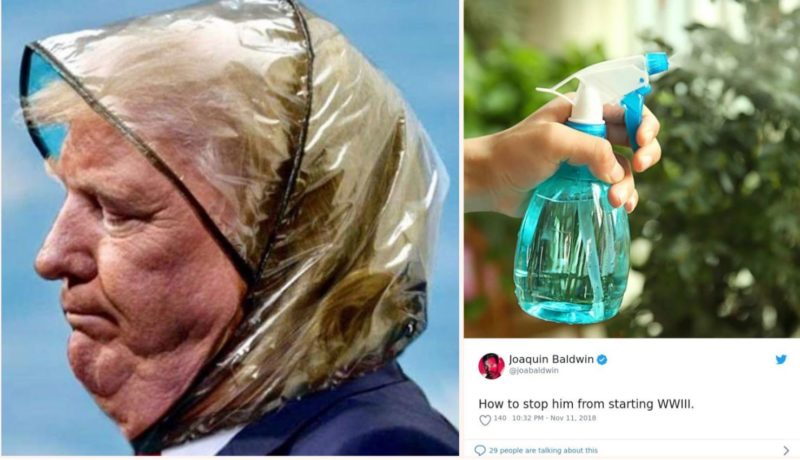 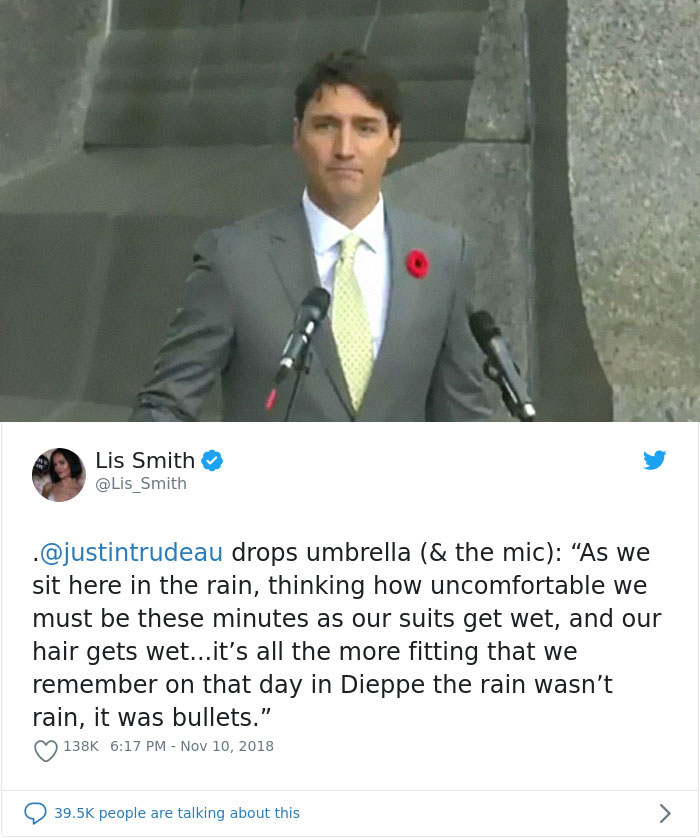 Let’s be honest, it’s understandable that people need to cancel things from time to time. Sometimes you have an emergency to take care of, sometimes your car breaks down, and sometimes, just sometimes, the weather is inclement. Apparently, for people who wear toupees, this can be quite the problem. 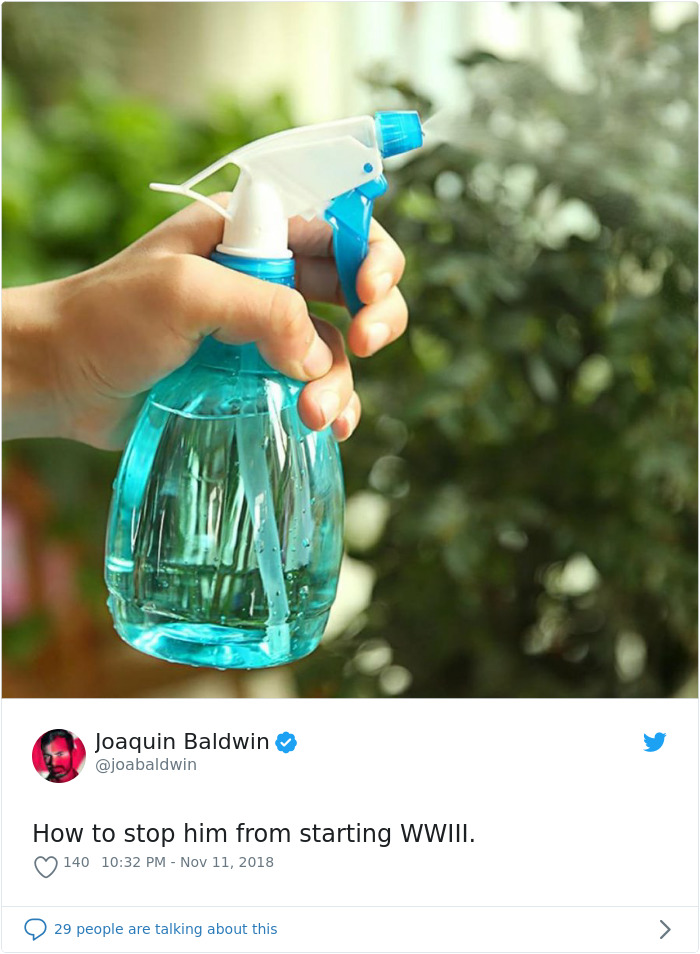 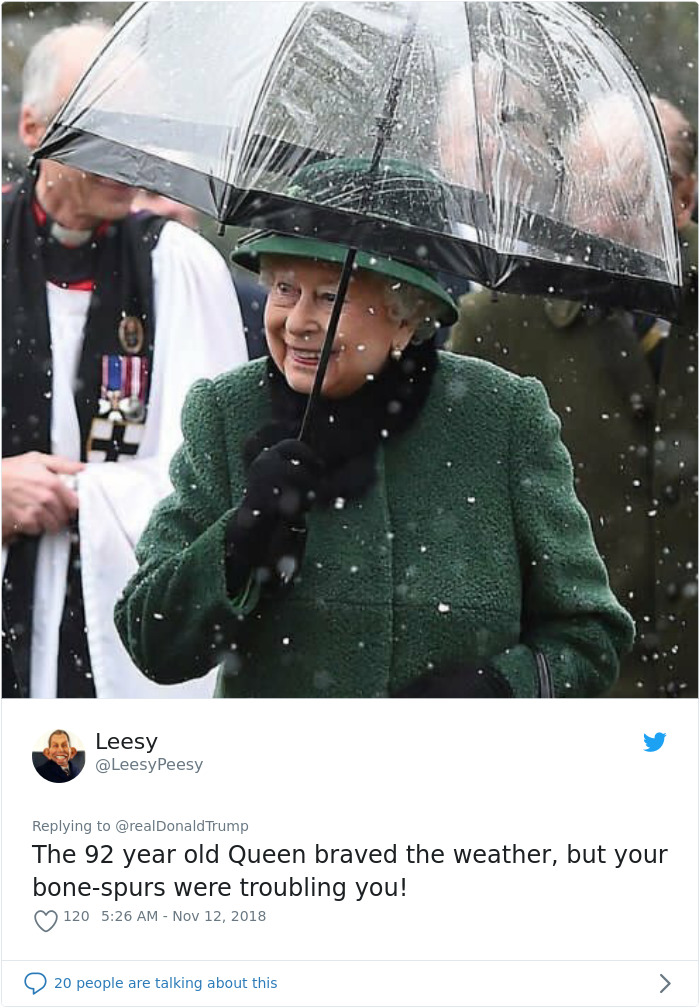 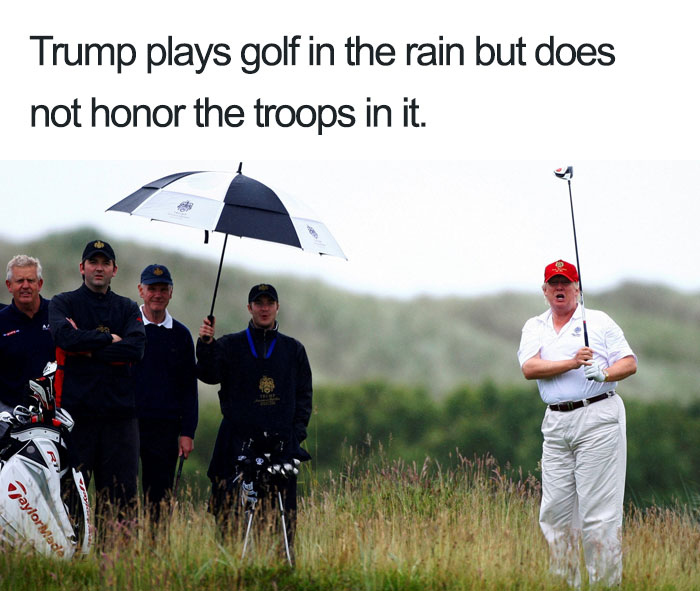 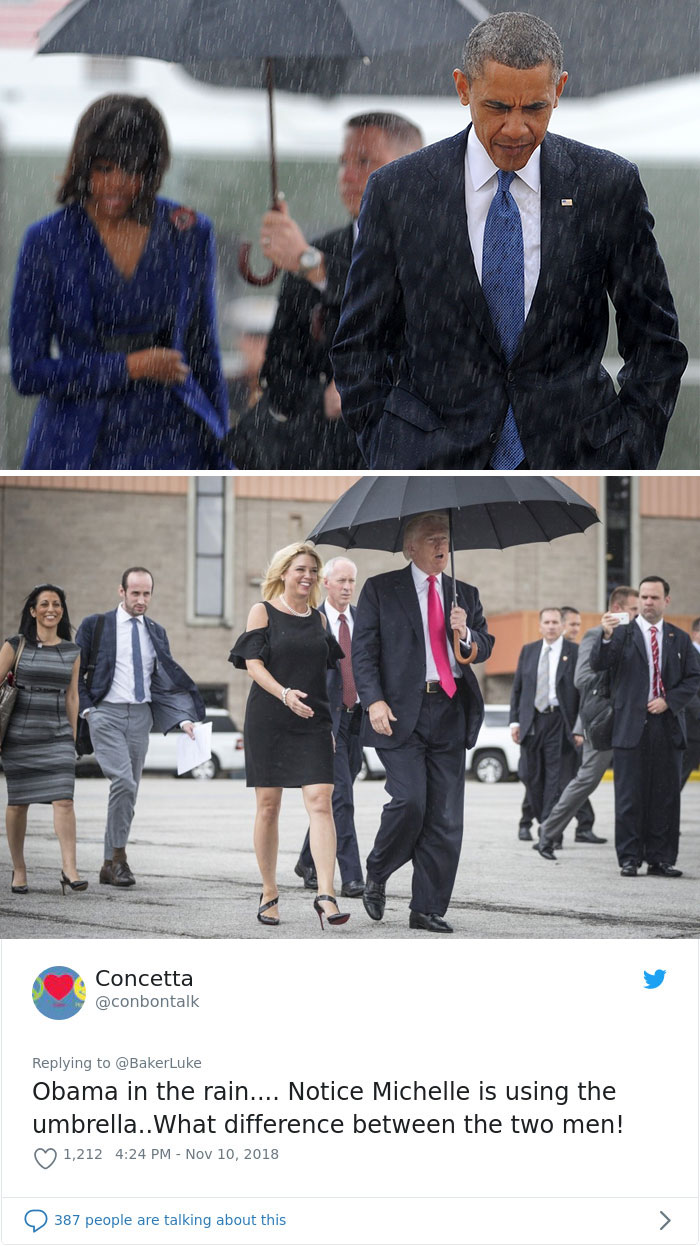 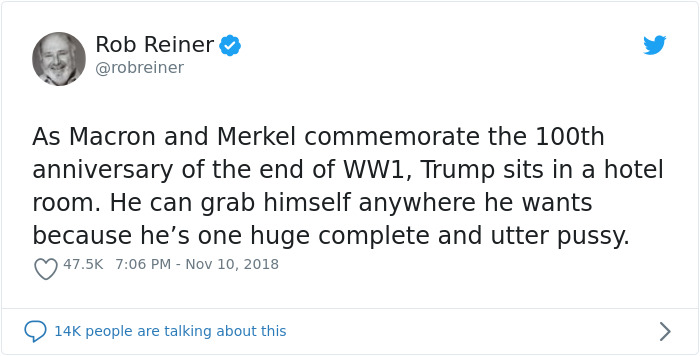 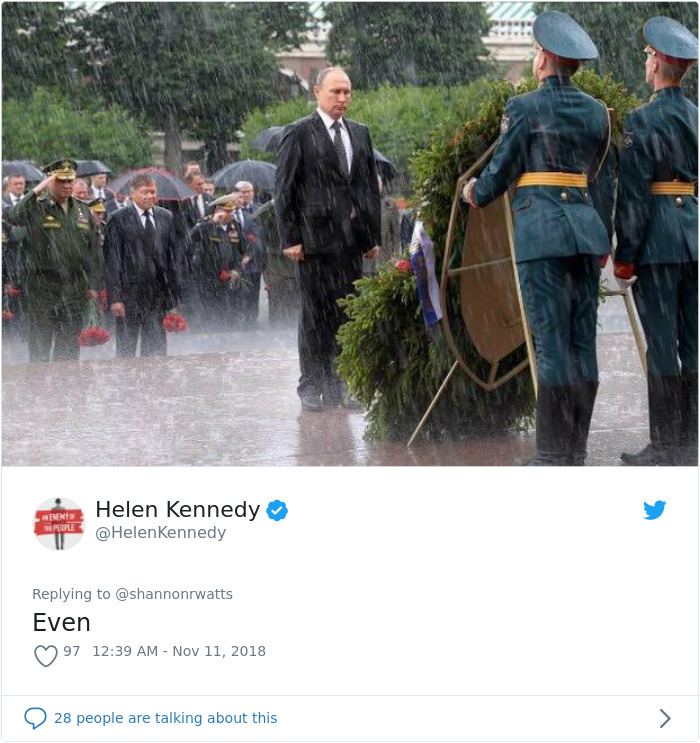 Of course, when the event you cancel was part of the Armistice Day commemorations where you’re supposed to pay respect to the soldiers who gave their lives in the mud and the slop and the trenches while it hailed bullets in freezing temperatures and even rained once or twice, people tend to think that’s a bit piss-weak. Let’s face it, no matter where you fall politically, it’s just sh*t. 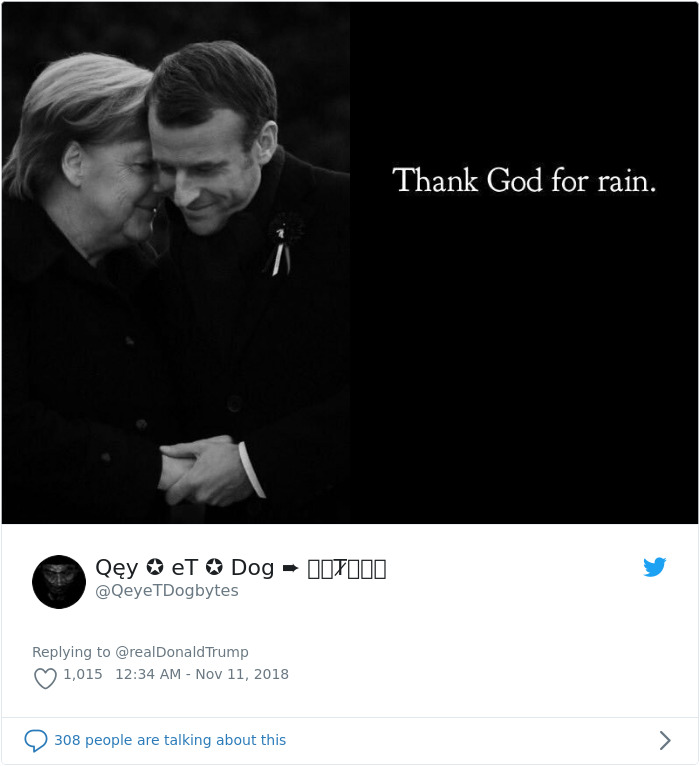 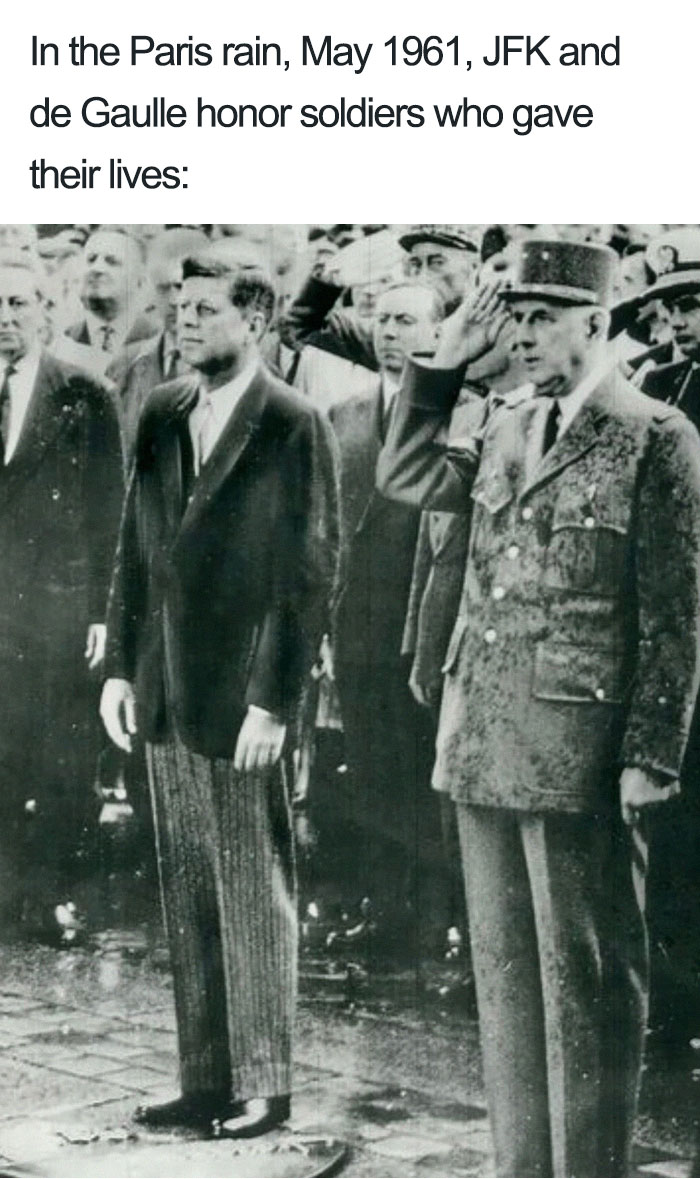 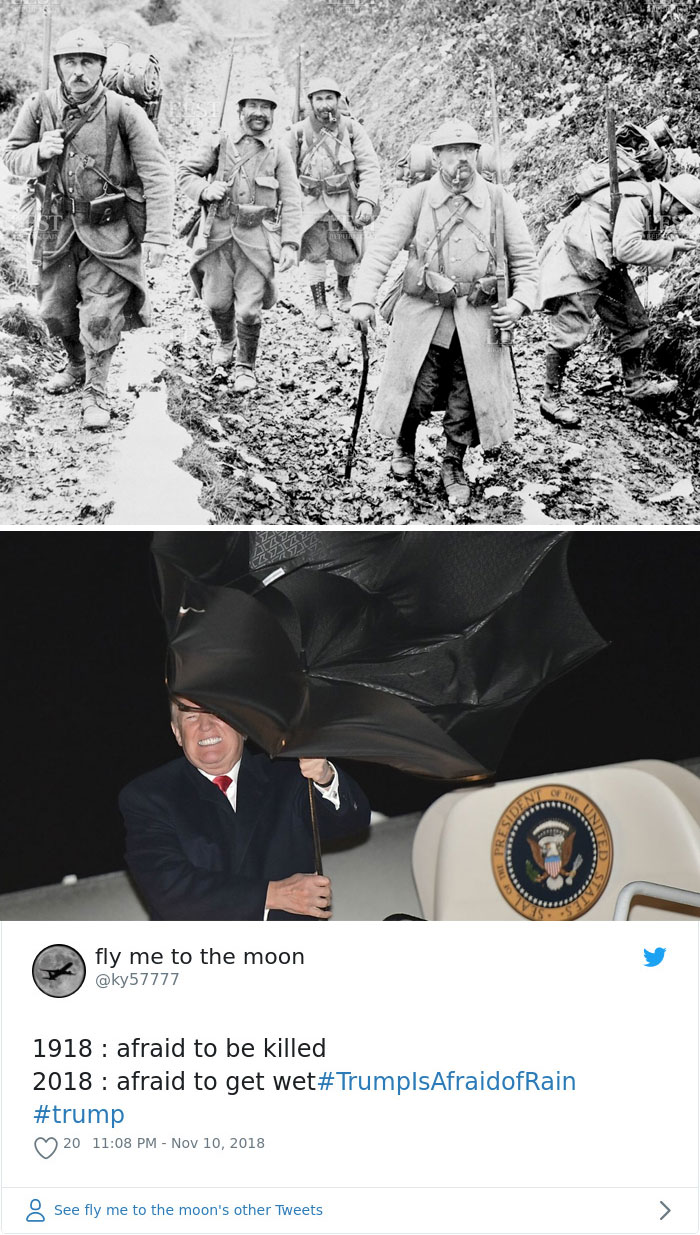 Naturally, Trump, who’s a meme-magnet at the best of times, found himself targeted for his ridiculous decision. Yeah, nah, it wasn’t enough that other world leaders called out his bullshit, the internet got in on the act too. 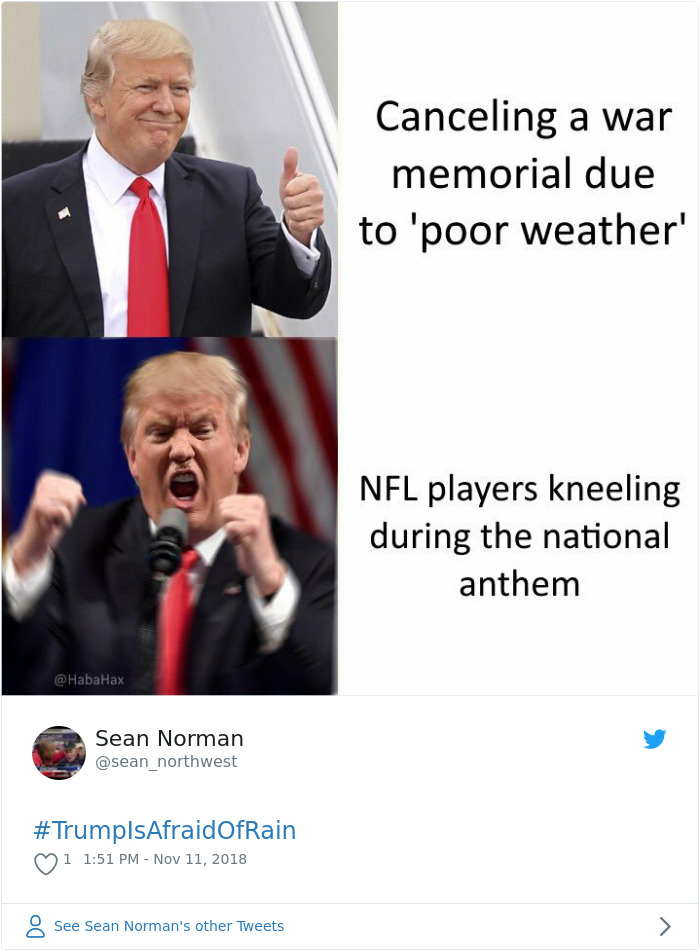 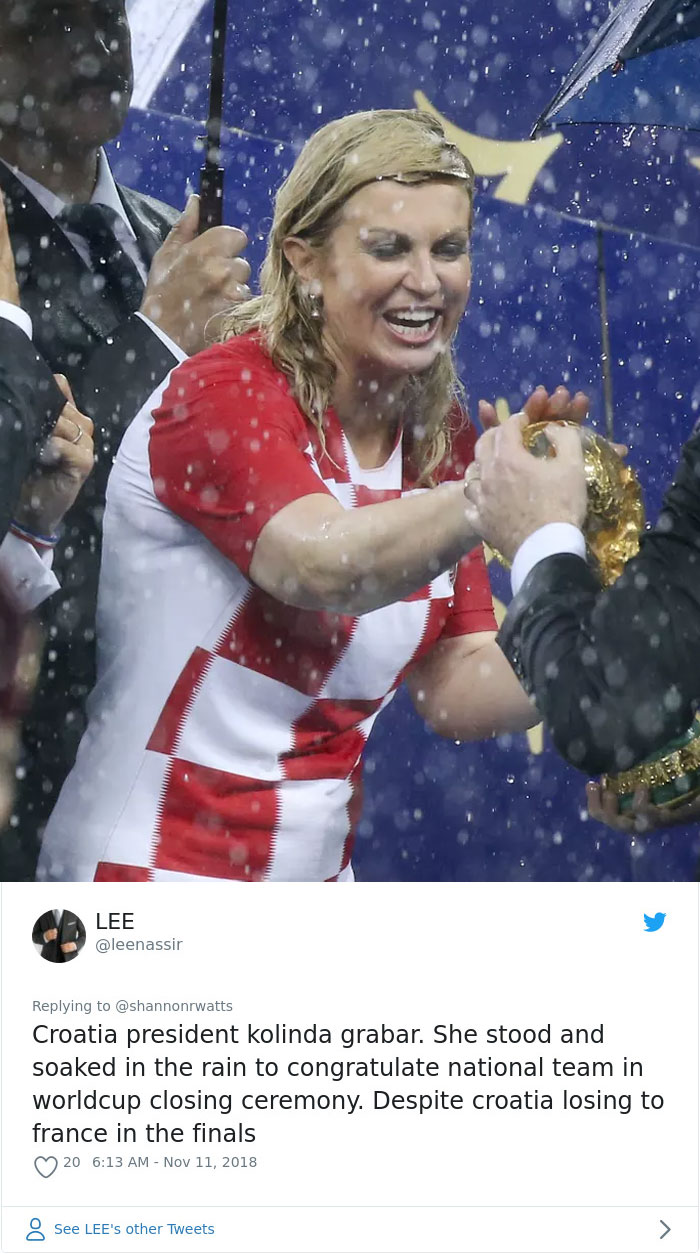 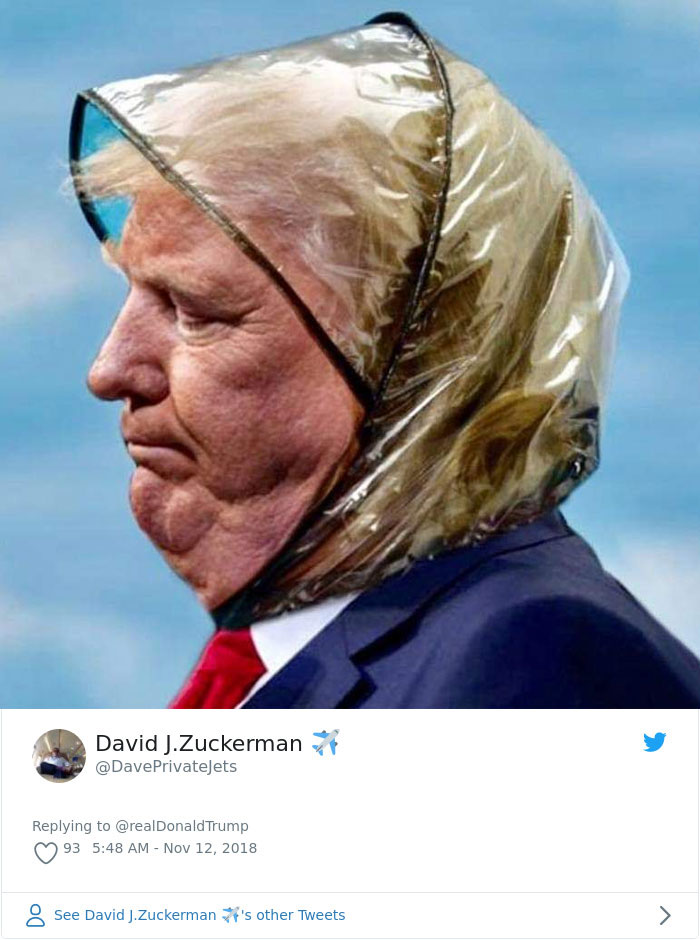 Final thought: Look, over here in Ozzy Land, we’re watching the whole Trump thing as if we’re watching a train-wreck in slow motion. These are scary times for anyone with common sense and whether you like it or not, what the US does affects the world. However, what’s more important than politics and Trump’s vanity is the fact that these memes are great.

Just in case you missed it, here’s one of Ozzy’s latest commentary videos…Ozzy Man Reviews: Greatest Police Fail Ever

Let’s not milk it, but 2020 has been tough for plenty of people. Obviously, there’s the Covid, the failure of police forces to recognise that black lives matter, the fires, and the everything else that’s gone wrong, b...

While it’s pretty f**ken tricky to narrow down the best s**t on the internet and point to one thing as the ultimate source of entertainment, we reckon a bit of old-fashioned Photoshop trolling is pretty hard to beat. ...

Speaking generally, it’s pretty bloody tricky to argue that the explosion of food delivery services hasn’t made our lives better. Deadset, there used to be a time that you’d drink eight beers at home and then decide y...