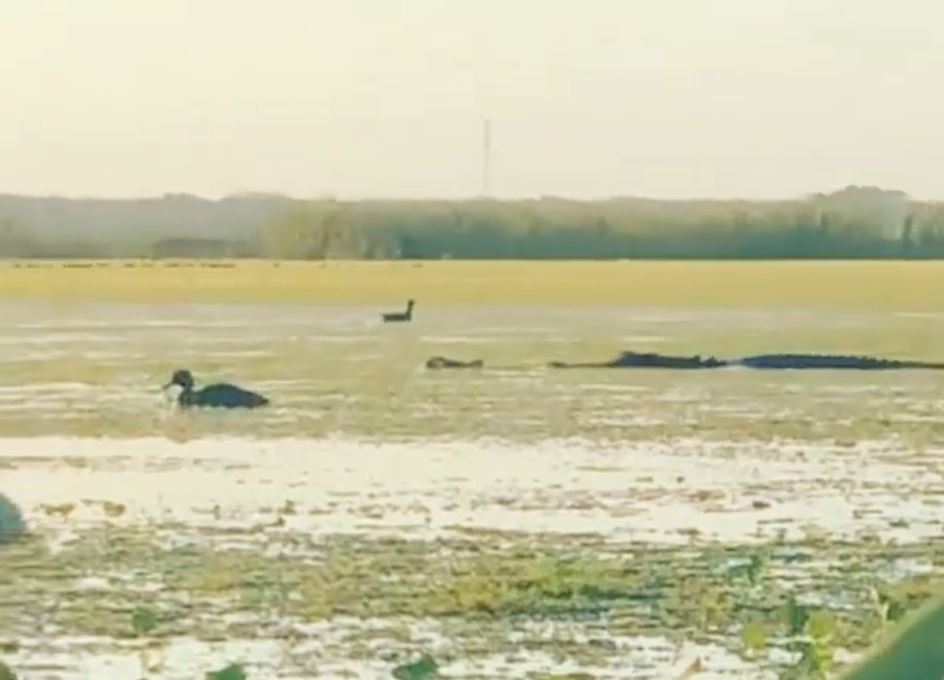 We’ve mentioned on here before that hunting’s one of those funny pastimes that can veer between right and wrong. Yeah, nah, sometimes it’s a ‘completely acceptable method of gathering your own food for completely acceptable reasons’. On other occasions, it leaves you wondering ‘why the f**k would you destroy that you f**ken drongo?’ Today, we’re gonna avoid that conversation for the sake of the way more interesting issue in this video: the big bloody alligator that’s taking advantage of duck hunting season to chow down…

If you follow this site regularly, you’ll know this isn’t the only alligator we’ve had on here recently, and just like the last one, the alligator in this story’s a hungry bugger. 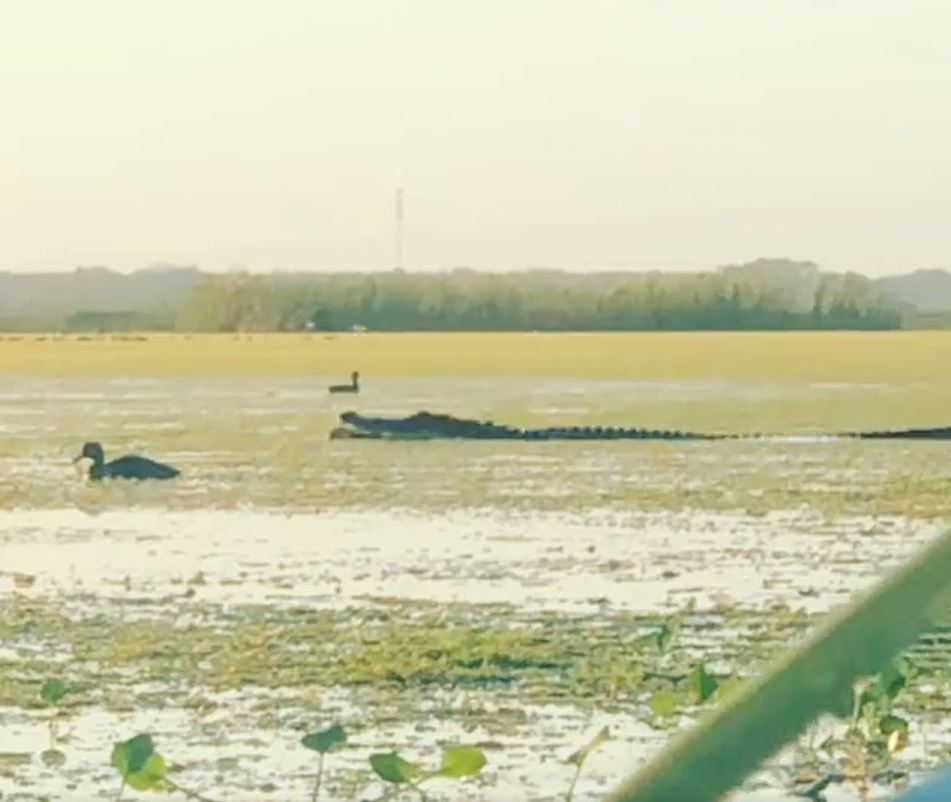 For this one, we’re duck hunting with Kevin Stipe and Cass Couey. These two blokes are the owners of the PRO HUNT navigation app, and as you can imagine, they like hunting. Imagine their chagrin, though, when a big bloody alligator decided it was going to take their quarry for its own.

The gator’s believed to have been about thirteen feet long, and we’d go with that. While scale’s always tricky to figure out, you can see that this is one big reptile. 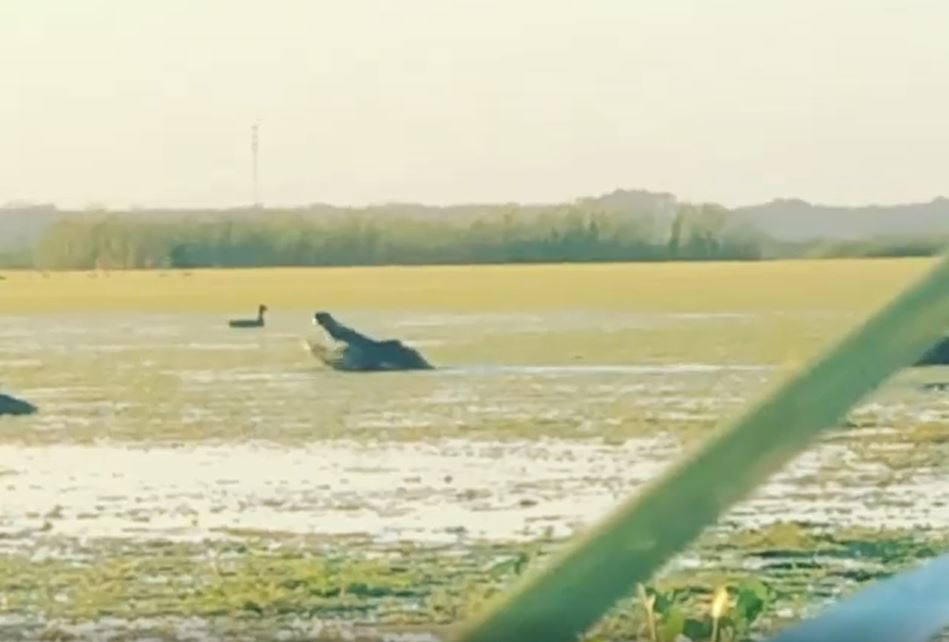 Anyway, as it approached a freshly shot duck, you can hear one of the fellas say, “Here we go. Number two of the day…”

The hungry b*stard cruises up to the duck and f**ken smashes it. Worst of all, it doesn’t even say thanks. Nah, it’s entitled as f**k, this one.

Once it’s done eating, you hear one of the boys say, “Okay, you’re fed. Now get out of here.”

And it’s gotta be unnerving to have that swimming around near your boat, so we don’t blame them for wanting rid of it. 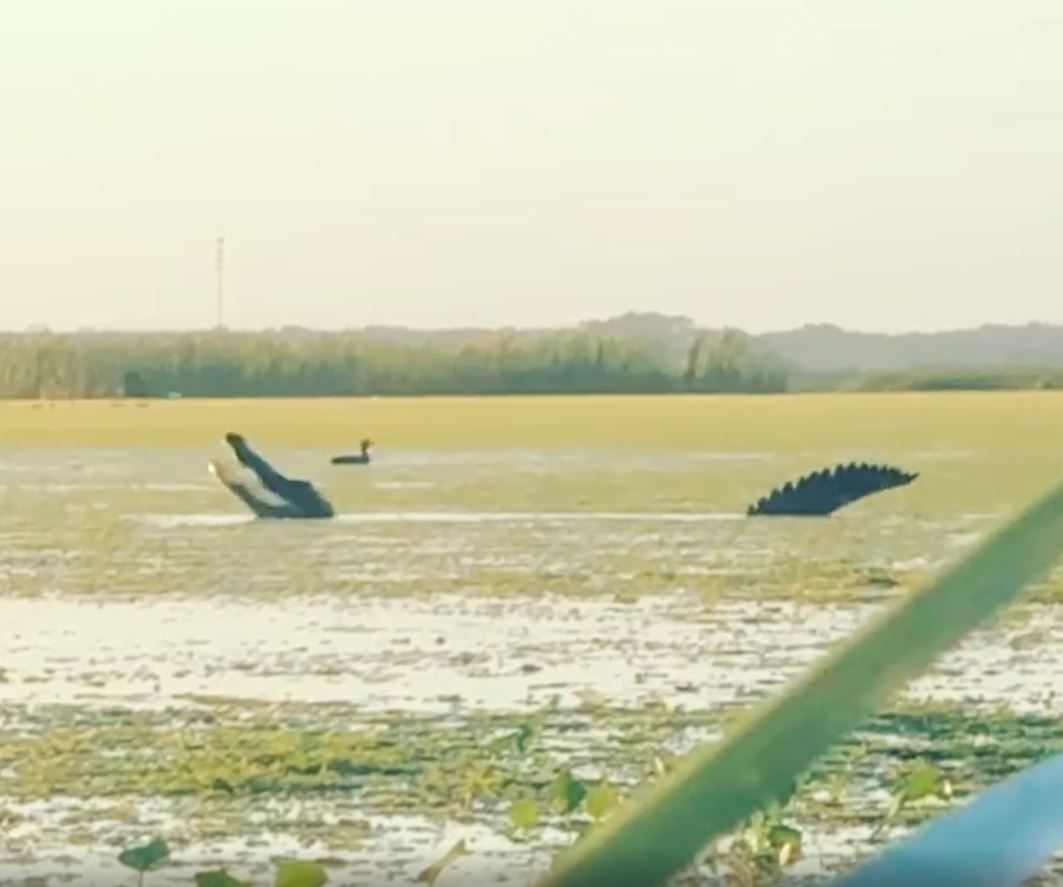 Despite that, their reaction to the creature is one of the reasons you’ve got for balancing out ‘sensible’ hunting versus trophy k-lls. These guys clearly aren’t interested in hurting the big lizard. Whether that would always be true, we don’t know, but done in this specific fashion, we can liken hunting to fishing, and that’s not a bad thing at all.

Final thought: All right, ya big legends, give this one a bit of a gander and let us know what you’d do if a big bloody gator was stealing from you. You know where to post your thoughts: smack bang in the middle of the comments section! See you there!