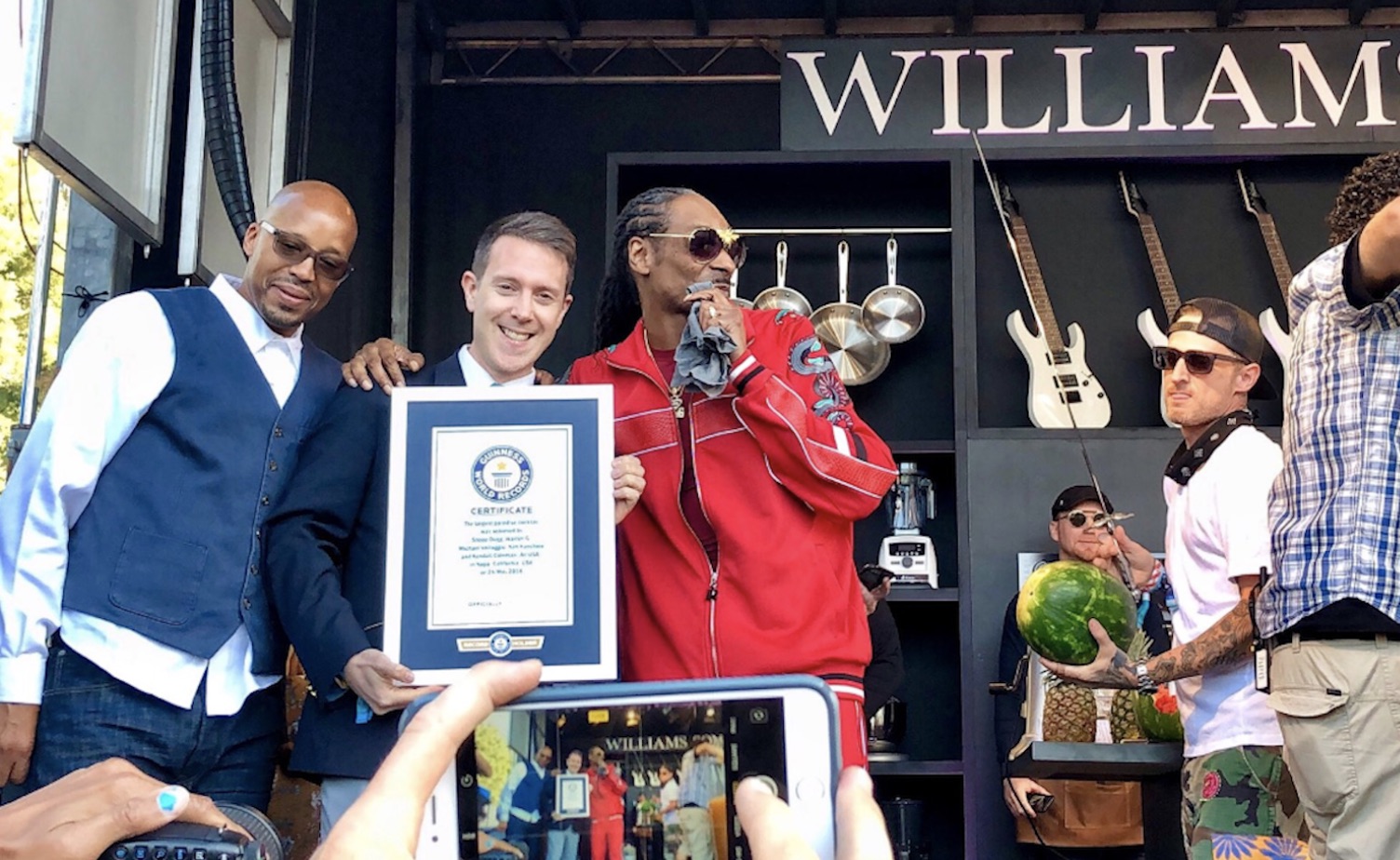 Calvin bloody Broadus aka Snoop Dogg has done all right for himself over the last few decades. If you go back a few years, he was once that guy who smoked a lot of weed and wrote and performed those hip-hop songs all the kids seemed to be into. Now though, he’s that cultural institution and household name who smokes a lot of weed, seems to pop up everywhere and holds the world record for making the world’s biggest ever glass of gin n juice.

And, if we do say so ourselves, it’s about bloody time. I mean, let’s be honest, Gin n Juice, an early Snoop single was one of the ones that really launched his career. It was his second or third big one, depending on whom you ask, and it proved he wasn’t a one-hit wonder. It’s only fitting that he’s gone a step further to cement his name as the world’s foremost proponent of gin n juice then. 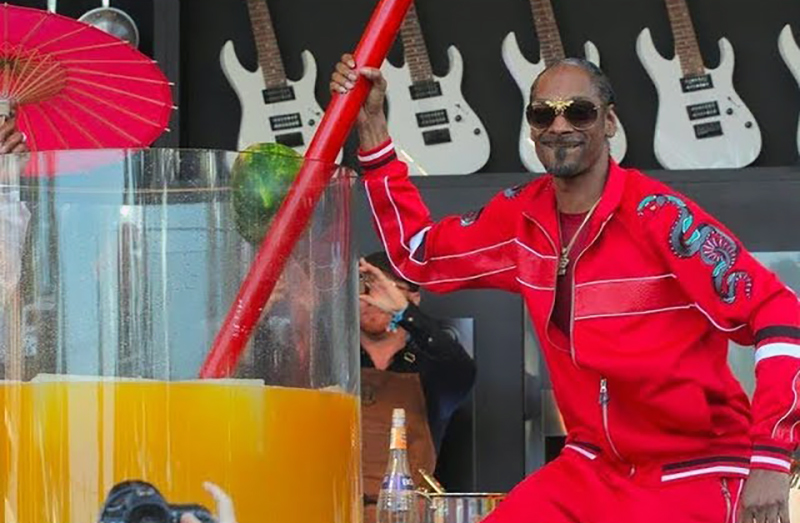 So let’s have a look at this bloody drink: it was made in a glass that measured 5 foot by 3 foot, and consisted of 180 bottles of gin, 154 bottles of apricot brandy, and 38 jugs of orange juice. That’s an awful lot of piss in one glass. I mean, even David f**ken Boon wouldn’t be able to drink all of that in a single flight.

In fact, the behemoth beverage was so big Guinness World Records even printed out a bloody certificate that will no doubt fit right in besides the famous rapper’s catalogue of awards, gold records, hit singles and little league trophies. 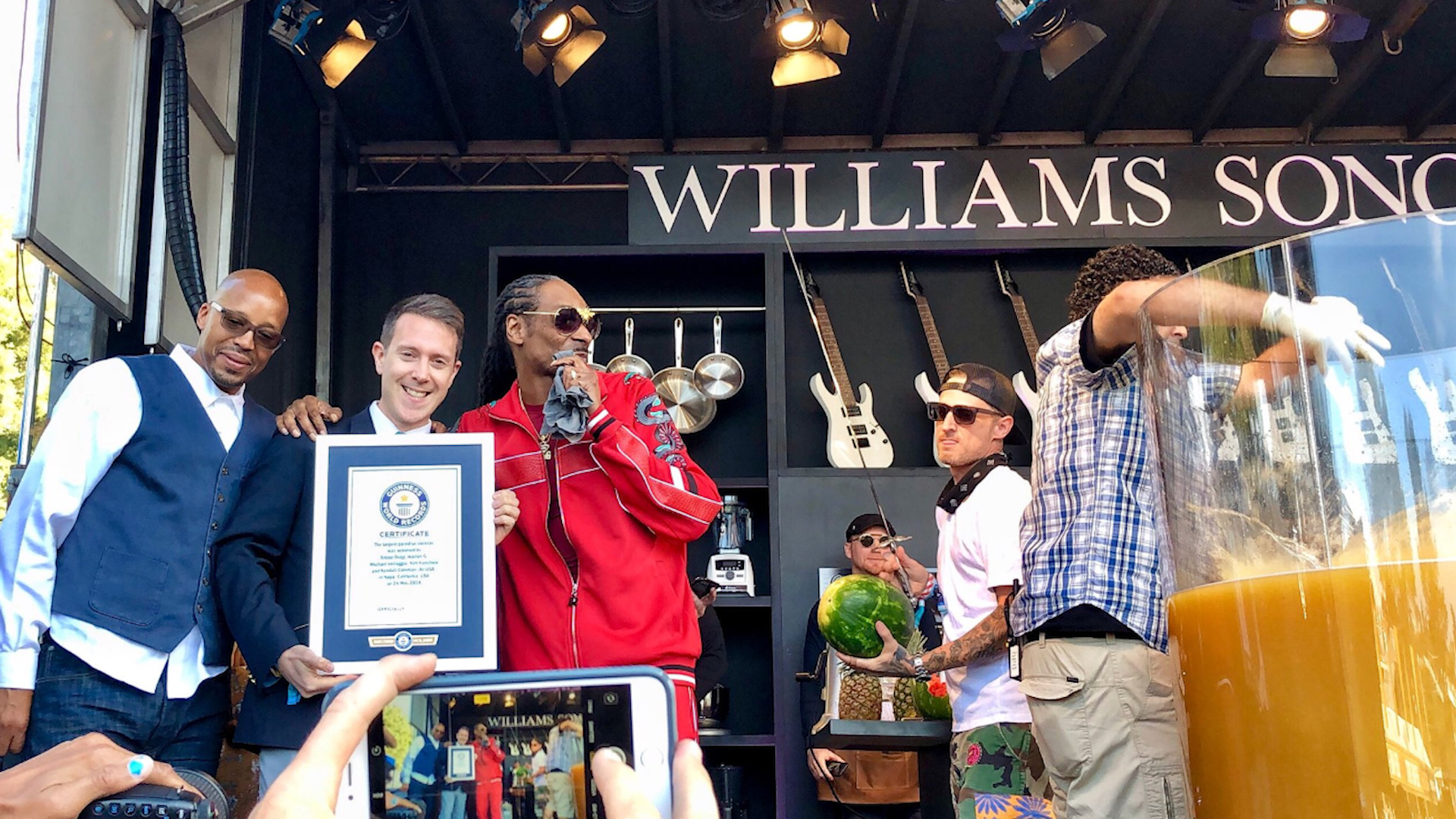 In the past, Snoop has spoken to Ellen DeGeneres about his love of gin. He told her, “Gin is upper echelon. It’s a step up. Because you just don’t find — and no disrespect — regular winos just drinking Tanqueray. You understand me? That go back to the days when I used to go the liquor store, they’d be standing out there … they’d be like “gimme a few dollars, li’l man … gimme something to get me something to drink.” And I’d give them something to drink and they wouldn’t get this [pointing to his gin bottle]! They would get that Mad Dog dub dub, or that Night Train … you understand me?” 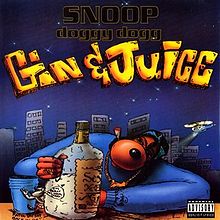 The OG single cover from back in the day. Credit: Death Row/Interscope

Final thought: We bloody love stuff like this at Ozzyman Reviews. Whether or not, you’re a fan of Snoop Dogg, his dedication to his passions is inspiring stuff. We just hope that somewhere out back he also had a world record sized spliff to go with his world record sized gin n juice. Good shit, Snoop. You’re a legend for all the right reasons!

The internet can be a pretty harsh and judgmental place. F**k, so can the real world. For a prime example of what we’re talking about, have a bloody squiz at this story that – for some f**ked up reason – has resulted ...