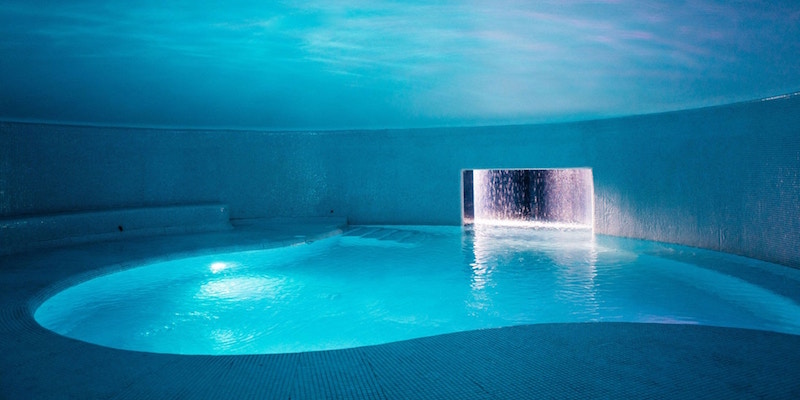 If you still haven’t seen the Netflix show Narcos, you should definitely get amongst it: it’s one of the best pieces of telly knocking about at the moment.

Based on the game of cat-and-mouse played by cocaine kingpin Pablo Escobar and the government agents tasked with capturing him, the show is a perfect mixture of grit and glitz.

Although, seeing some of the abodes that El Patrón and his family resided in, you might just find yourself fantasising as to what such luxury would actually feel like.

While that type of living is typically the reserve of the ultra-rich, one of Escobar’s villas has now been transformed into a luxury hotel and renovated to look like it did back in its heydey.

This gargantuan mansion in Tulum, South East Mexico, was seized by authorities years after Pablo’s grisly end in 1993. Surprisingly, state officials refused to sell the estate to anyone and returned it to the previous owner before Escobar.

But now, Lio Malca, a famous art dealer from New York, has purchased the property and transformed it into an incredible 35-room luxury hotel named Casa Malca. Speaking to the design and style website, Cool Hunting, Malca said: “I found a broker who told me it had been returned to the original owner. I asked around to lawyers and government workers and learned that I could, in fact, buy it.

“I could not believe that in this world, a property like this still exists and hasn’t been taken over by a corporation.” The hotel is right on the beach

Lio has decorated the properties with paintings, sculptures and furniture that he’s collected over the years. As you’d expect, it’s not the cheapest hostel you’ll find in Mexico: guests can expect to pay a minimum od $490 USD per night for the pleasure of staying in one of the properties (cocaine is not included in the price, either). I can think of worse spots to fight off a hangover After becoming wealthy, Pablo Escobar acquired a bunch residences and safe houses, with the Hacienda Nápoles in South East Colombia gaining significant notoriety due to the fact that it had a sculpture park and a complete zoo with elephants, exotic birds, giraffes, and hippopotamuses.

Escobar also planned to construct a Greek-style citadel near it but the project was never completed. The hippopotamuses, however, have thrived and taken over parts of the countryside around the ranch.

At the peak of his empire, Escobar was raking in $70 million USD per day and according to his brother, Roberto, the cartel were smuggling 15 tonnes of coke per day, which had a street value of approximately $500 million USD.

The gang were spending an incredible $1,000 USD per week on rubber bands just to wrap up the cash. They also lost ten percent of their earnings every year because rats would get into the storage rooms and eat the notes. If the rats in my house tried to survive by eating my cash, they’d fu*king starve to death!