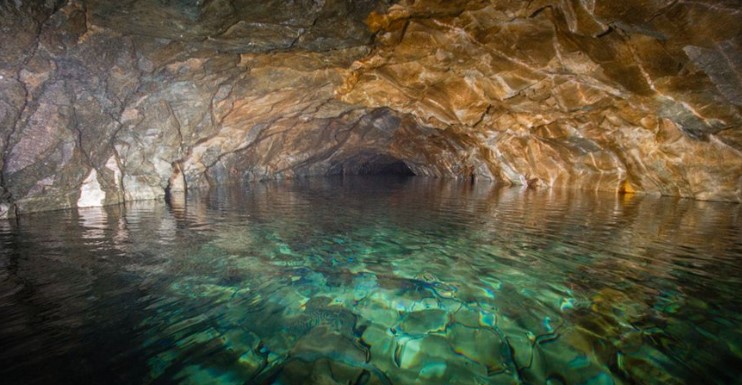 We’re always banging on about bloody scientists and the cool s**t they find on this site, and with this post, we’re f**ken at it again. This time, it seems that scientists have found the oldest water deposit on earth. Apparently, a pretty significant pool of the ancient liquid was discovered beneath a mine in Canada – and it’s been there, untouched, for two billion years.

All right, to make that perfectly clear, the water they’ve found there has been dated as two billion years old – and that makes it five-hundred million years older than the last ‘oldest’ pool of water on the planet. Funnily enough, though, they were found in the same mining system.

burying the lede: the Dwarves dug too greedily and too deep. You know what they awoke in the darkness of Khazad-dûm… there are signs of life down there https://t.co/yPgZbTltJp

This particular pool is about three kilometres underground, and according to scientists, it’s much larger than you might think. One of the scientists who found it, Professor Barbara Sherwood Lollar, reckons, “When people think about this water, they assume it must be some tiny amount of water trapped within the rock, but in fact, it’s very much bubbling right up out at you. These things are flowing at rates of litres per minute – the volume of the water is much larger than anyone anticipated.”

I drank 12,000 year old Glacier Melt water from up on a glacier. It tasted like no other water I ever encountered.https://t.co/oDbf4SAy5Z

Of course, any discovery like this has pretty wide-reaching implications. It’s not just a rad find, it’s one with scientific potential. This water contains traces of life. So far, there’s no living bacteria in it. Despite that, they have found what they’re calling a ‘fingerprint’ of life – a remnant that proves some form of microbiology lived in the water for a very long time.

The water in this mine is 2 billion years old. 🤯https://t.co/15IYf4wEyw

They’re now hoping they might be able to use that to help search for life in pockets of ice and water found on Mars. There’s no suggestion how at this point, but the idea alone is pretty f**ken rad. Don’t you reckon?

Just in case you missed it, here’s one of Ozzy’s latest commentary videos…Stuck frog getting fat-shamed