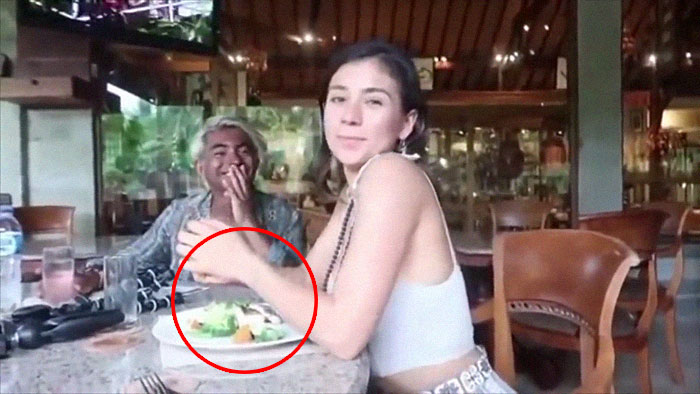 Look, we all know that one bloke – even if it’s usually a sheila – who claims to be a vegetarian or a vegan but eats f**ken fish or chicken because it’s not ‘meat’. It f**ks us how that one works, but you know, fair go and each to their own. And, to be honest, good on ‘em. At Ozzy Man Reviews, we reckon that you need to do you. But, and it’s a pretty f**ken big but, if you’re making money off of saying you’re something, then you really need to put that money where your mouth is and back your s**t up.

That’s a f**ken fish! And it’s not even raw! Matter of fact, it’s not a f**ken vegetable either! Credit: Vegan Bean

Of course, we’re only mentioning this because of a recent turn of events that’s rocked the vegan world to its pasty and malnourished core. A vegan ‘influencer’ – and by f**k do we hate that word – has been busted eating fish. 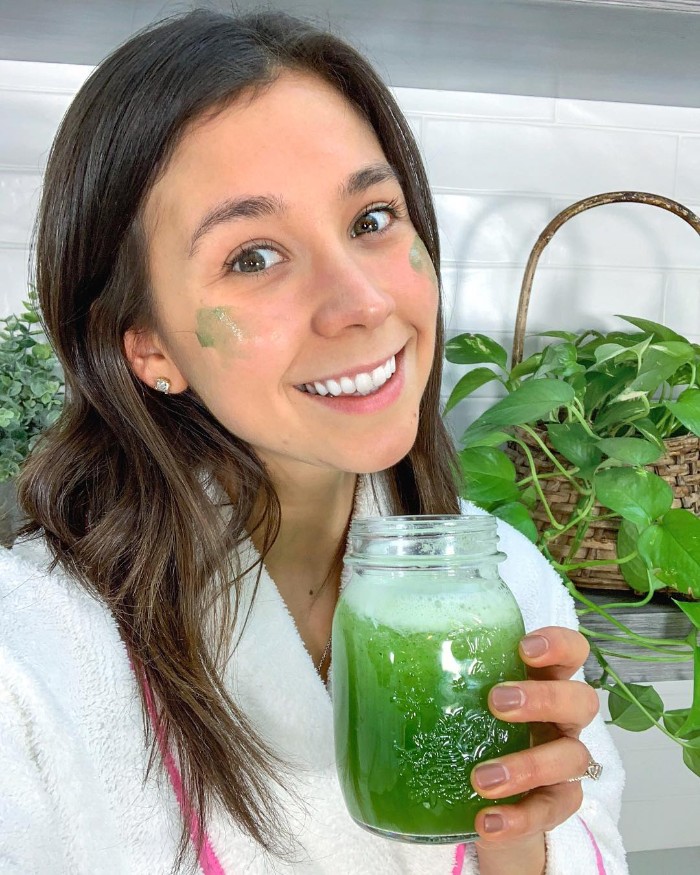 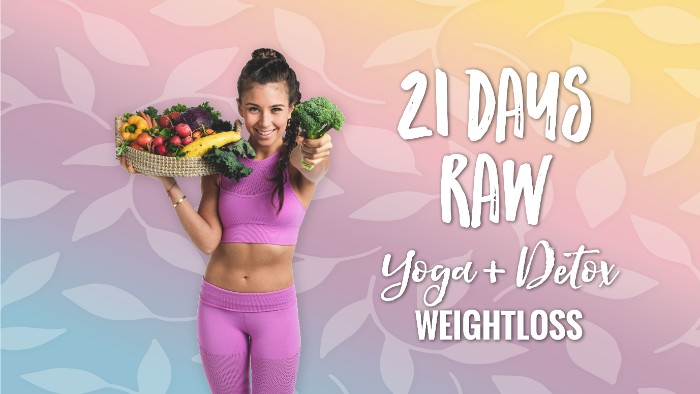 Yeah, yeah, we know, shock f**ken horror, someone on the internet’s full of s**t. Usually people shilling products online are honourable and decent folk, so vegans aren’t the only ones who’ve been let down here. But, anyway, getting back to the story, Yovana Mendoza Ayres, who sells raw vegan diet plans to her legion of followers has really trod in the proverbial dog-shit. 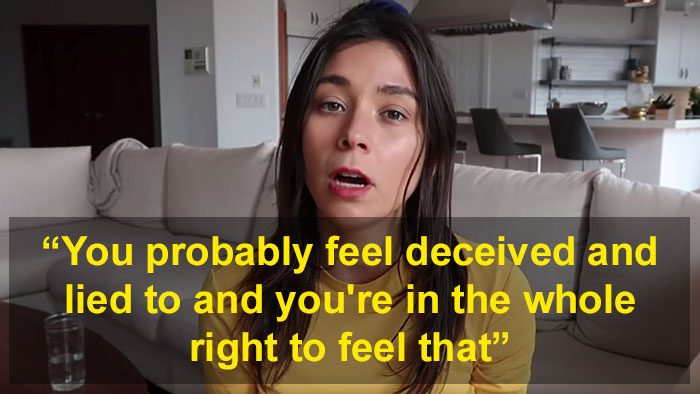 Yep, it turns out she’s not as bloody vegan as she’s been claiming to be. She eats fish and she even eats eggs. It’s barbaric. Of course, what’s really got her followers pissy isn’t just the fact she’s been telling pork-pies about her bloody diet, but the fact her apology shows that she’s been eating the s**t while pretending to be a raw vegan. 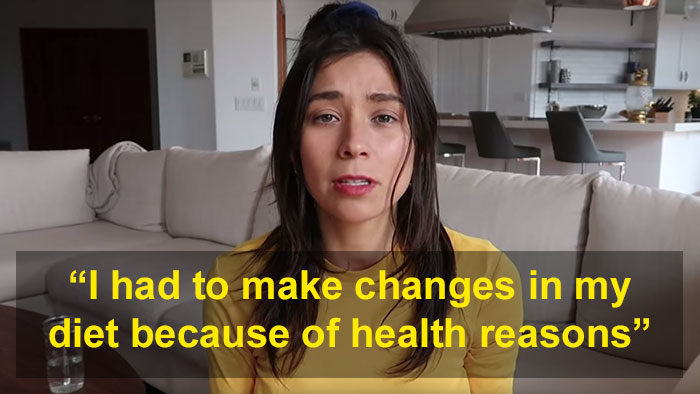 In her apology, she details the fact she’d been ordered to eat the protein-rich food because her vegan diet had f**ked her up so badly that she’d stopped getting her monthly visitor. That in itself should get the alarm bells ringing, but while she claims she’d originally tried to go against the doctor’s wishes and opt for vegan alternatives, she just couldn’t make it happen.

In the meantime, she’s been profiting from her ‘healthy’ vegan diet. Understandably, people are pissed. 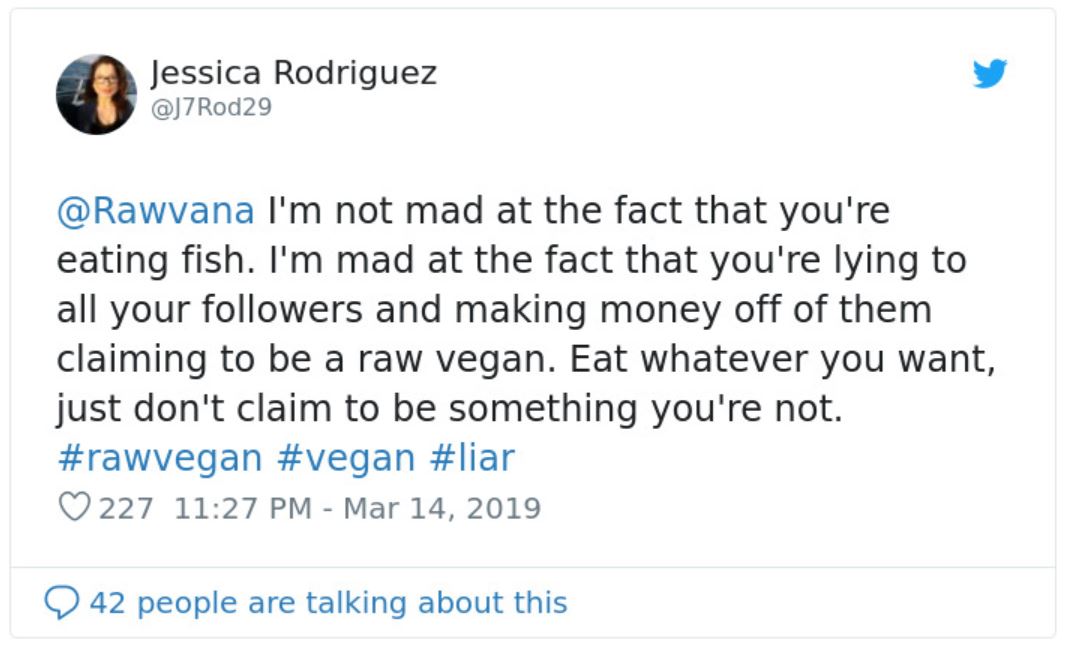 Final thought: The real moral here isn’t really about what she’s eating if you ask us. If someone wants to eat meat, that’s all well and good. If they don’t, they don’t have to. S**t, this one’s not even about vegans who interrupt people trying to enjoy their steak, it’s quite literally about having some integrity and sticking to your guns. If the diet you’re selling has f**ked you up, perhaps you should let people know and stop selling it.

Have a squiz of her trying to cover her plate on this video:

And now check out her apology:

While we know that a good share of text exchange stories are bulls**t, we can’t help but love ‘em. There’s just something so rewarding about watching someone get their comeuppance in a series of text messages. When th...

There’s no doubt that fake news and government spin has done a lot to foster doubt in the authorities over the years. In the US, this s**t is a big problem right now. We’re not sure what big orange reason there is for...