For all the talk about Ozzyland’s most dangerous critters being ready to f**k you up, we often overlook the fact that one of our greatest little marvels is the bloody koala. These little f**kers are a pretty amazing marsupial, they’re cute as hell, and, unfortunately, they’re constantly at risk of losing their little koala homes to deforestation and bushfires. So, when you’re a bloody hero and you see one getting a bit too toasty, you save it. Just like the champion in this video…

Toni Doherty is tough as nails and she doesn’t give a f**k about the risk of burning herself when there are koala lives at risk.

As you’ll see in the video down below, the true hero gets her kit off and comes to the rescue of any marsupial bugger who’s about to get roasted. 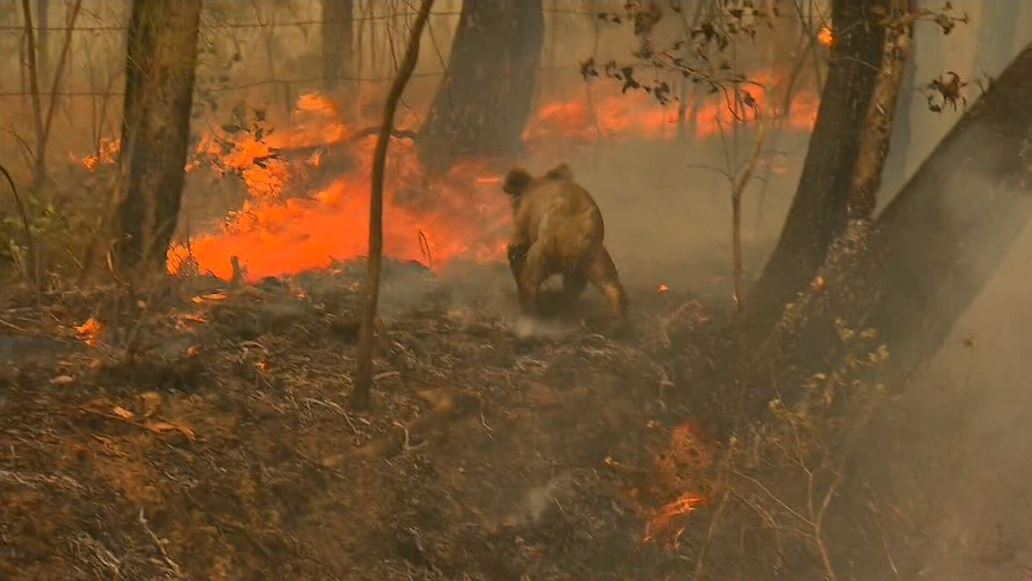 The video opens with a pretty delirious-looking koala crossing the road and heading into the scorched wasteland to try and escape the flames. Her first thought: “He’ll need rescuing, won’t he?” And that’s what she does. She’s across the flames, where the little bugger’s trying to escape the heat. And make no mistake; he’d have been a goner if she wasn’t there. 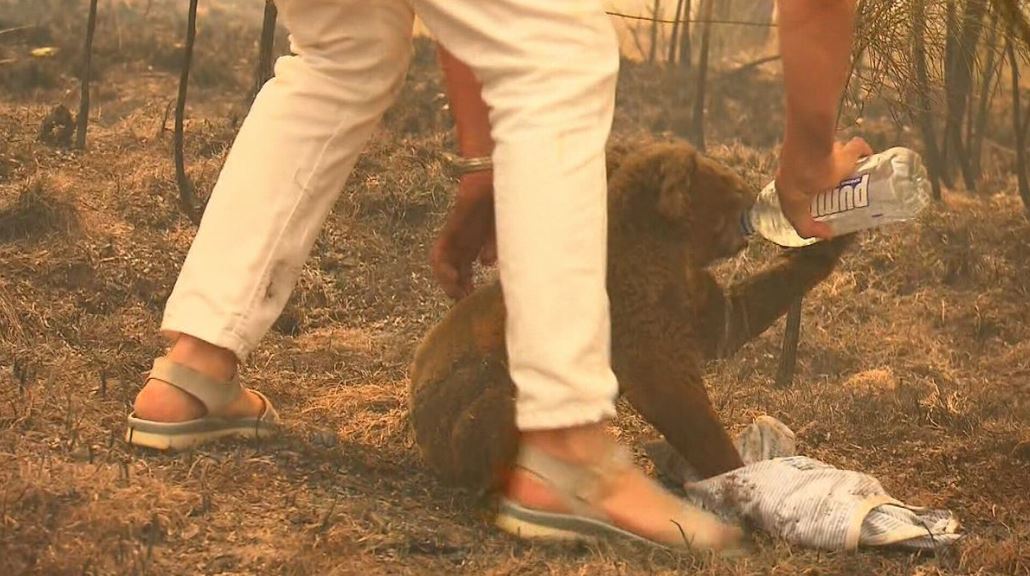 After using her shirt to pick the little critter up, she gives it some water to drink and a bit of a shower to cool it down before they wrap it in a blanket and get to the koala hospital. And, yeah, no shit, we legitimately have koala hospitals. The little pricks are bloody legends and we need to look after ‘em.

As you’ll see from the footage, the koala’s in a bloody bad way. It’s scorched, it’s bleeding and its cries are so bloody human-sounding that they’re almost heartbreaking to hear. Poor bugger. 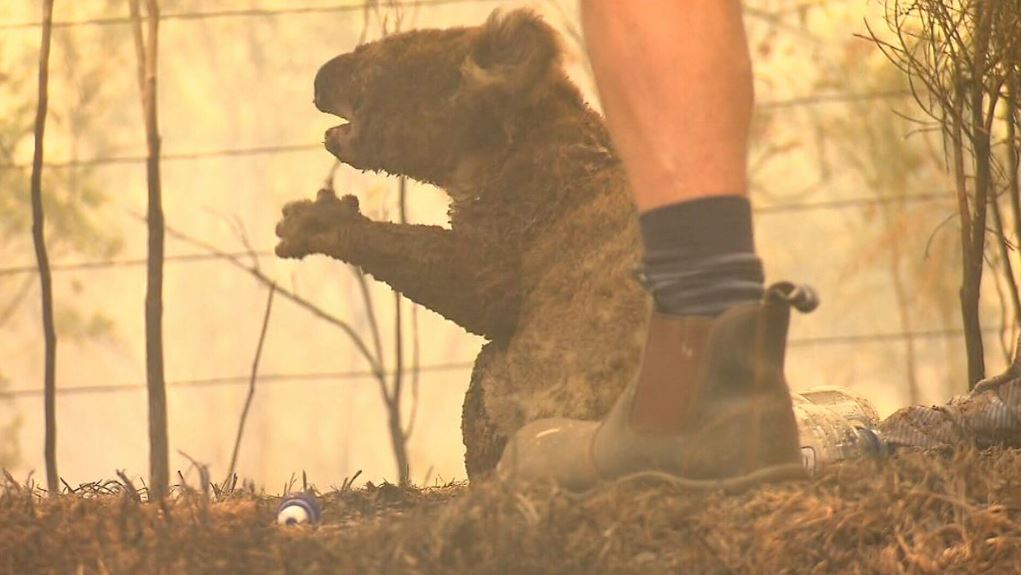 Anyway, Doherty, who’s quite rightly being branded a hero, told 9News that, “He just went straight into the flames, and I just jumped out of the car and went straight to him.” What a bloody champion. Selfless, caring and brave, Doherty deserves all the praise she gets. F**k it, she deserves more than a top sheila nomination, she deserves a beer.

If you know her, ply with all the alcohol you can find and shout her one for us. 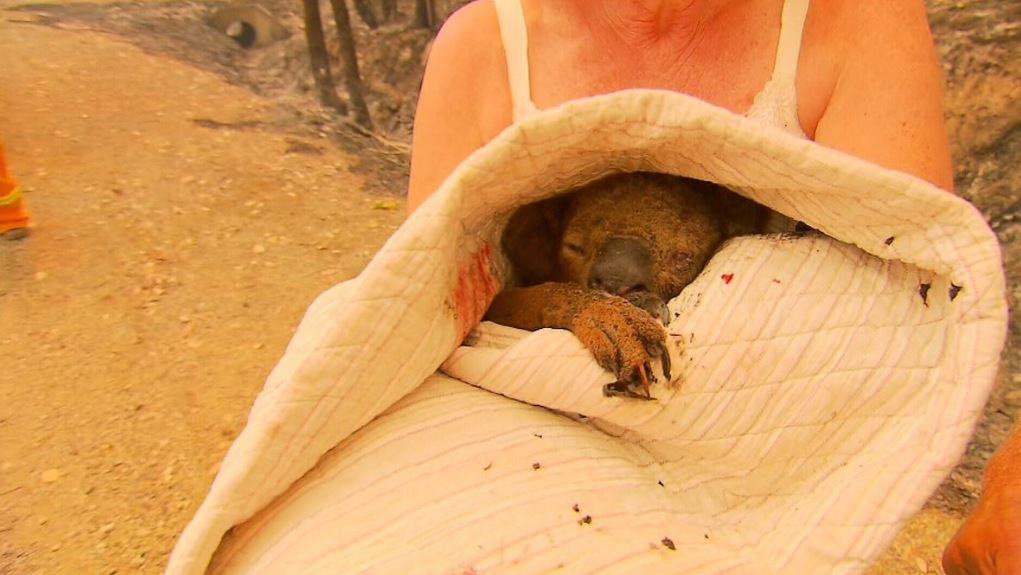 The two have been reunited. The koala, dubbed Lewis after one of Toni’s grandchildren, is recovering at Port Macquarie Koala Hospital where he’s being closely monitored by staff. The vets reckon he’s got some pretty serious burns – and his chances are only 50-50 at this stage, but thanks to Toni, he’s got that chance. 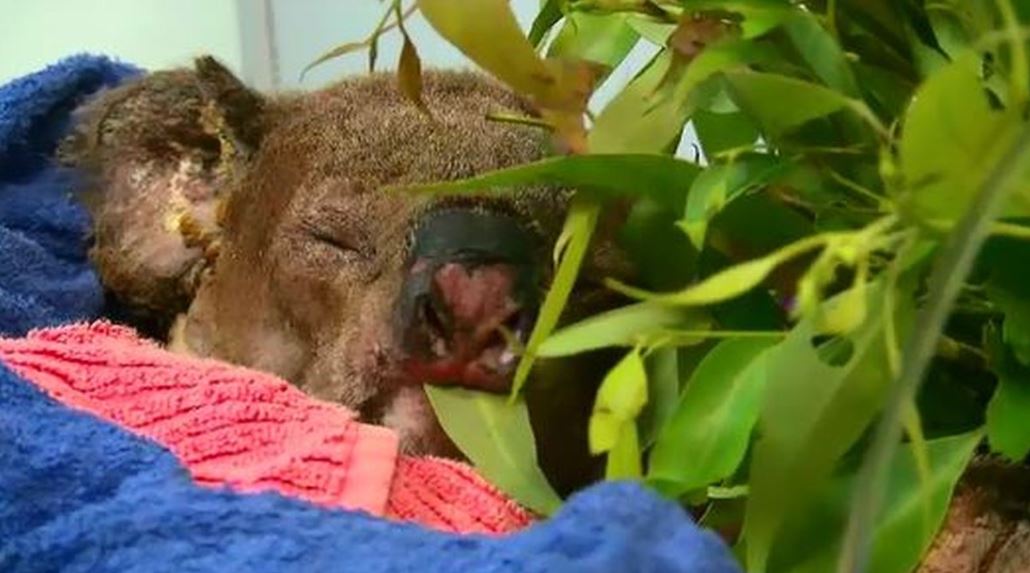 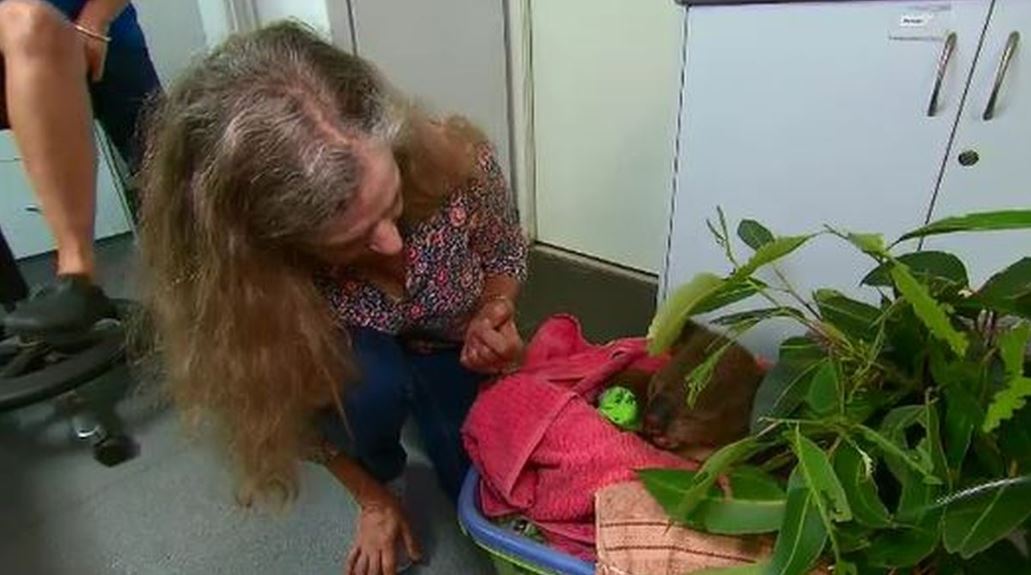 Final thought: Anyone who’s brave enough to put their own life and health at risk for a little creature is quite clearly a wonderful person. Toni is a true Ozzy legend. Deadset, Toni, this Top Sheila award is all yours, ya big bloody hero. Aw, s**t, we’re tearing up. We’ve gotta go…

Just in case you missed it, here’s one of Ozzy’s classic commentary videos…Ozzy Man Reviews: Koala in a Car