First up, let’s get this one clear. Here at Ozzy Man Reviews, we don’t give a flying f**k what you choose to believe happens once you die and where you think you’re going once you do take that big swan-dive into the pale. However, we do reckon it’s pretty important to balance outwardly vocal religious opinions with a bit of research and a bit of nous. At the very least, it’ll stop you looking foolish. On a more important level, it might see people treat your views with some respect…

Because, let’s be honest, it’s pretty f**ken easy to hang s**t on people on the internet. It’s even easier when the target has just put their opinion out there with f**k-all consideration of science, facts or research. 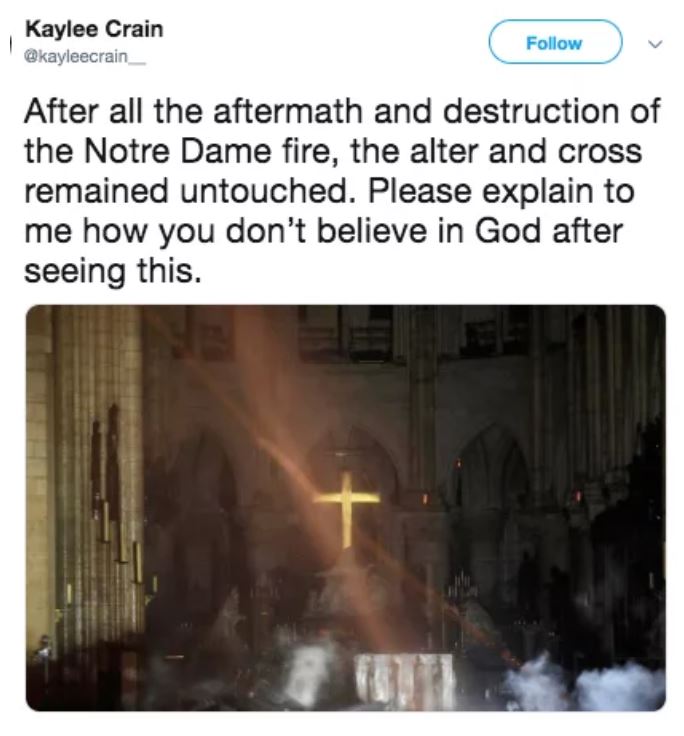 As you’re probably aware, the Notre Dame cathedral recently caught fire. You might choose to see something like this as an act of a God angry that certain religious orders consistently choose to defend their dodgy f**ken priests and clergy members. That would, of course, be bulls**t. Fires happen. In certain parts of Ozzyland, we refer to them as ‘Summer’. 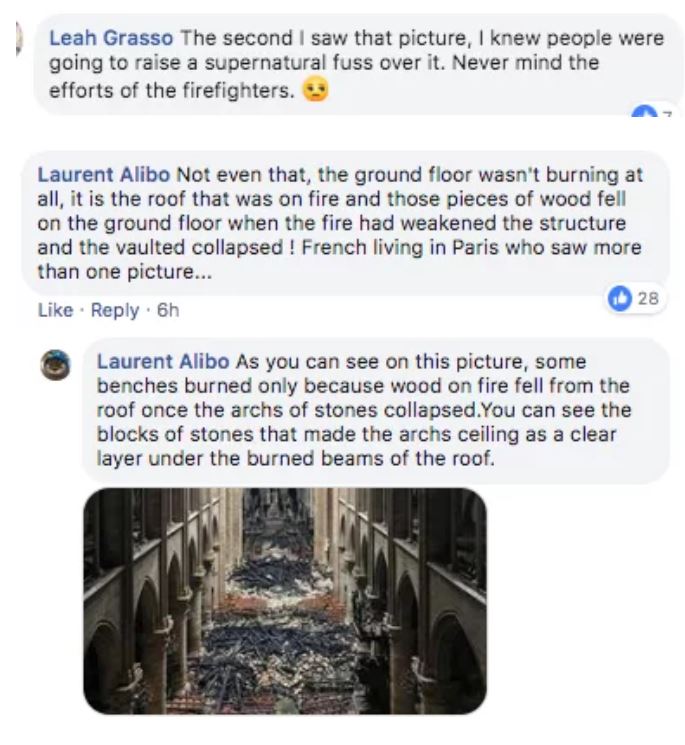 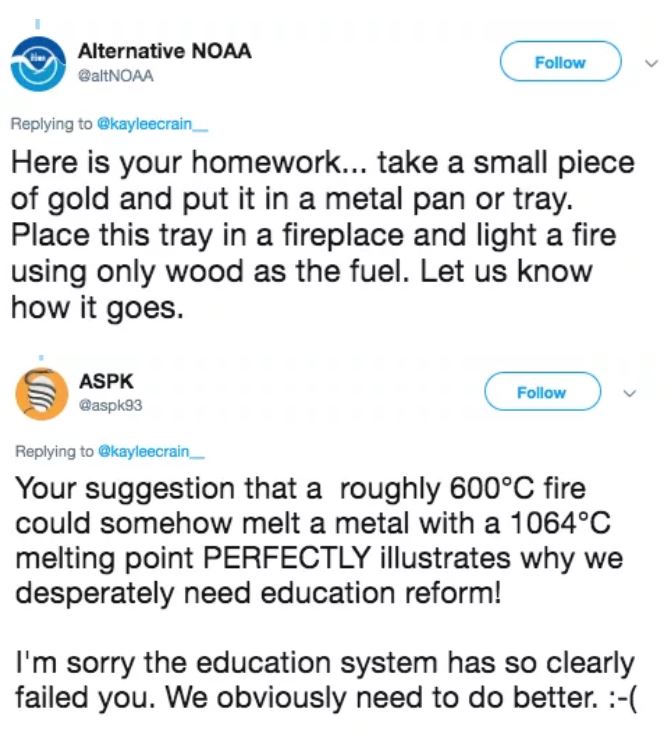 Anyway, a lady online saw an image of the cathedral post-fire and noticed that the cathedral’s cross hadn’t burned. Most people might realise that metal isn’t so easy to burn – particularly when the fire is high above and the only damage below is from falling debris – but others might see it as divine intervention. This lady, Kaylee Crain, let the internet know that if they didn’t believe in God after seeing the ‘alter and cross’ untouched, they should explain themselves. 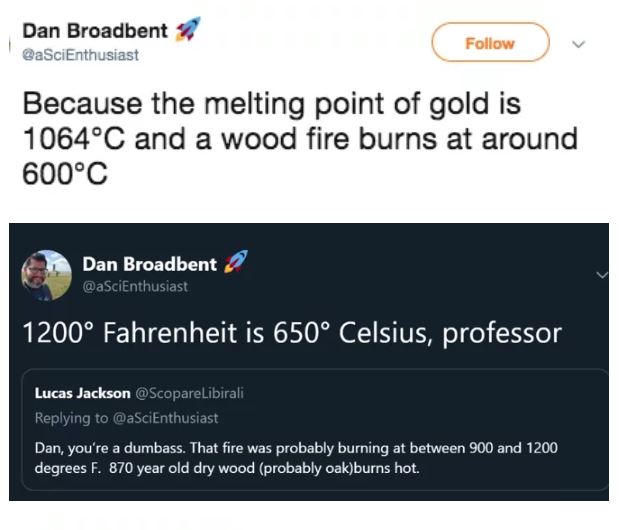 You know what happens next if you’ve been on the internet for more than a day or two. Yeah, nah, the internet didn’t announce its collective conversion to Catholicism; it explained exactly how it didn’t believe in God simply because that metal cross didn’t burn. 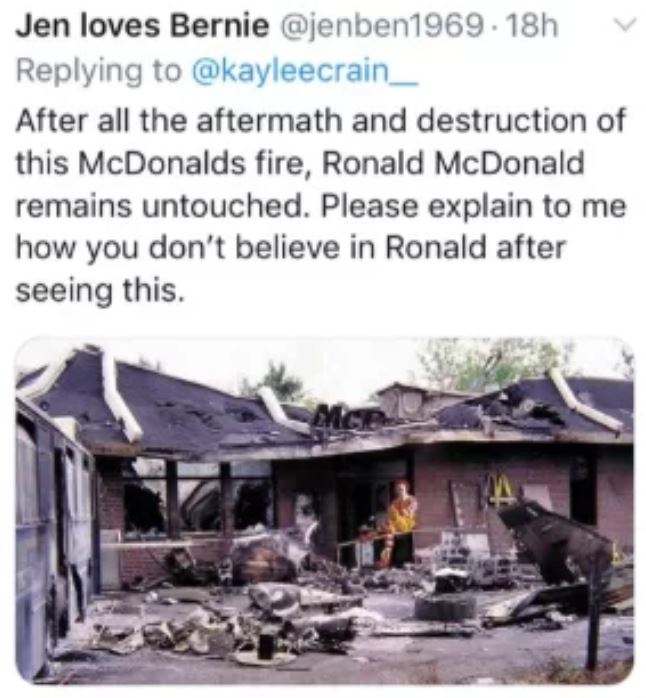 One of the main reasons was because the fire-fighters who protected that s**t with their lives deserve a bit of respect, dammit! Another was because of science. Obviously, you can read the memes and enjoy the drama. You’re familiar with this s**t by now. 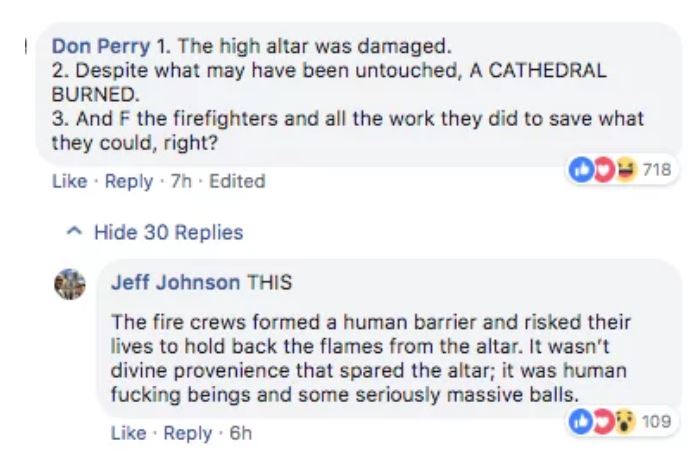 Final thought: Regardless of the religious aspects, this s**t sucks. Seeing any history destroyed by nature or by man sucks serious ass. But, as we said earlier, if you’re going to put it out there, be prepared to contend with some ‘feedback’. If it doesn’t sit right with your opinions, just try to learn from your experience and understand that science explains s**t. You can still have your faith, and really, there’s nothing wrong with that.