We don’t reckon it’s a stretch to suggest that most of you f**kers know what comfort food is. What we reckon might be more of a stretch, though, is explaining to others that your super-personal comfort food is actually really f**ken comforting in a time of existential dread. To put that into perspective, let’s have a look at some of the best ones Vice found…

Obviously, you’ve heard it all before, but these are tough times for some people. With all that in mind, it’s no surprise some people are finding comfort in foods they might not usually. The reason for that could be money, it could be nostalgia, or it could be a deep-seated emotional hole that nothing else is filling. Whatever the issue, here’s some of the most representative ‘existential dread meals’ Vice could find. 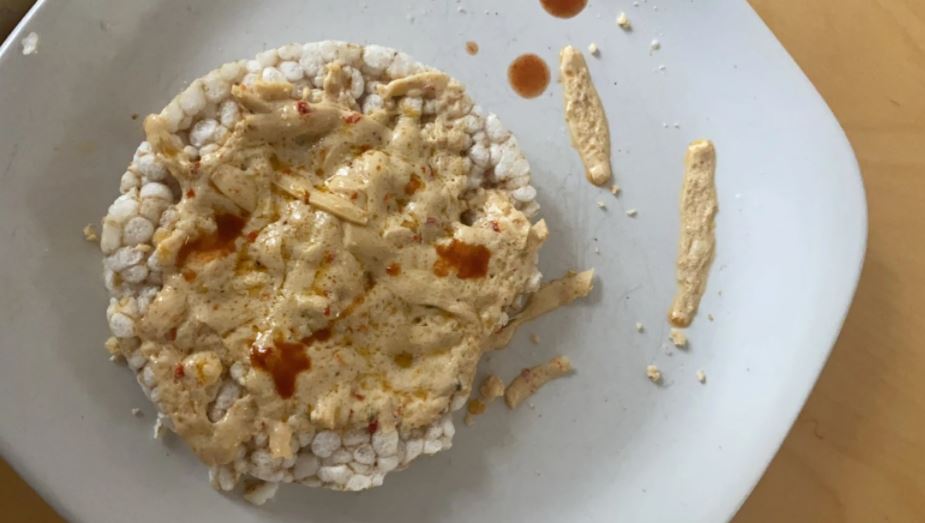 According to the creator of this one, 24-year-old Sammy, “It’s like a grilled cheese, which was a comfort food when I was young, but I can microwave it instead of actually cooking it.”

We reckon that’s one way of looking at it, but a grilled cheese doesn’t take that long, Sammy. It really doesn’t. 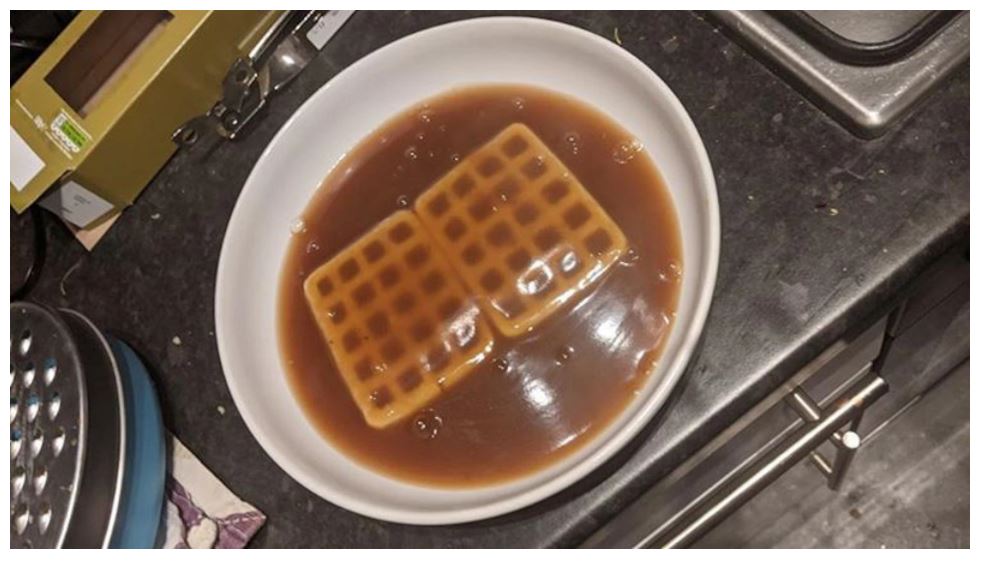 On the outset, this one sounds deceptively okay. Everyone likes potato and gravy, right? And then you see that by ‘floating’ they mean ‘drowning’. Either way, its creator, Alex reckons, “I make this meal because it’s comforting, as potato waffles were a childhood favourite and the gravy is warming and comfy and nice.” 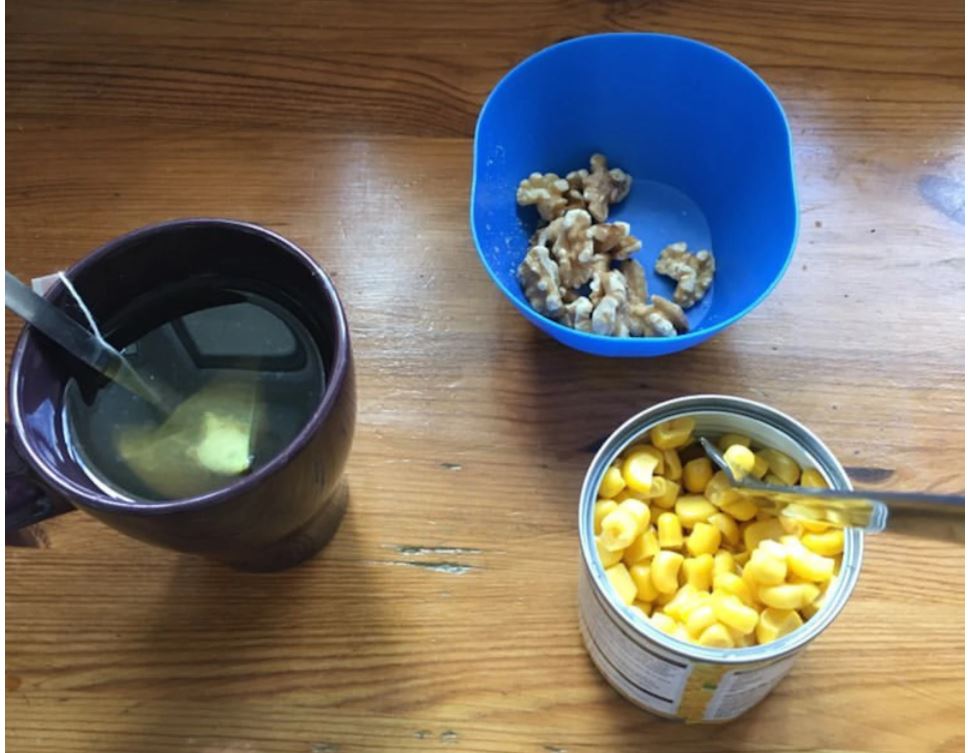 This might be what you could call ‘deconstructed’. Maybe. Anna, the chick responsible for it, hasn’t provided any reasons, but Vice speculates that, sweetness is only ever improved by crunch. 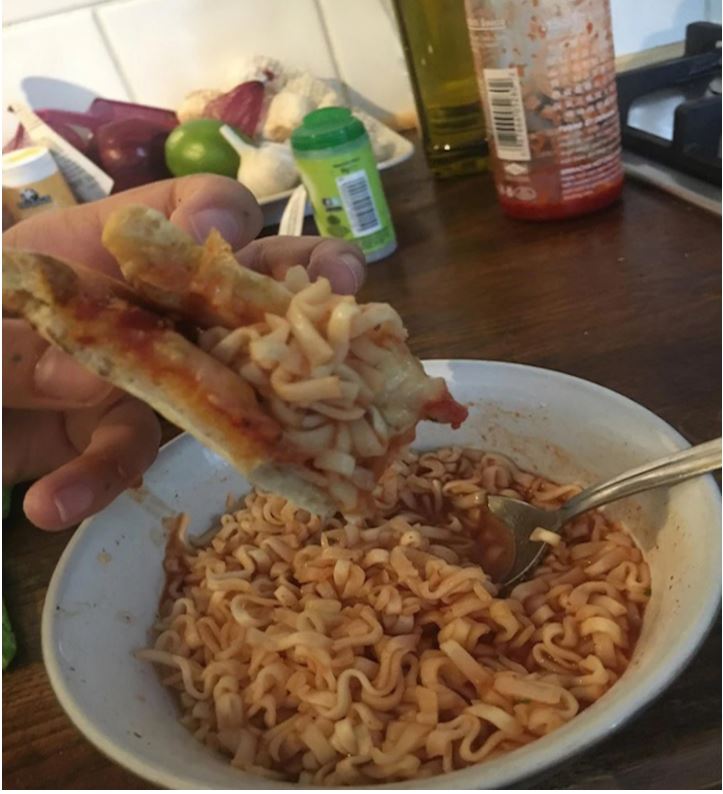 When you need to add carbs to your carbs, this is the way to go. Its engineer, Sophia, keeps her explanation simple. “I make a frozen pizza and instant noodles and use the noodles as the dip and the pizza as the nacho, as depicted.” Thanks, Sophia. 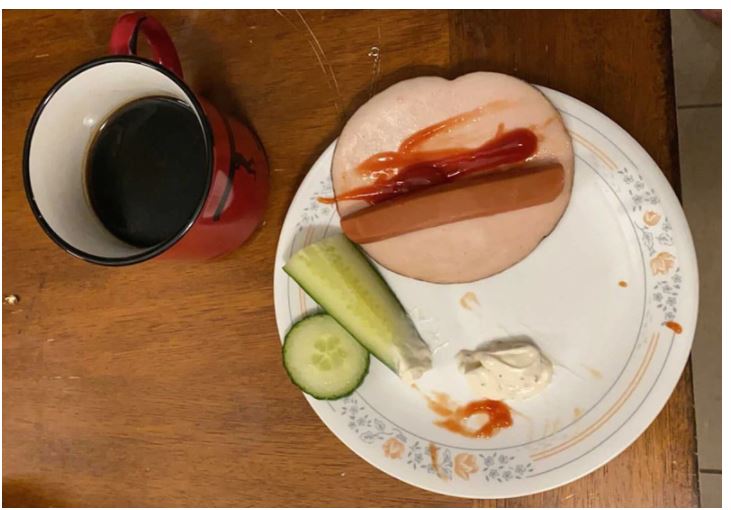 We’re going with another deconstructed dish this time. It looks…well, it looks like something. Again, there’s no explanation for it, but Vice reckon the meat might be rolled up hot dog-style. We can see that. Anyone who says otherwise is probably lying, let’s face it. 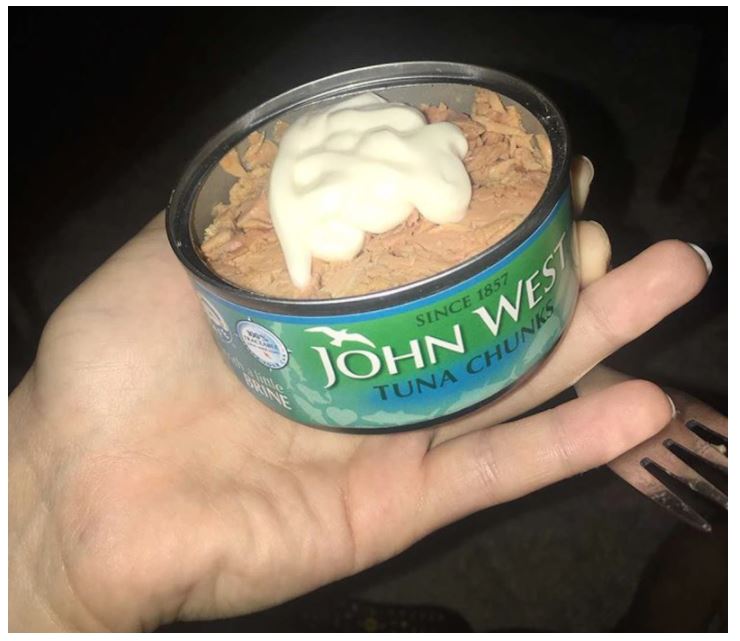 Tuna Mayo From The Can

The brains behind this one, 23-year-old Jade knows her s**t and describes this as simply ‘cursed.’ Vice disagrees, but while we’ve no doubt it’s heart-warming as f**k, we can also see the arguments for it being the most cursed meal of them all.

If you enjoyed this one, big shout-out to Vice and Iona Erskine for writing the original piece.

Final thought: Anyway, as we always do, we’re just gonna jump on the bandwagon here. Show us your ‘existential dread’ foods. What heathenish concoctions do you knock up when no one else is around and you just need to eat? Give us a squiz in the comments section.