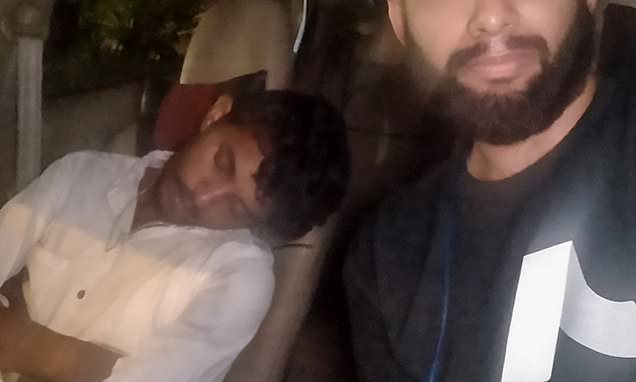 It’s probably fair to say Uber has had a decent few years. Yeah, they’ve had some hiccups and they’re not allowed to operate in some places, but in our neck of the woods at least, you don’t often hear folks say they’re gonna catch a ‘cab’ anymore. They usually say they’ll book an Uber. The politics, ethics, and economics of all that are a discussion for a different day, but one thing we do have to talk about is this: an Indian bloke was forced to take over from his Uber driver when he realised the driver was f**ken drunk.

And we’re not talking ‘a little bit tipsy’. This mother**ker was shit-faced. He was pissed as a fart. He was f**ken paralytic. Yeah, nah, he was so blotto he didn’t even know the driver was recording him and taking photos of him passed out in the passenger seat. 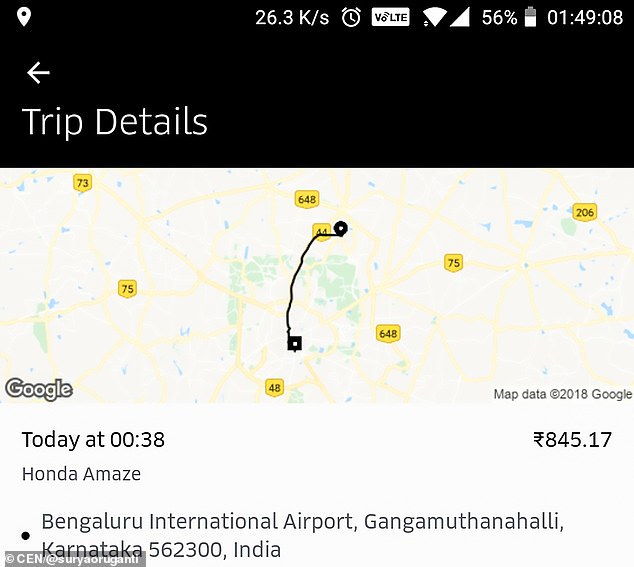 Anyway, let’s get to the point, ya big bloody dickheads. Surya Oruganti needed a ride home from Bengaluru airport so he did what most people do: he booked a bloody Uber. When it arrived, he noticed the bloke behind the wheel didn’t match the photo on the app, but seeing as the car was the right one, he took his chances.

A couple of minutes later, he realised old mate was f**ken tanked, pickled and more than a little bit monkey-legged. He had him pull over do they could swap places and he drove himself home. Obviously, he told Uber about the situation and sent photos of the drunk driver. 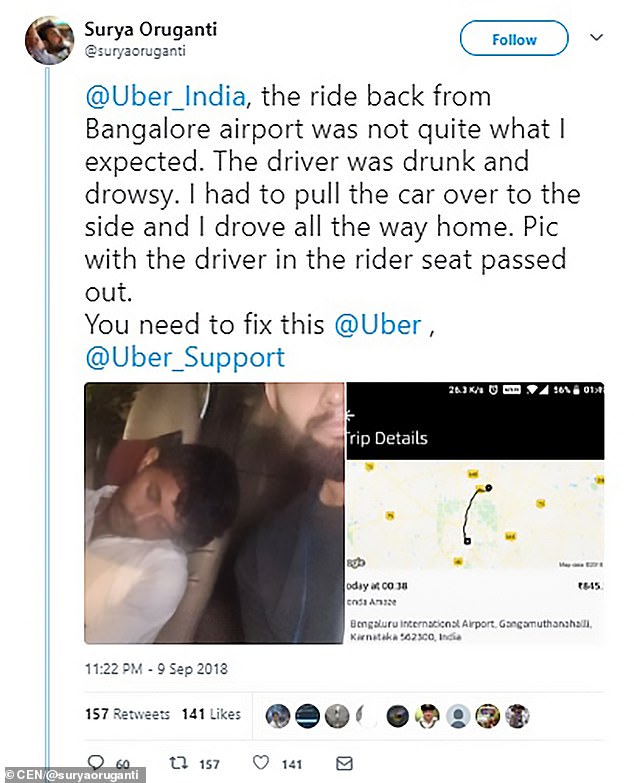 He told them, “The ride back from Bangalore airport was not quite what I expected. The driver was drunk and drowsy. I had to pull the car over to the side and I drove all the way home.”

Twenty hours later, Uber got back to him. They said, he “shouldn’t drive a cab because it’s a safety issue.” They’ve since made a statement about the issue.

‘This is a regrettable and concerning incident. While we take all possible measures to ensure that drivers behind the wheel match the person shown on the app, in rare instances, when this doesn’t happen, we encourage riders to cancel their rides immediately and report the issue on the app, so that immediate actions can be taken. Upon learning about this incident, the driver profile was removed from the app and we are looking into the matter. ‘We stand ready to further assist the rider and law enforcement as required.’

Final thought: The human face of any enterprise is always open to human failings. It’s a bit of a bloody shemozzle that a driver is too f**ken monged to drive, but this is the sort of thing that could happen anywhere. Makes you wonder if Oruganti ever had his coin refunded though.