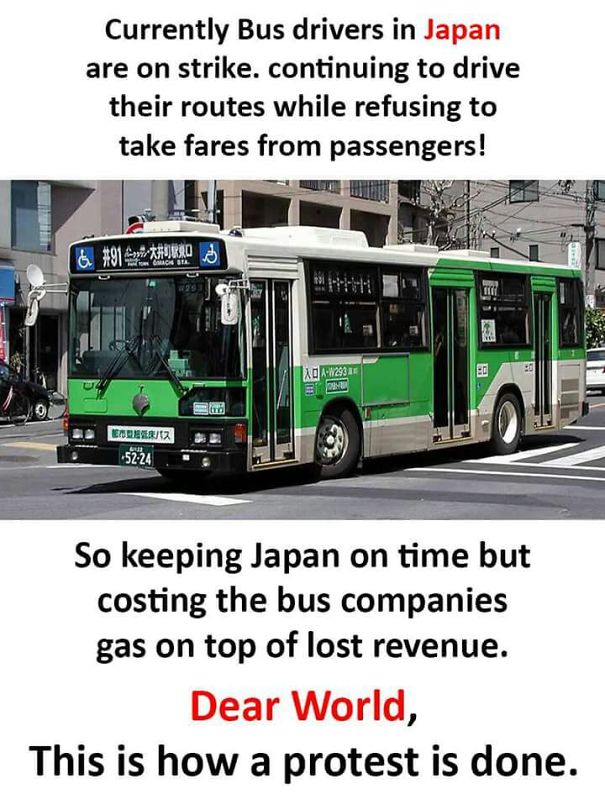 One of the big problems people find here in Ozzy Land and in other countries is that when you’re in a service industry and you want to go on strike, you tend to piss off the people who rely on you. In Japan, the bus drivers have mastered the ultimate passive-aggressive move. They run the buses and they let people ride for free. F**ken genius.

Elevators that let you know whether or not you need to take your umbrella with you. How is this not a thing everywhere. Bloody genius. 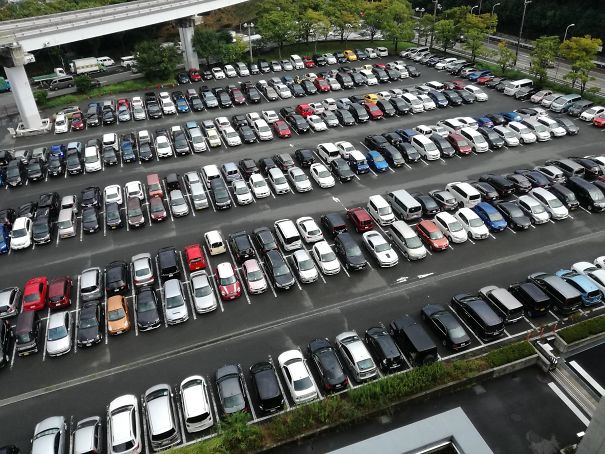 I’m told that almost every b*stard and his pokemon reverse parks in Japan. AND they park straight. What is this magic? Imagine if everyone here could learn to park straight. The world would instantly be a better place. 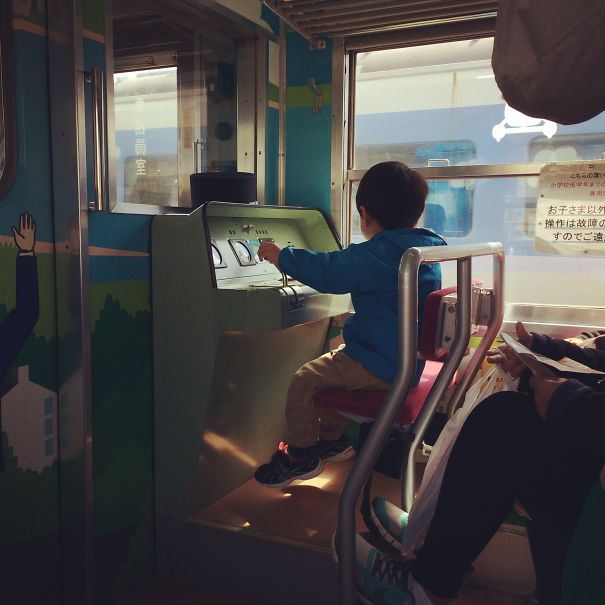 Trains in Japan are decked out with seats designed to amuse the little buggers. Aside from the fact they’d probably end up pissed on and covered in graffiti anywhere else, imagine how good it must be not to have to deal with Dazza and Kazza’s gross whiny kids running up and down the train and wiping their boogers everywhere. 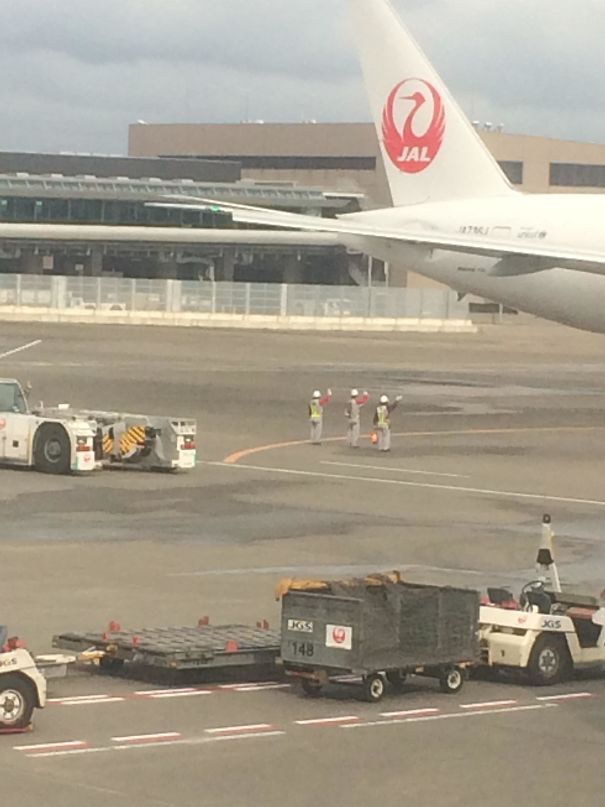 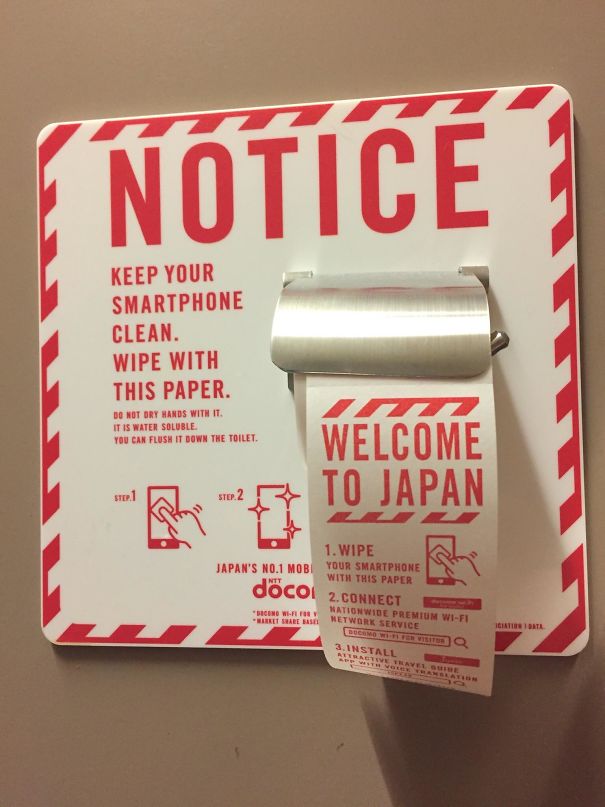 Water soluble smart phone cleaner. It’s a thing of beauty. I mean, imagine how nice it’d be to know you could wipe your phone clean after you were done playing Candy Crush on the sh*tter. 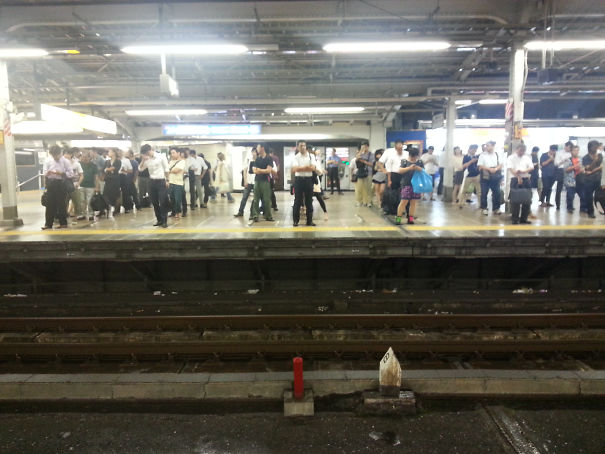 This one has to be a set-up. People lining up in orderly fashion for public transport. Don’t they know you’re supposed to swarm the opening doors like a herd of hungry zombies before people have even departed from the cabin. 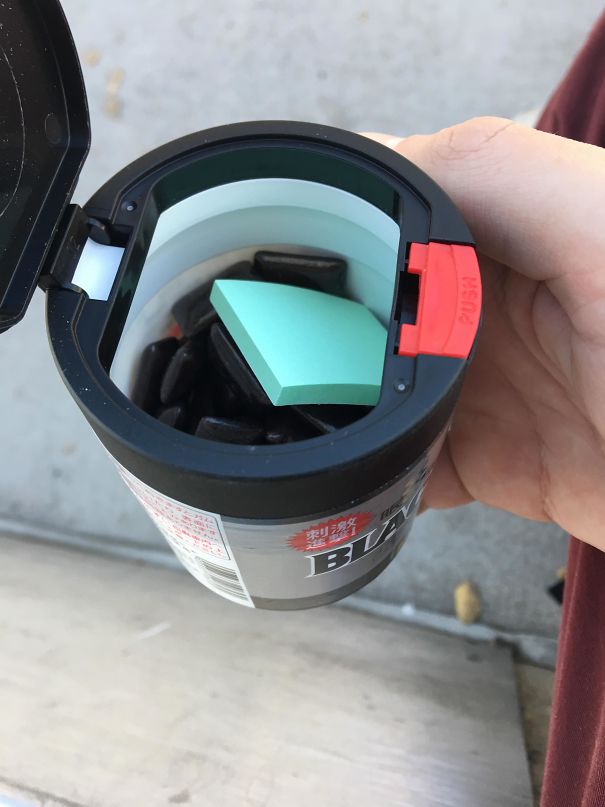 Gum comes with tissue paper to spit it in once it’s chewed. 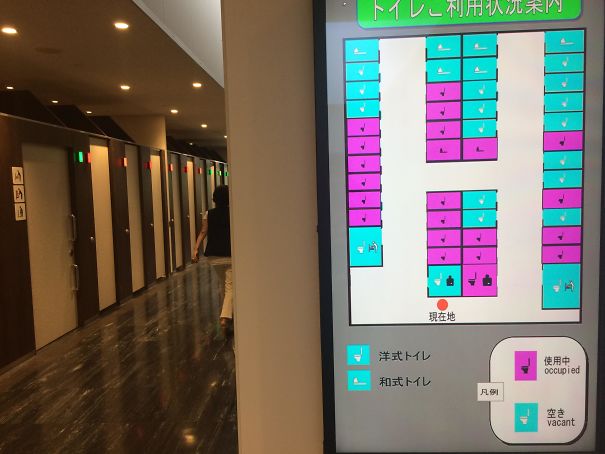 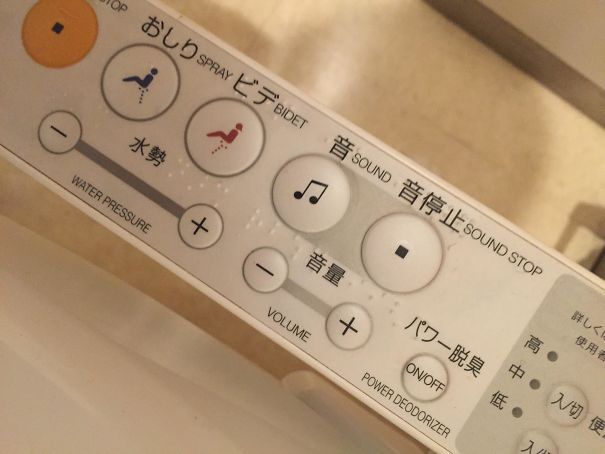 And while you’re in the sh*tter you can play sounds to stop the guy next to you from hearing your heinous farts. If you’re that way inclined. Sometimes a good fart needs to be heard. 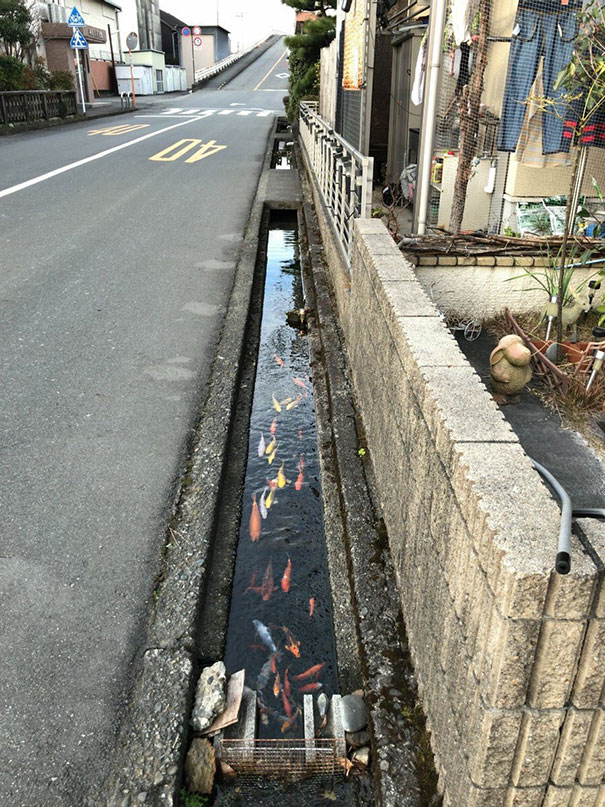 The cities are so clean the drains are free of rubbish and koi carp are able to live in them. This is just science fiction sh*t now. 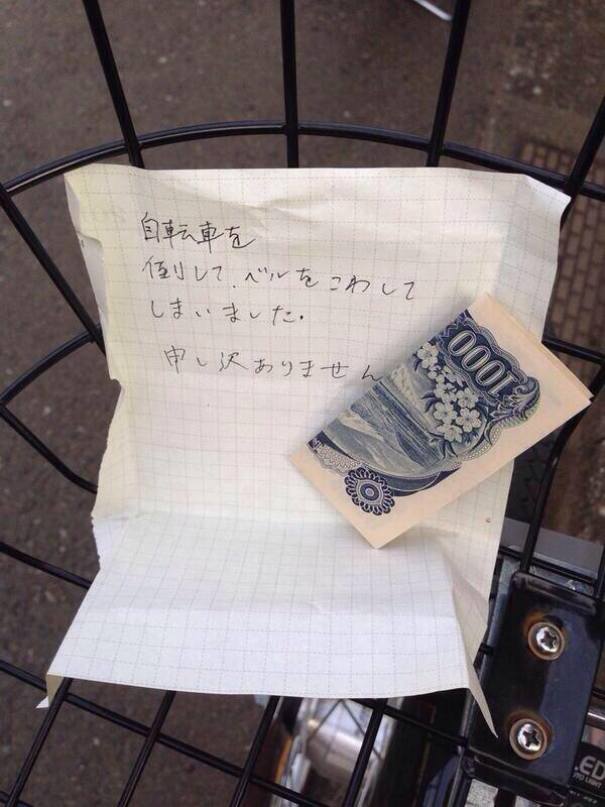 Honesty. That note features someone apologizing for knocking over and damaging a bike’s bell. The money is to replace it. AND NO ONE HAS TAKEN IT. What the f**k?

Final thought: Using these images as a guide, Japan seems to me like a renaissance city must have felt to the peasants of the 14th century. Let’s hope the rest of the world can take some of the ideas and adopt them. Bloody good sh*t, Japan. You’re awesome.