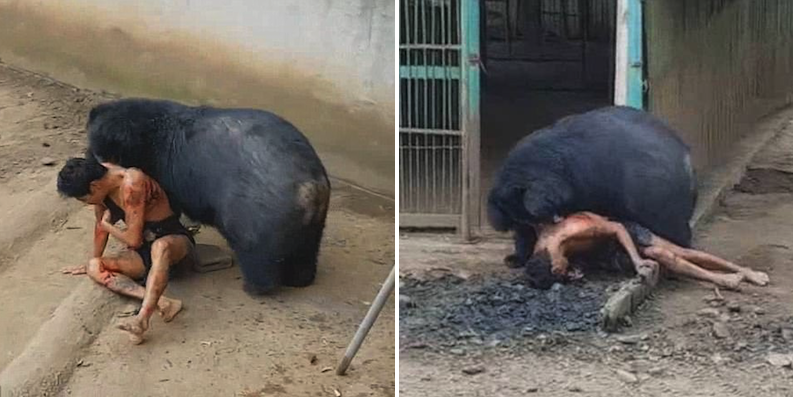 VIEWER DISCRETION: THIS IS ABSOLUTELY BLOODY HORRIFIC. PROCEED WITH CAUTION [AND NOT WHILE EATING, I RECKON]…

The day has arrived where a bear brutally and mercilessly mauls a tourist after he had been teasing it by dangling food out of its reach.

36-year-old Naiphum Promratee visited the bear in the rural province of Phetchabun, Thailand, after hearing reports that it was hungry and the monks looking after it were asking for food donations.

But rather than feed it, Promratee hung bowls of rice above the beast using rope. Unsurprisingly, this annoyed the sh*t out of the bear who stood on its hind legs, got hold of him, and dragged him into the enclosure. The frustrated beast knocked Promratee unconscious and tore chunks off his flesh with its sharp teeth.

Friends and horrified onlookers tried in vain to scare the bear off by hitting it with poles and throwing cold water at it, to no avail. It can be seen biting and scratching Promratee for about a minute before dragging him across the dusty enclosure and into its cage.

Amazingly, one of the onlookers ran into the enclosure and began hammering the bear with a pole in order to distract it while friends rescued Promratee. Paramedics arrived on the scene and rushed Promratee to hospital, where he is now recovering. 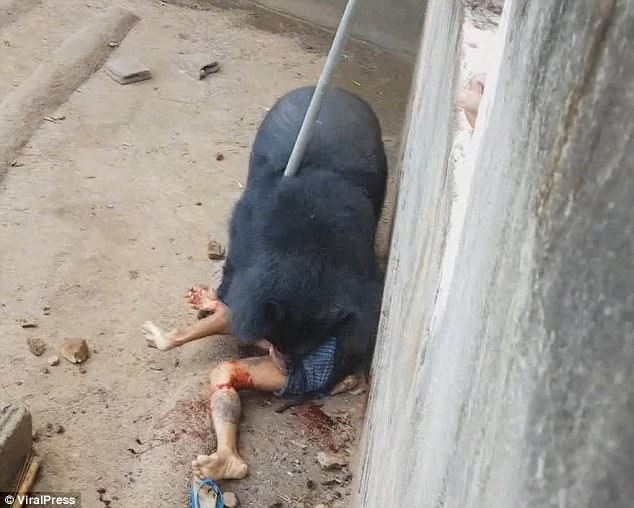 Onlookers tried desperately to frighten the bear off 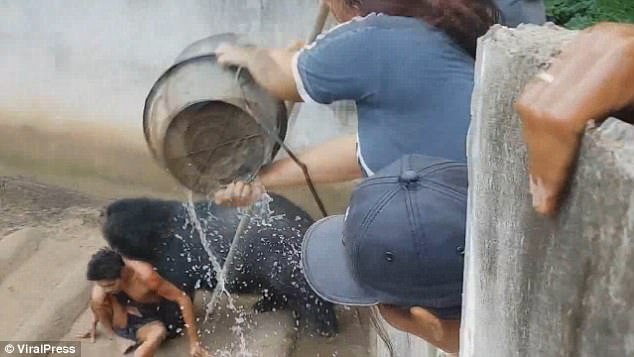 The day before the attack, the head monk at the Wat Luang Phor Lamai temple said that some of the animals were going hungry because they were not receiving enough food.

“We received a report today of a bear attack at 11.10am. The bear was among other creatures being raised by monks at the temple. The man had gone to the temple with four or five friends and he was toying with the bear. It pulled him in and attacked him. We arrived and found the man injured seriously. He had been with his friends and wanted to feed the animals. He was lucky to survive and he is in hospital now and able to talk.”

The monks keep around two dozen wild boars in a small enclosure and a bear in a cage and allow guests to feed them.

A spokesman for People for PETA released the following statement in the wake of the incident:

“If you taunt a hungry bear, you’re likely to get hurt. Bears are powerful predators who, in the wild, spend most of their time foraging and exploring home ranges that may cover thousands of miles – and smart people respect them enough to leave them alone.

They suffer immensely when they’re trapped in barren concrete pits, denied everything that’s natural and important to them and left with nothing to do but pace back and forth and beg for food, often slowly going out of their minds with frustration. While this man got away with his life, bears around the world will continue to live and die in misery as long as humans still incarcerate animals in the name of entertainment.” 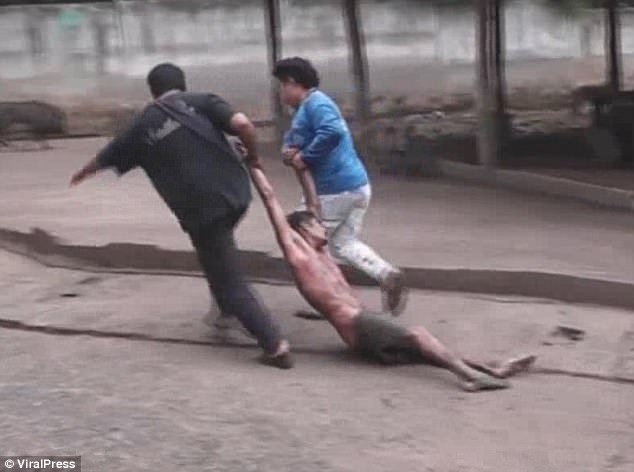 Eventually, the mans friends were able to drag him to safety

WATCH THIS SHOCKING INCIDENT ON THE PLAYER BELOW: