For all intents and purposes, the world of the rich and famous looks pretty f**ken garish to us peons staring in from the outside. And when you think about it, that’s probably one of life’s big ironies. The logical expectation is probably based on that link between wealth and taste we see so much in movies, but the reality probably has a lot to do with simplicity. When you’ve got a s**t-tonne of money, you can just get what you want and anyone else can go and get nicked. Check out this hotel room to see what we mean… 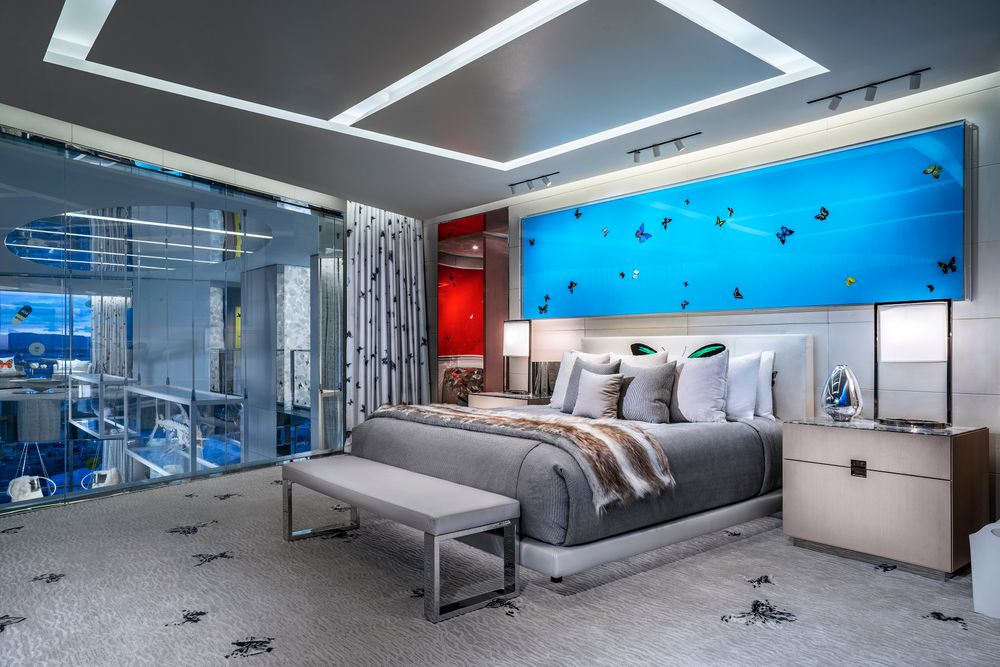 For this one, we’re heading to Vegas. Inside the Palms Casino Resort, you’ll find the most expensive hotel suite in the world. Designed by Damien Hirst, it’ll cost you a cool $100,000 US per night – for a minimum of two nights. Before you think we’ve gone all Catriona Rowntree on ya, just know that we’ve talked about hotel rooms before here on Ozzy Man Reviews, but never have we seen a room like this. Yeah, nah, we’ve seen an underwater room, we’ve seen a Game of Thrones room and we’ve even seen a potato room, but this is what happens when your architect jumps the shark. 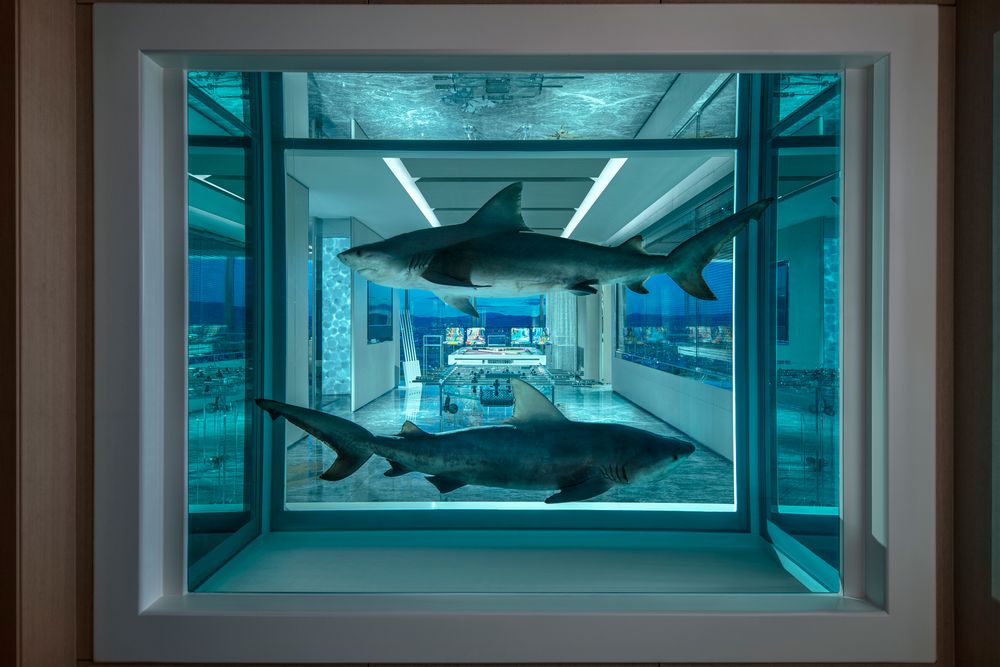 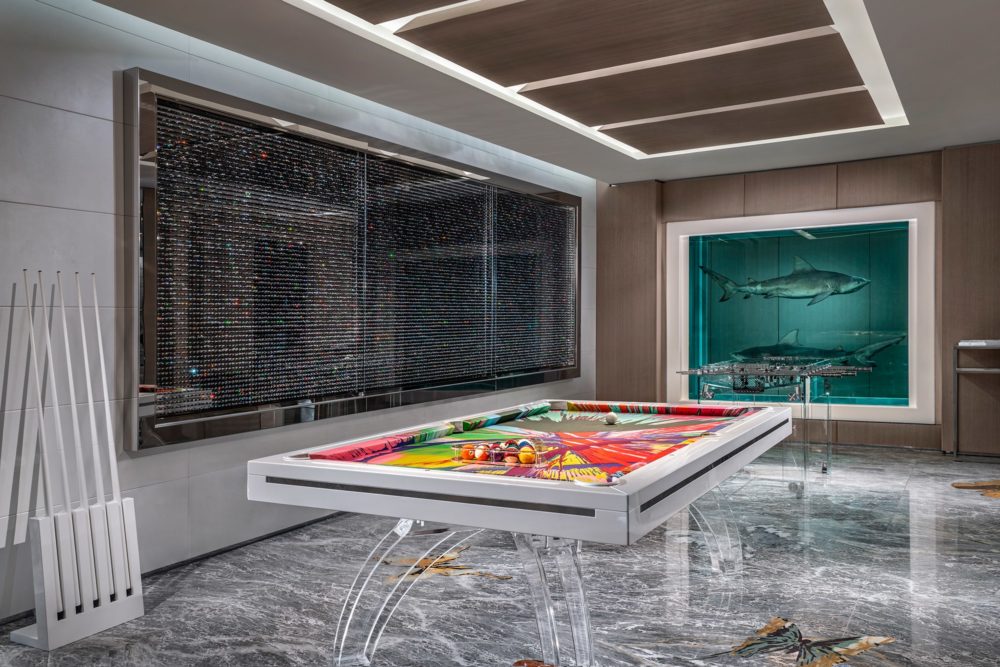 By that, we mean that f**k yes we want not just one but two formaldehyde sharks staring at us with their dead eyes while we go about our business. Once we’re done with that, we want f**ken butterflies on the floor too. Actually, we want butterflies everywhere. It reminds us of Grandma, and we like that s**t. 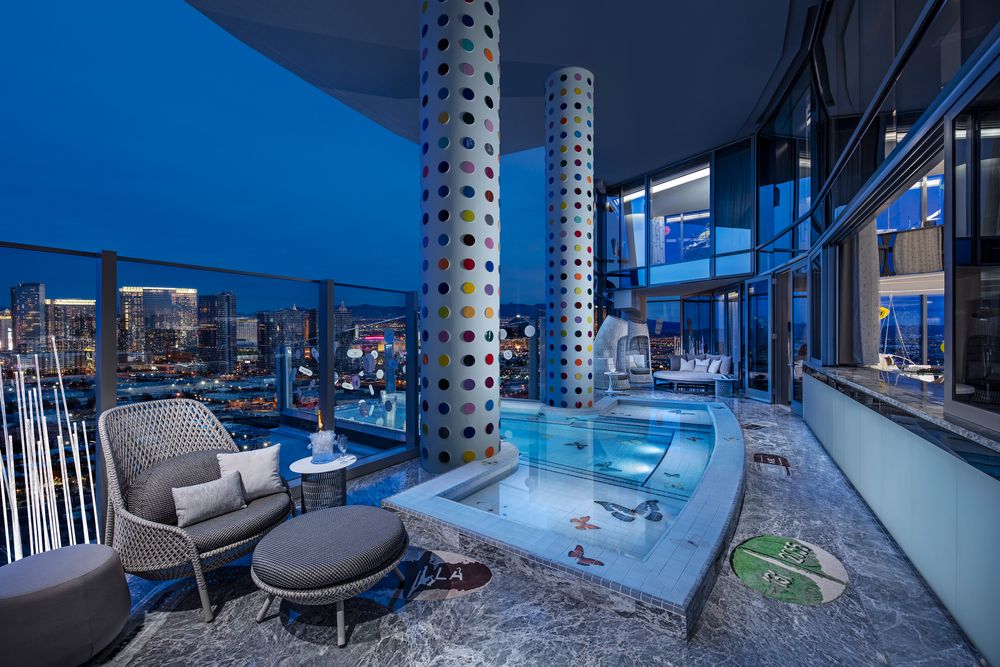 Obviously, we’re gonna need a f**ken swish pool overlooking the Vegas strip and a 17-seater bar adorned with Santiago’s marlin, but most of all, we want a f**ken bathroom decked out with a mind-bending grey on grey Rorschach theme. That’ll be bloody grouse when the head is spinning from all the piss we have the 24-hour on call butler bring us. 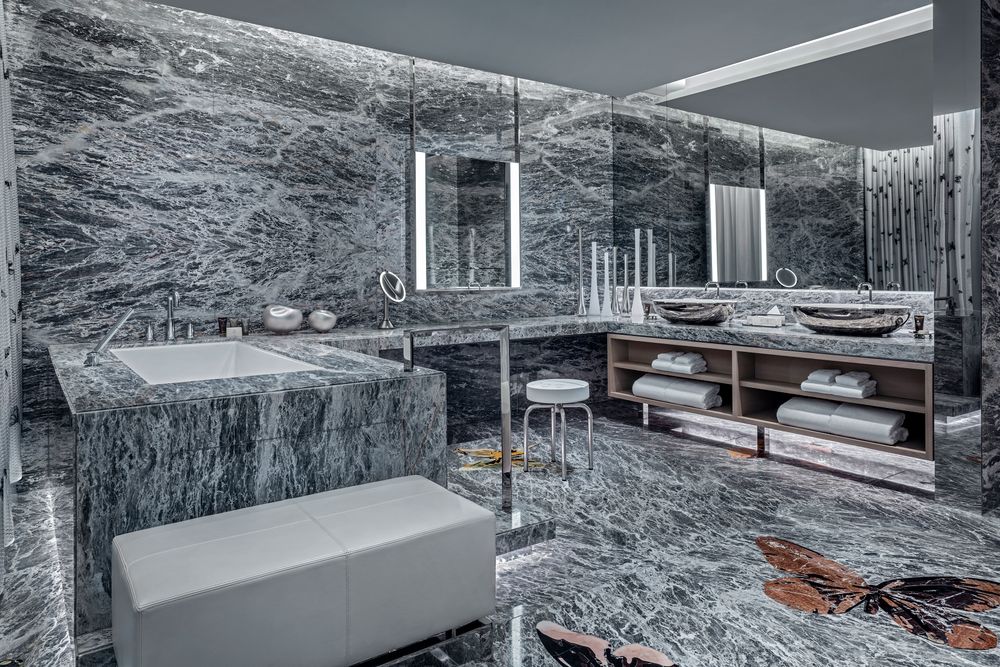 Don’t act like that’s all, though. We haven’t even mentioned the salt relaxation room, gym or dedicated massage rooms. That’s probably because they pale in comparison to the chauffeured luxury car service and $10,000 credit on the pokies.

See what we mean, when you’ve got cool shit like that – and a powder room to take rich people drugs in – you won’t give a f**k what the room looks like. Yeah, nah, if you’re dropping $100,000 per night for a minimum of two nights, you’ll bloody love it. 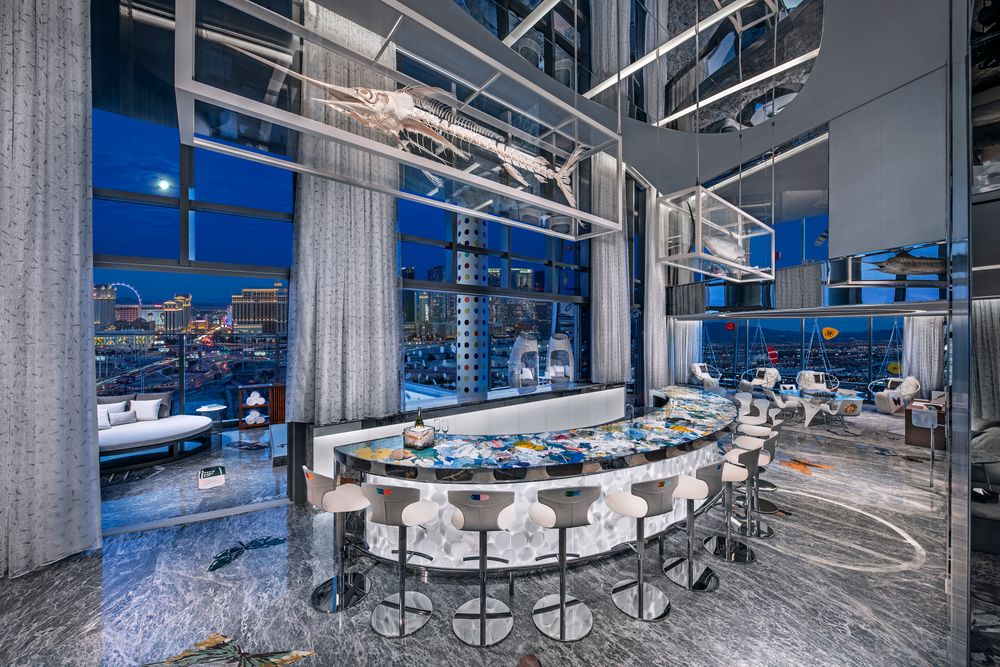